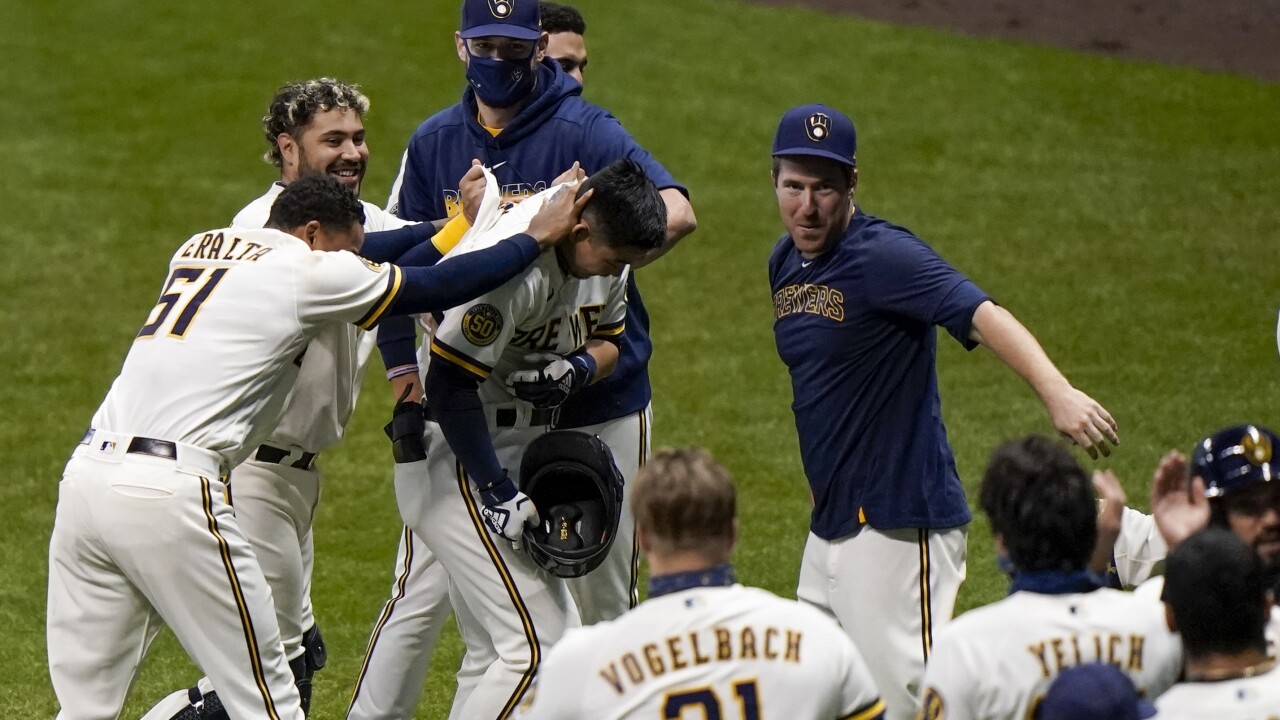 Morry Gash/AP
Players congratulate Milwaukee Brewers' Keston Hiura after his walk off sacrifice fly during the eighth inning of the first game of a baseball doubleheader against the St. Louis Cardinals Monday, Sept. 14, 2020, in Milwaukee. The Brewers won 2-1. (AP Photo/Morry Gash)

MILWAUKEE (AP) — Paul DeJong knocked in the go-ahead run with a two-out single in the ninth inning as the St. Louis Cardinals edged the Milwaukee Brewers 3-2 to salvage a split of their doubleheader Monday.

Both games went to extra innings after being scheduled for seven.

The Brewers won the opener 2-1 when Keston Hiura hit a sacrifice fly to score Avisail Garcia with the winning run in the eighth.

Monday’s doubleheader opened a three-day, five-game series between these NL Central rivals who were facing each other for the first time this season.