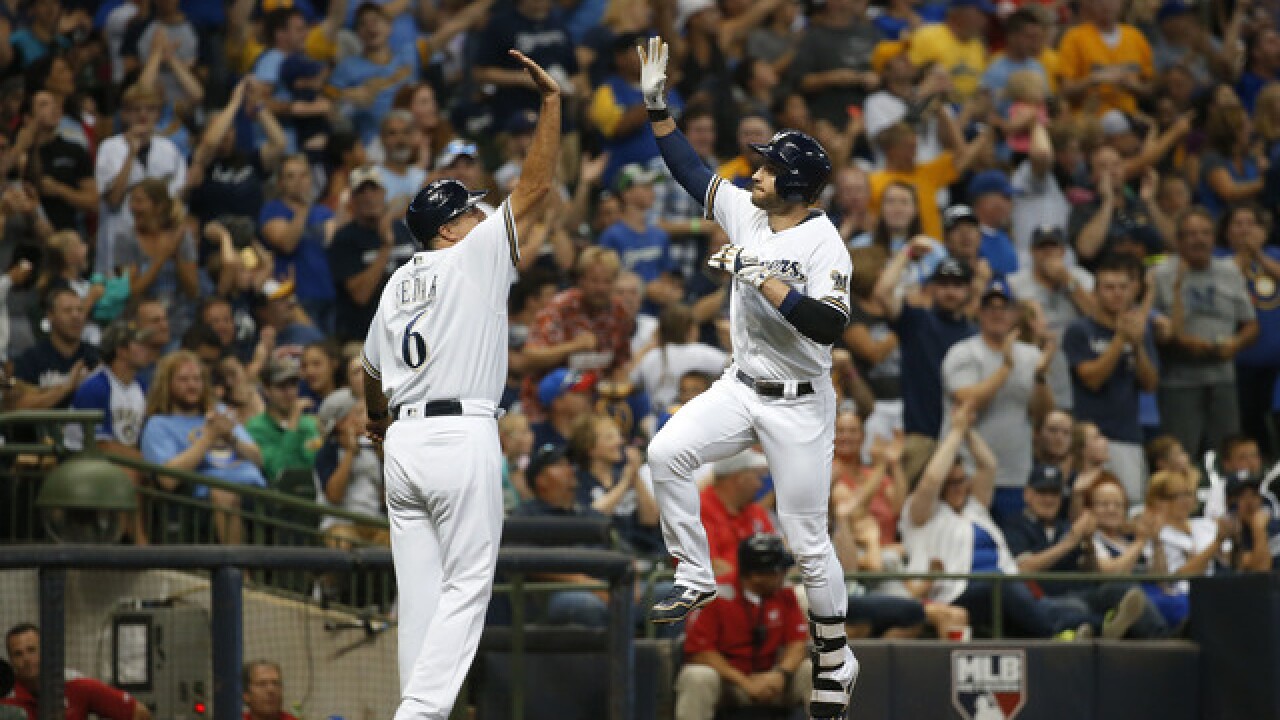 Copyright 2018 Scripps Media, Inc. All rights reserved. This material may not be published, broadcast, rewritten, or redistributed.
John Konstantaras
MILWAUKEE, WI - SEPTEMBER 16: Ryan Braun #8 of the Milwaukee Brewers celebrates with third base coach Ed Sedar #6 after his home run during the sixth inning during their game against the Miami Marlins at Miller Park on September 16, 2017 in Milwaukee, Wisconsin. (Photo by John Konstantaras/Getty Images)

The Milwaukee Brewers officially announced their opening day roster for the 2018 season.

The team went with 11 pitchers and 14 position players.

Nine of the 11 pitchers are right-handed with Brent Suter and Josh Hader being the only left-handed options.

In the field, the Brewers will open with two catchers, Jett Bandy and Manny Pina. While a third catcher, Stephen Vogt, will start the season on the disabled list.

In a surprising turn of events, the Brewers will roster three first-basemen: Eric Thames, Jesus Aguilar and Ji-Man Choi.

The Brewers start their 2018 season tomorrow in San Diego. Chase Anderson will be the opening day starter and Ryan Braun will be the starting first baseman against the Padres Clayton Richard.