TMJ4's Lance Allan sat down with the skipper 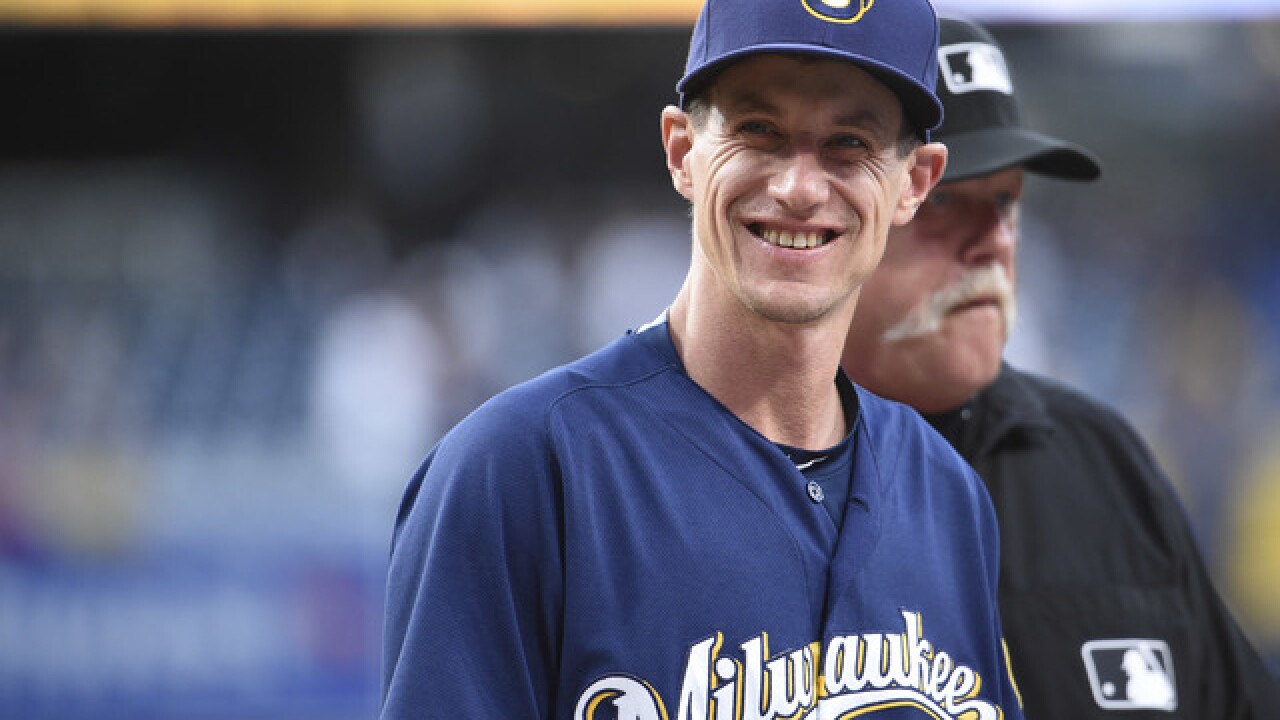 Copyright 2017 Scripps Media, Inc. All rights reserved. This material may not be published, broadcast, rewritten, or redistributed.
Denis Poroy
<p>SAN DIEGO, CALIFORNIA - AUGUST 1: Craig Counsell #30 of the Milwaukee Brewers looks out into the stands before a baseball game against the San Diego Padres at PETCO Park on August 1, 2016 in San Diego, California. (Photo by Denis Poroy/Getty Images)</p>

TMJ4’s Lance Allan sat down with Brewers manager Craig Counsell to talk about the upcoming 2017 season.

Lance Allan: If you’re the marketing guy, what do you tell the fans?

Craig Counsell: Well I'm not the marketing guy. I didn't take that job.

You've got enough on your plate being the manager?

Yeah, yeah. I worry about getting the players better and having them improve and getting us to a place where we're going to win a lot of baseball games. That's what I worry about.

What are you focused on in your second full year as the Brewers manager?

When you have youth, you have a little bit of uncertainty. You feel like you're on the edge a little bit. And that's good. That's what I'm so fired up about this year, and I think what Brewers fans should be excited about is that we've got these guys that have shown these special things. When they're young, they're going to show it in flashes. And the key is to kind of move them forward.

Are you surprised that Ryan Braun is still in Milwaukee?

I've always thought he was going to be the left fielder. And I don't even think they've been rumors. There's a difference between rumors and just stories. These have just been stories. Planning all offseason, I don't think I ever once considered we wouldn't have Ryan.

The Brewers could use some sizzle, and that could come in [outfielder] Keon Broxton.

What [Broxton] did, in I think it was probably 180 plate appearances in the second half of the season, was exciting. It was eye opening. It was wow.

What is spring training going to be about for you guys?

We're building something. Every spring there's a reset to that.  And you have to push reset, and understand [that] said you're getting into a different boat.  And you don't really know where you're sailing to.  But that's what makes it so exciting.  You get to charter the course, and figure out where it goes and help kind of navigate where it goes. But the start of that a lot of fun.