Brewers' Josh Lindblom worries for his family amid COVID-19 pandemic 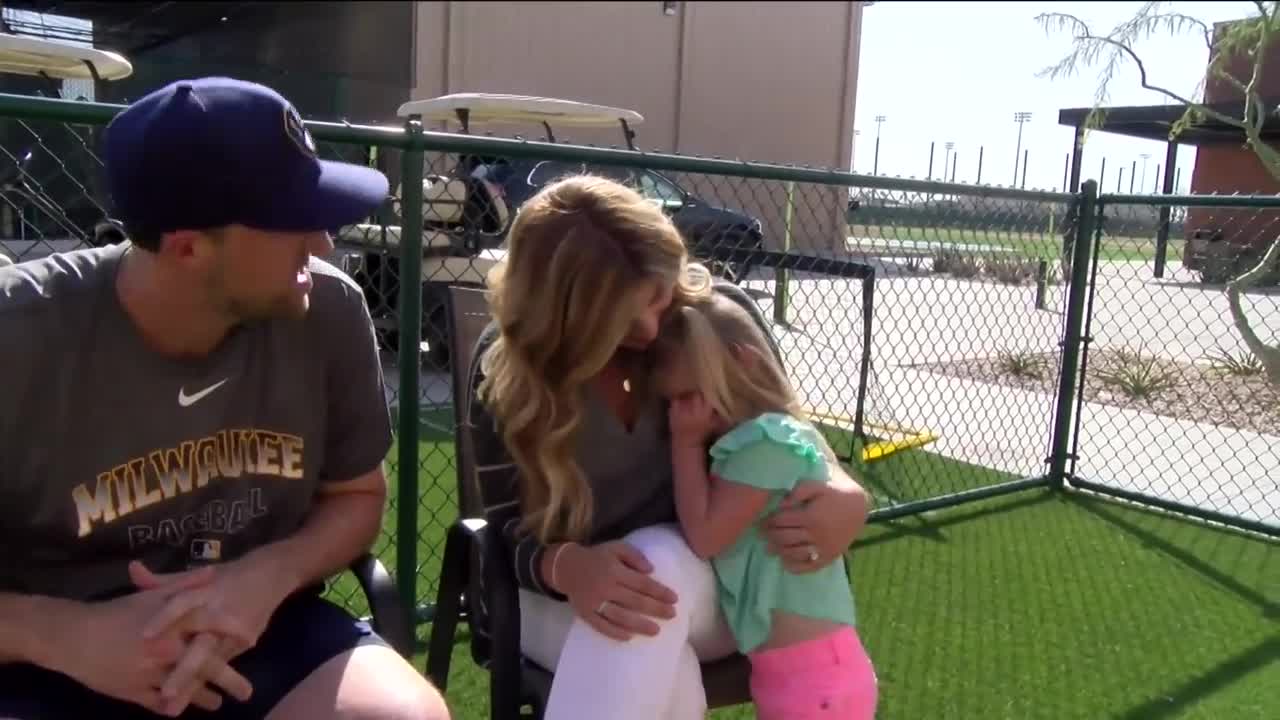 When we first met the Lindblom's at spring training, Josh and his wife Aurielle shared how their 3-year-old daughter Monroe nearly died at birth from heart issues.

MILWAUKEE — When we first met the Lindblom's at spring training, Josh and his wife Aurielle shared how their 3-year-old daughter Monroe nearly died at birth from heart issues.

It's a lot on the mind of the Brewers' new starting pitcher.

"It's been tough," Josh Lindblom said. "You know, I think, you never think that it's going to impact you. You know, it's always the other teams that are dealing with it, but then when the Cardinals thing happened? It like, kind of hit close to home a little bit. And it was difficult you know to deal with that to realize hey, you are still susceptible. Your family's still susceptible. So it's been kind of a hard week, and it's kind of weighed on me mentality a little bit. But you know I think there's a responsibility that I have and that we all have, to the people that are trying to make this work."

As a husband and a father, you can tell it certainly weighs on Josh Lindblom's mind as he goes to work.

But his wife Aurielle expects certain things and doesn't want Josh in a bubble around his family.

"Aurielle wouldn't be too happy if I tried to stay away from the kids when I'm at home," Lindblom said with a laugh. "You know, it really never crossed my mind to opt-out. You know, like I've said in the past, we've kind of dealt with this, with Monroe. Just taking extra precautions. But now you kind of heighten those precautions a little bit. Being a little safer, trying to be a little safer when we go out. You know, I think the hard thing is, with kids, there's a little bit of guilt you feel. You know, you take your kids to go get ice cream and then you take them to the park, maybe. And it's like, I feel guilty doing it when we're at home because you don't want to expose anybody."

Josh said dehydration helped cause his back spasms in his return to the majors. But he threw a bullpen session and is good to go for Thursday's start in Chicago against the White Sox.