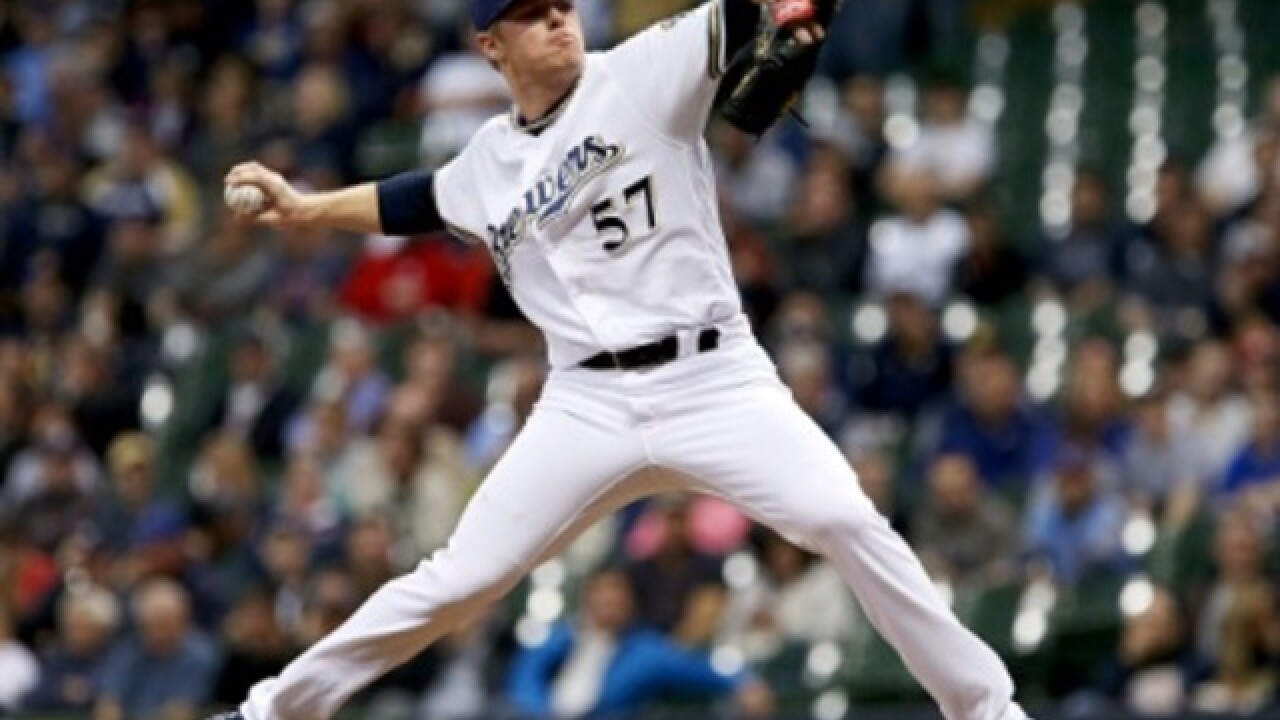 Posted at 6:19 PM, May 27, 2017
MILWAUKEE (AP) -- Chase Anderson has a no-hitter through seven innings for the Milwaukee Brewers against the Arizona Diamondbacks on Saturday.
The 29-year-old right-hander set a career best with 11 strikeouts but walked three while throwing a career-high 111 pitches. The Brewers lead 5-0.
Arizona's best opportunity for a hit was when Jeff Mathis flied out to the warning track in the fifth. In the seventh, third baseman Travis Shaw fielded Rey Fuentes grounder and threw him out by two steps for the final out.
Anderson was drafted by Arizona in 2009 and pitched for the Diamondbacks in 2014 and 2015 before Milwaukee acquired him in a trade last year.
Copyright 2017 The Associated Press. All rights reserved. This material may not be published, broadcast, rewritten or redistributed.