CINCINNATI - It wasn't a full-on fight, but there was certainly drama during Thursday night's game between the Milwaukee Brewers and Cincinnati Reds.

In the bottom of the third inning, Reds first baseman Joey Votto took a pitch on the outside from Junior Guerra that was called a strike. Votto wasn't happy with that call, and argued about it with the umpire.

Something about what Votto said must have rubbed Brewers catcher Erik Kratz the wrong way, because a short while later he stood up at the plate and started having what looked like a tense conversation with him. That's all it took for the benches to clear. Watch the incident below:

We may never know exactly what Kratz and Votto actually said to each other to cause the fracas, but Kratz joked about the incident after the game at the expense of the Canadian-born Votto:

Erik Kratz on that little dust-up with Joey Votto: "Completely blown out of proportion, that’s all. We were discussing the Canadian dollar and flawed systems in our two governments. He was coming from a different side of it, and we were just discussing those kinds of things."

Not everyone was in a fighting mood. First baseman and professional home run hitter Jesus Aguilar tried to make peace, as one viewer noticed: 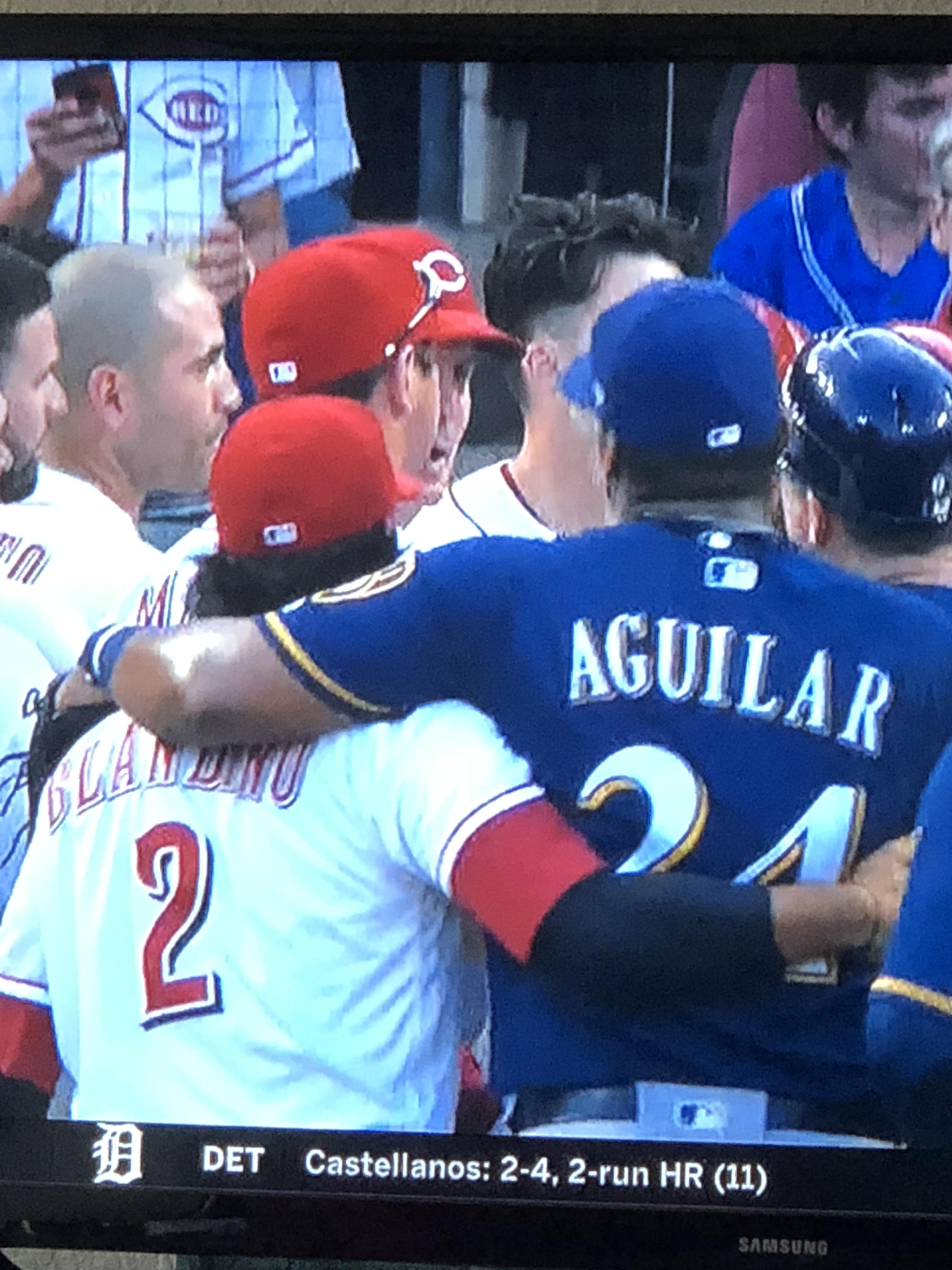 The Brewers-Reds series continues in Cincinnati Friday night. The Brew Crew currently has a 2.5-game lead over the Chicago Cubs in the NL Central.