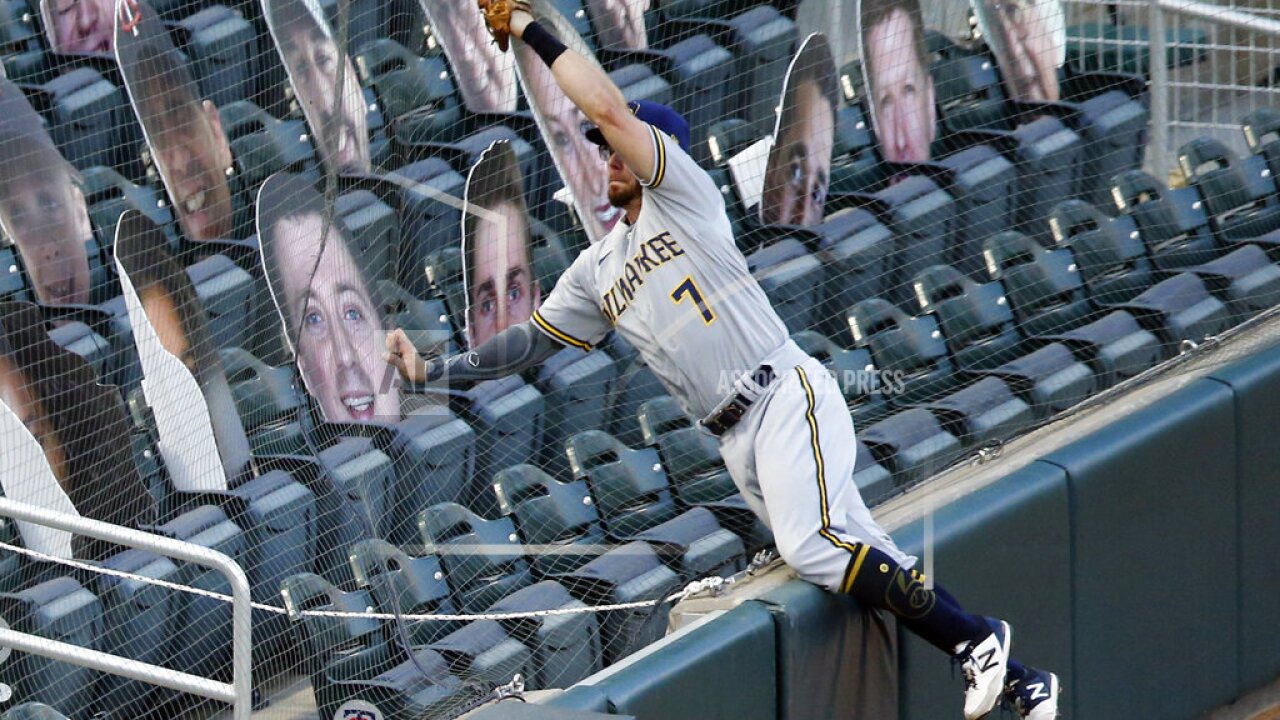 Jim Mone/AP
Milwaukee Brewers third baseman Eric Sogard gives over the fence and into the net to catch a foul ball off the bat of Minnesota Twins' Ehire Adrianza in the fourth inning of a baseball game Thursday, Aug. 20, 2020, in Minneapolis. (AP Photo/Jim Mone)

Jeffers drove in a run with a single in his first major league at-bat, and the Twins improved to 7-1-1 in series this season.

Justin Smoak homered for the Brewers in the seventh, but Cruz responded with his ninth homer for the Twins.

The Brewers failed for the sixth time this season to move above .500. Berríos struck out eight of his first 13 batters.