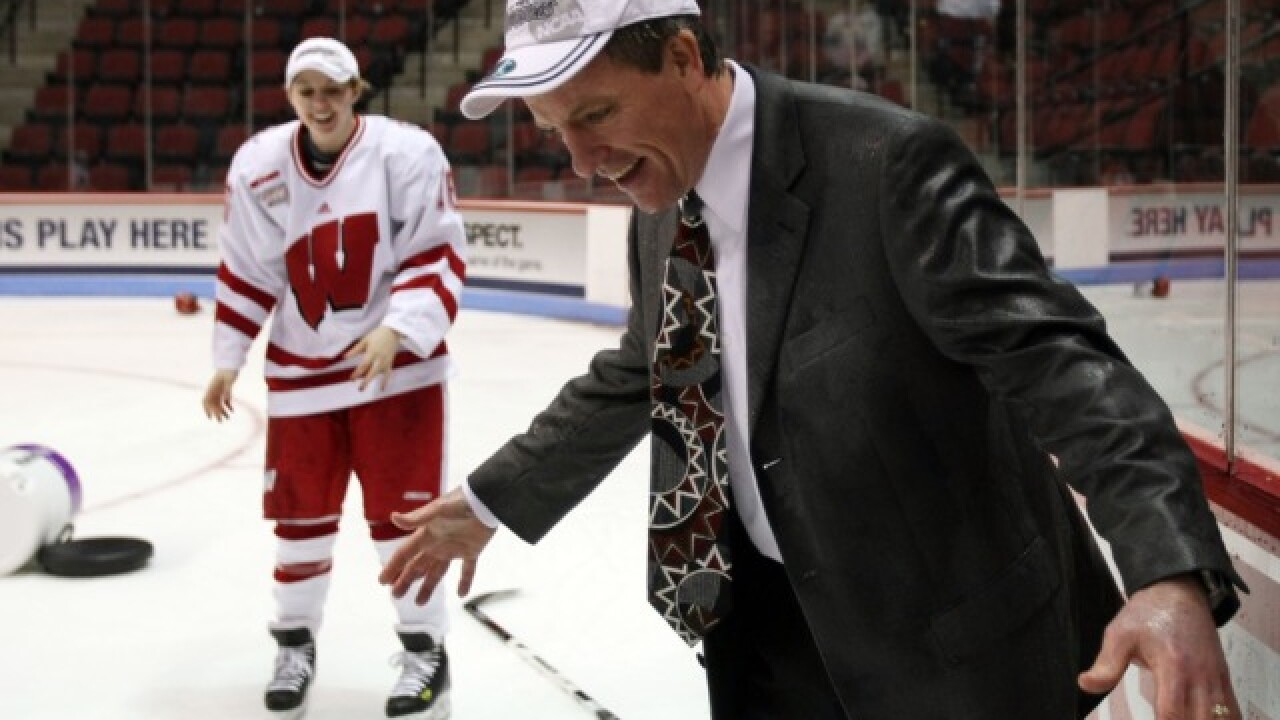 Next year the Wisconsin Badgers will honor a member of the Miracle on Ice 1980 Olympic U.S. Hockey Team and alum Mark Johnson by retiring his jersey in the rafters of the Kohl Center.

Johnson was a center on the gold medal-winning team that defeated the Soviets in the medal round during the Olympics in Lake Placid, New York.

Johnson was a junior playing for the Badgers when he was selected to the 1980 team. He scored two goals against the Soviets and was the leading scorer on the Olympic team.

"When I heard the news, I was very excited and certainly humbled by being recognized this way," Johnson said in a news release. "It is certainly a big, big honor.

"I feel very fortunate that I had an opportunity to fulfill a childhood dream. I remember being a stick boy when I was eight or nine and watching Badger hockey for a lot of years on the bench hoping one day I would get to wear the jersey and play for the University of Wisconsin. I got the opportunity to do that and have great memories. This is going to be a great memory that I am extremely proud of and certainly my family is very proud of. It is going to be a very special night and I am looking forward to it. I can't be more appreciative."

In addition to his Olympic victories, Johnson led the Badgers to an NCAA title in 1977, and played in two Frozen Fours.

Johnson also coached the Wisconsin men’s hockey program in 1996 as an assistant coach. He then became the head coach of the women’s program in 2000, going on to win four NCAA titles.

His jersey will be retired on Feb. 9. It will be the first hockey jersey to be retired at the Kohl Center.

The number 10 will stay in the Badgers’ rotation, but his name and number will forever be honored in the rafters.