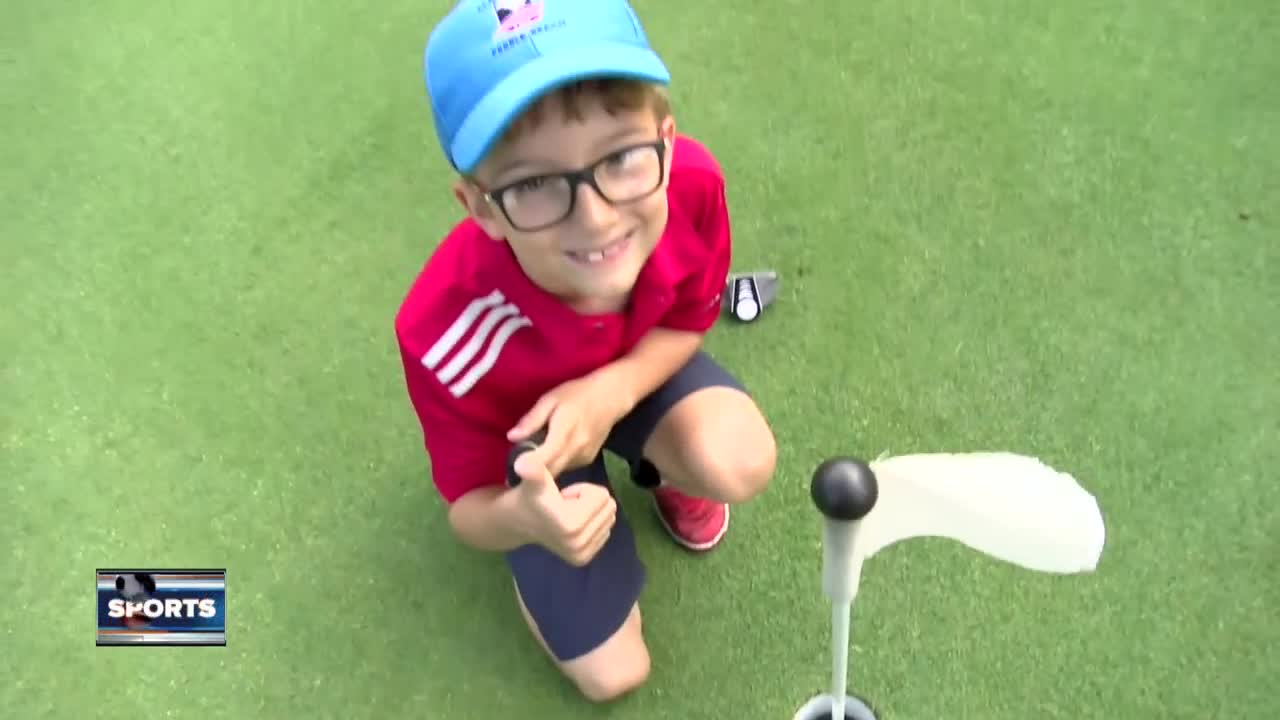 "Your back swing affects everything," he said.

However there's more than a favorite sport being learned on the course.

"There's kids that struggle with honesty or struggle with respect, Max has really grown and really understood what those (struggles) are," said Abbie Hampton, Max's mom.

But it was the First Tee organization and Pebble Beach golf course that sparked his love of the game.

Max won a trip with his dad to the U.S. Open at Pebble Beach, courtesy of First Tee. It was a dream come true, that his mom told him about.

"It really solidified his love of golf, his love of sports and just time with his dad," said Abbie. "It's something they can share together."

"She told me I had just won a trip to the U.S. Open and at first I didn't believe her, and then, this can't be happening," Max said.

But now he has the gear to prove it.

"Me and my dad go to the merchandise tent and it's about the size of Dick's Sporting Goods," he said. "It's huge, and I got this hat."

For now, Max is having fun but the future is unknown. Hopefully we will see him at the acclaimed Pebble Beach Course again.

"I hope that he continues with the love of the game, whether or not he's playing professionally, it doesn't matter to me," said Abbie.

"I can't really picture myself as a grown up out there because I'm only 8, and I have a while to go until I'm grown up," Max said.