The science of robocalls: Nearly 20 million calls made in Milwaukee last month 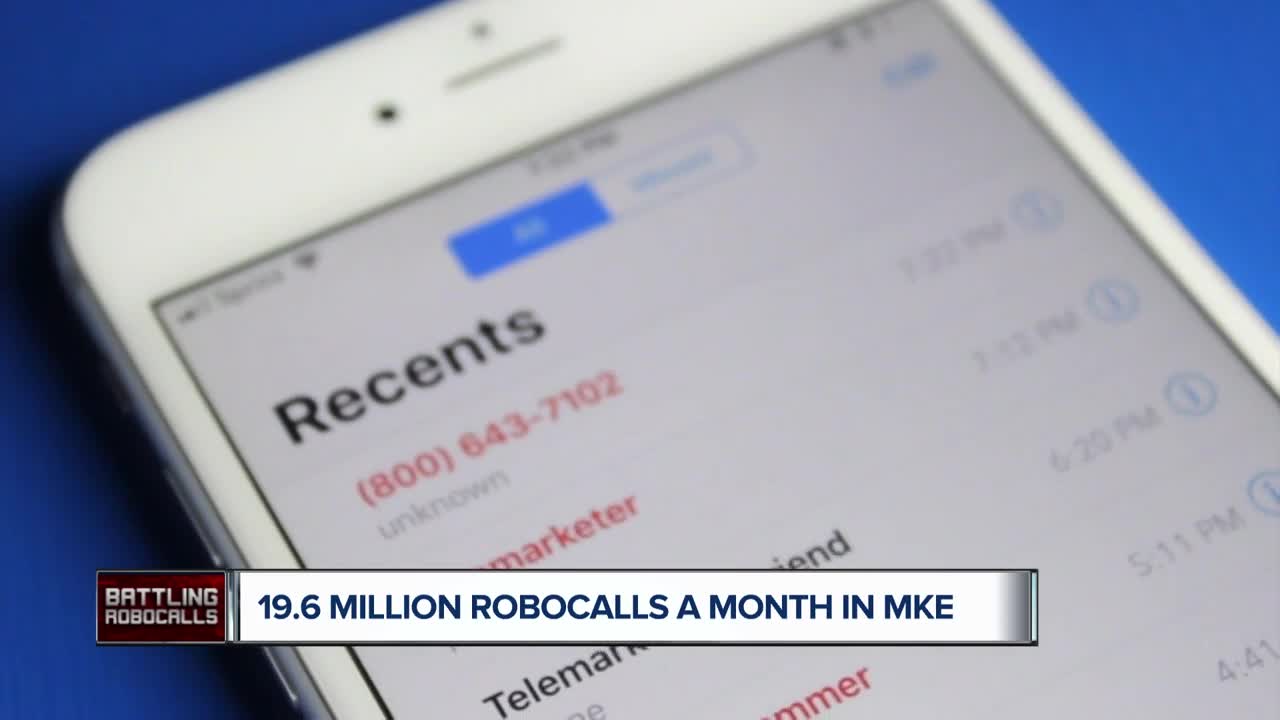 Seven robocalls are made to someone in Milwaukee every second.

Robocalls are at an all time high. YouMail found 19.6 million Robocalls rang throughout Milwaukee in April. That's 652,400 a day and 27.2 per hour. Seven robocalls are made to someone in Milwaukee every second.

"Because the software allows them to dial thousands of numbers simultaneously," said Jonathan Arnold.

"The computers are making calls because a human has told them to make the calls," said Arnold.

It's a complicated problem that stems from a simple concept.

"It's not really hard. It would probably take the average computer user maybe a day or two to set one up," said Arnold. "A lot of them do come from overseas, but some of them also originate domestically."

Arnold said you can't really blame your cellphone provider for not stopping the calls.

"There is not much that the carriers can do because they have to abide by call completion mandates, so calls that are sent to a receiver have to be received," said Arnold.

He said the answer to fewer robocalls is likely federal legislation.

"And that's just not happening right now. It's going to probably be an issue for the foreseeable future," he said.

The FCC said almost half the calls placed to cellphones in the U.S. in 2019 will be unwanted.