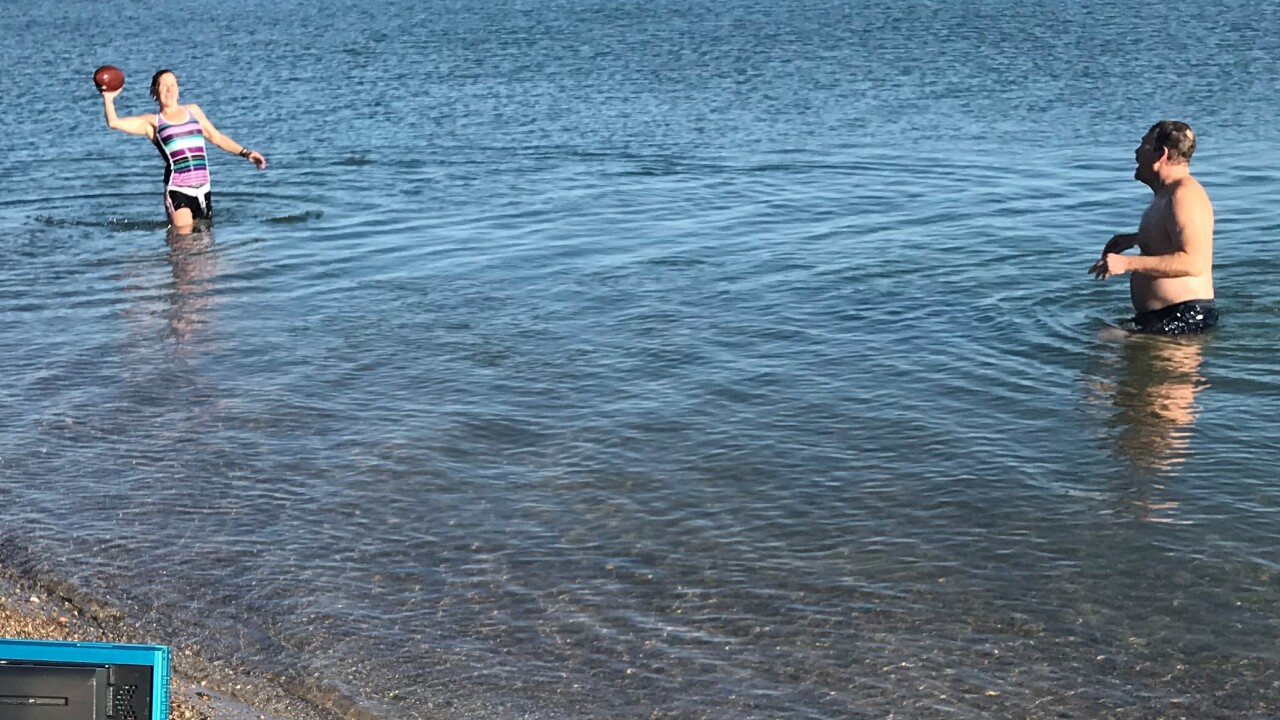 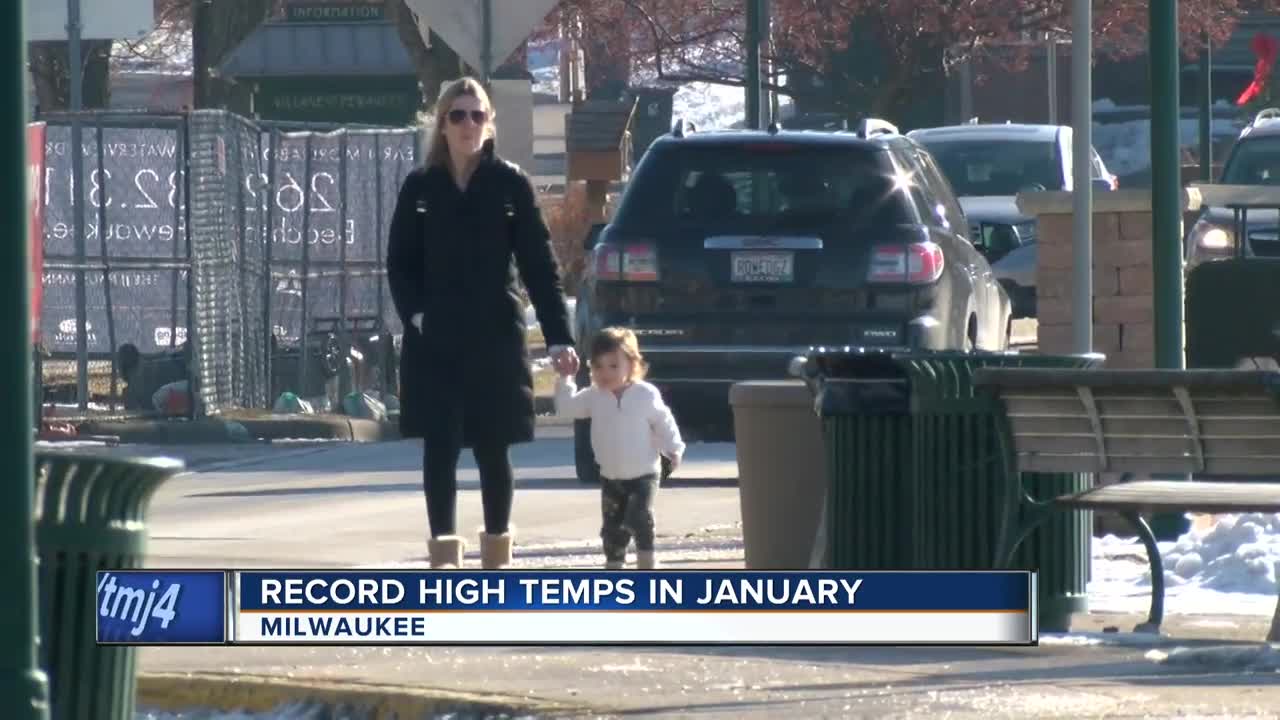 MILWAUKEE -- The warmer temperatures on Saturday afternoon drew people across southeast Wisconsin outside.

On Saturday, Milwaukee broke the record high temperature for January 5 with a high of 56 degrees.

Some strolled along Brady Street on a mild, winter, weekend day.

Others walked the Milwaukee Lakefront.

"It's January and this doesn't happen a lot," said one walker.

Nancy Rutowski and her brother really enjoyed the weather. The two typically participate in the New Year's Day Polar Plunge.

But this year, they had to miss the festivities.

So Rutowski and her brother dove into the frigid lake on Saturday afternoon instead.

Chris Serfozo and his family spent the day walking near the water.

"We're just hanging out and enjoying the weather," Serfozo said.

At VeloCity Cycling in Pewaukee, store manager Dan Truesdale said the business had seen an increased number of cyclists coming in to buy apparel, and bringing bikes in for repairs.

"The really serious cyclists just like to be outside," Truesdale said. "So if that temperature jumps up a little bit, it just makes it that much more enjoyable for them."