We're Open: Vennture does it all 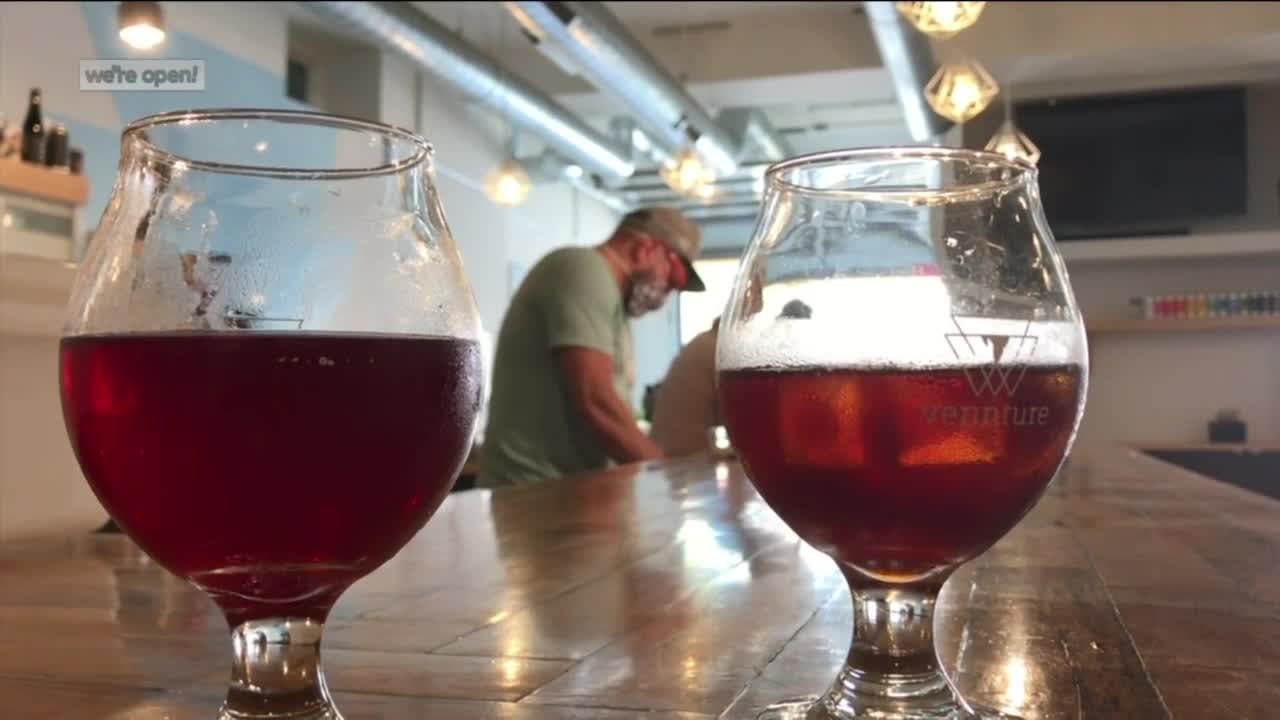 We've seen a lot of places that roast their own coffee, or brew their own beer. In today's We're Open, Rod Burks is on North Avenue at Vennture Brew - where they do it all.

MILWAUKEE — Some may roast coffee, some may brew beer, but the owners at Vennture Brew Co say they're the only taproom in the city of Milwaukee that does both.

"One of our regulars came in and she gets iced lattes all the time and she saw us pouring beer and she didn't put two and two together," says co-owner Simon McConico. "She was like, 'wait you serve beer here?' It's like, yeah, we make the beer and we make the coffee. We do it all here."

That's right folks, at Vennture on North Avenue in Washington Heights, they brew their own beer and they roast their own coffee. Best friends Jake, Rob, and Simon have been running this place for two years.

"We try to have something for everyone so if you drink Miller and you drink Bud, we can find a beer for you," McConico says. "If you drink IPAs and stouts, we got a beer for you. We truly want to be a neighborhood space with all of our beverages."

"If you like your Starbucks kind of sweeter, we can find something for you. If you're a hardcore coffee nerd and you just want to slurp down a shot, we can make that happen," said McConico.

They just opened up after closing their doors for three months because of the pandemic. They say what really moved them was the customer support.

"We had a couple of people that walked and just handed us envelopes," he says. "They didn't want to buy anything. They wanted to make sure that we were taken care of, which is insane to me. And some of the sums of money in those envelopes were not small sums."