Venezuela: 2 US 'mercenaries' among those nabbed after raid 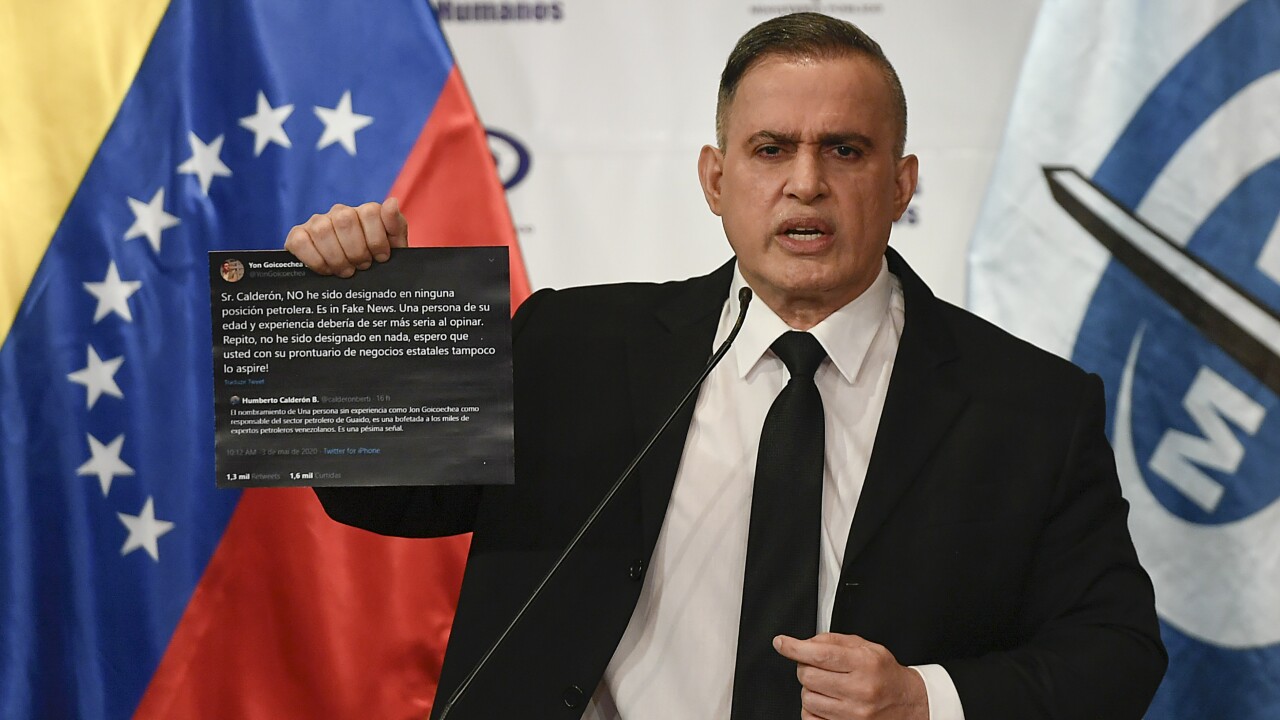 Copyright 2020 The Associated Press. All rights reserved
Matias Delacroix/AP
Venezuela's Attorney General Tarek William Saab holds up twitter posts during a press conference regarding what the government calls a failed attack over the weekend aimed at overthrowing President Nicolás Maduro in Caracas, Venezuela, Monday, May 4, 2020. The twitter posts are between two members of the opposition, Humberto Calderon and Yon Goicoechea. (AP Photo/Matias Delacroix)

The Monday arrests come a day after a deadly beach raid near the Caribbean nation’s main port city.

They’re just two of dozens that Venezuelan officials have detained since the pre-dawn beach raid on Sunday that left eight people dead.

Maduro says the soldiers prove the U.S. is plotting his ouster.

However, President Donald Trump says the U.S. had nothing to do with a suspected incursion into Venezuela that landed the U.S. citizens behind bars in the crisis-stricken nation.

Trump said Tuesday that he learned of the pair's detention but said “it has nothing to do with our government.”