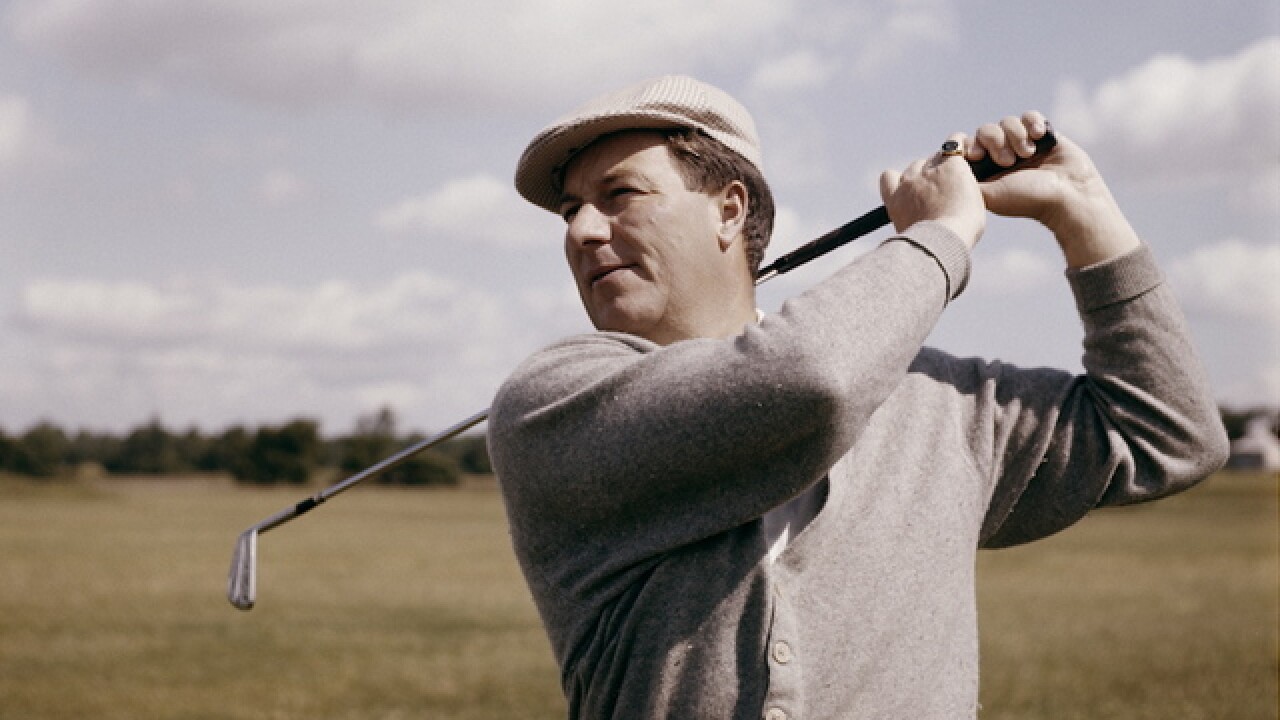 Image copyright 2018 Getty Images. All rights reserved. This material may not be published, broadcast, rewritten, or redistributed.
Don Morley
<p>Peter Thompson of Australia practises his swing on September 1, 1965 at The Walton Heath Golf Club in Walton on the Hill, United Kingdom. </p>

Thomson won five British Open titles in the 1950s and 1960s and is the only player since the turn of the 20th century to win golf's oldest major championship three times in a row.

He passed away at home in Melbourne surrounded by family on 20 June, according to Golf Australia.

"Golf has lost one of its great champions today," said a spokeperson from the R&A , organizers of the British Open. "He will always be remembered in St Andrews."

Compatriot and fellow World Golf Hall of Fame inductee Karrie Webb said she felt "honored" to have known Thomson, describing him as an "Aussie legend and true gentleman of the game."

The PGA of America called him a "legendary champion who represented his country with honor," adding he had earned a status as "one of the game's most beloved ambassadors."

King of the links

Born on 23 August 1929 in Brunswick, Australia, Thomson honed his considerable skills climbing through a gap in the fence to play the nine-hole Royal Park course in Melbourne.

Aged 14, with a handicap of 20, he received his first full set of clubs and a course membership. Two years later, he won the club championship.

Thomson could easily have pursued a different vocation after studying to earn a chemistry degree and writing a number of newspaper columns, but golf was always his foremost passion.

After beginning his professional career in 1949, he spent much of his time on the European circuit.

Only four other golfers in history (Harry Vardon, JH Taylor, James Braid and Tom Watson) have won as many Open Championships.

In fact, Thomson finished either first or second at the Open seven years running (1952-58) -- the longest such streak in the prestigious tournament's history.

Not that Thomson was a one-tournament man. The golfer captured the national championships of 10 different countries, including the New Zealand Open on nine occasions.

In all, he amassed 34 Australasian and 26 European Tour title wins.

Off the course, Thomson served as president of the Australian PGA for 32 years.

In 1988, he was inducted into the World Golf Hall of Fame alongside fellow great Tom Watson and Bob Harlow, an instrumental figure in the establishment of the PGA Tour.

Thomson is survived by his wife, Mary, three children, 11 grandchildren and four great-grandchildren.