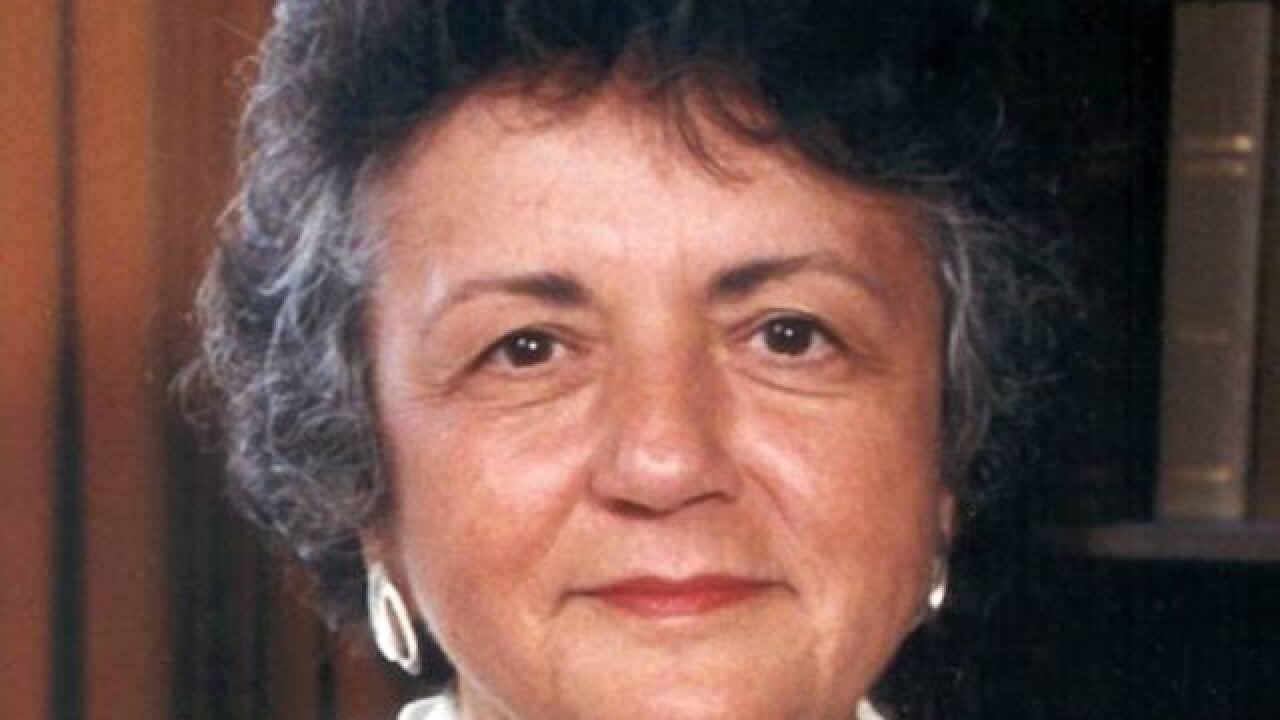 The 84-year-old Abrahamson in May announced that she was not seeking re-election next year after disclosing a month earlier that she was undergoing medical treatment. In an open letter Friday, she discloses for the first time that she has cancer.

Abrahamson does not say when she was diagnosed or what type of cancer she has.

Abrahamson is the longest-serving member in Wisconsin Supreme Court history and the first woman justice. She has been on the court since 1976 and served as chief justice from 1996 until 2015.

Abrahamson is part of a three-justice liberal minority.

Abrahamson says she intends to appear in court to finish out the last year of her term but may be in a wheelchair.

With the Supreme Court to begin hearing oral argument next week, I thought this a good time to provide an update on my plans for the year ahead. Three months ago, on May 30, you’ll recall, I announced that I would not seek re-election for a fifth consecutive 10-year term and would continue to serve. I’ve not changed my mind on either point. The people of this state elected me to a position of public trust and responsibility, and I intend to keep that commitment.

On any day in this state, more than a quarter million people are facing a cancer diagnosis. I am one of them. And, unlike some, I am fortunate in getting the best of care and medical advice and keeping up with my job and my family. In the last term, in addition to writing majority opinions, I wrote thirteen dissenting opinions and five concurring opinions. I participated in virtually every oral argument and conference. A number of times earlier this year, I participated by phone—as colleagues on this court have participated by phone for a variety of reasons over the years. In fact, in my time on the court, several other justices have fought illness and continued to serve. Several justices voted on cases by mail, even before the advent of email, which the court today uses routinely for its votes on opinions as well as procedural and administrative decisions.

The rules—including U.S. Supreme Court practice—permit participation without physical presence and, not incidentally, so do the state and federal laws that protect everyone who wants to continue to work. It was of interest to me to learn, after a bit of research, that another Wisconsin jurist, Chief Justice Rehnquist, participated in the U.S. Supreme Court’s decisions when he was fighting illness.

My own participation by phone may well continue on occasion. In the meantime, when I next appear in court, it probably will be in a wheelchair, but I will still have my voice and most of the time, a smile.