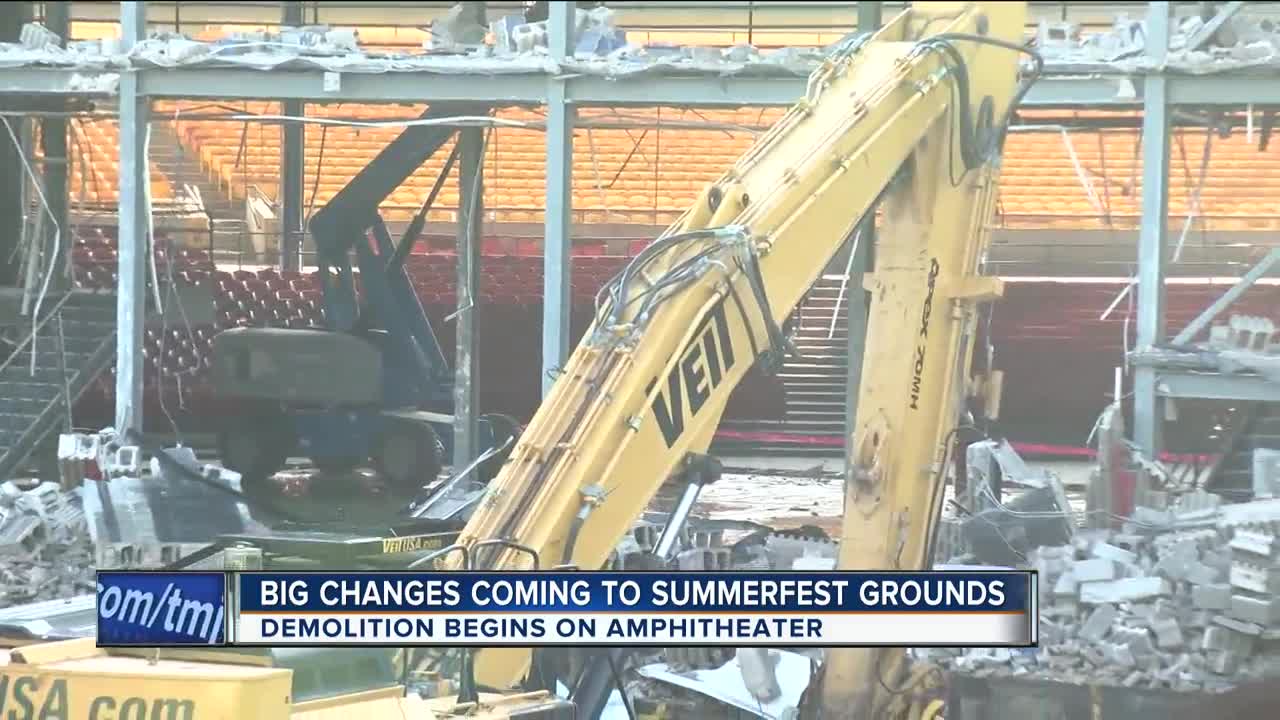 Summerfest has begun the demolition of the current American Family Insurance Amphitheater. 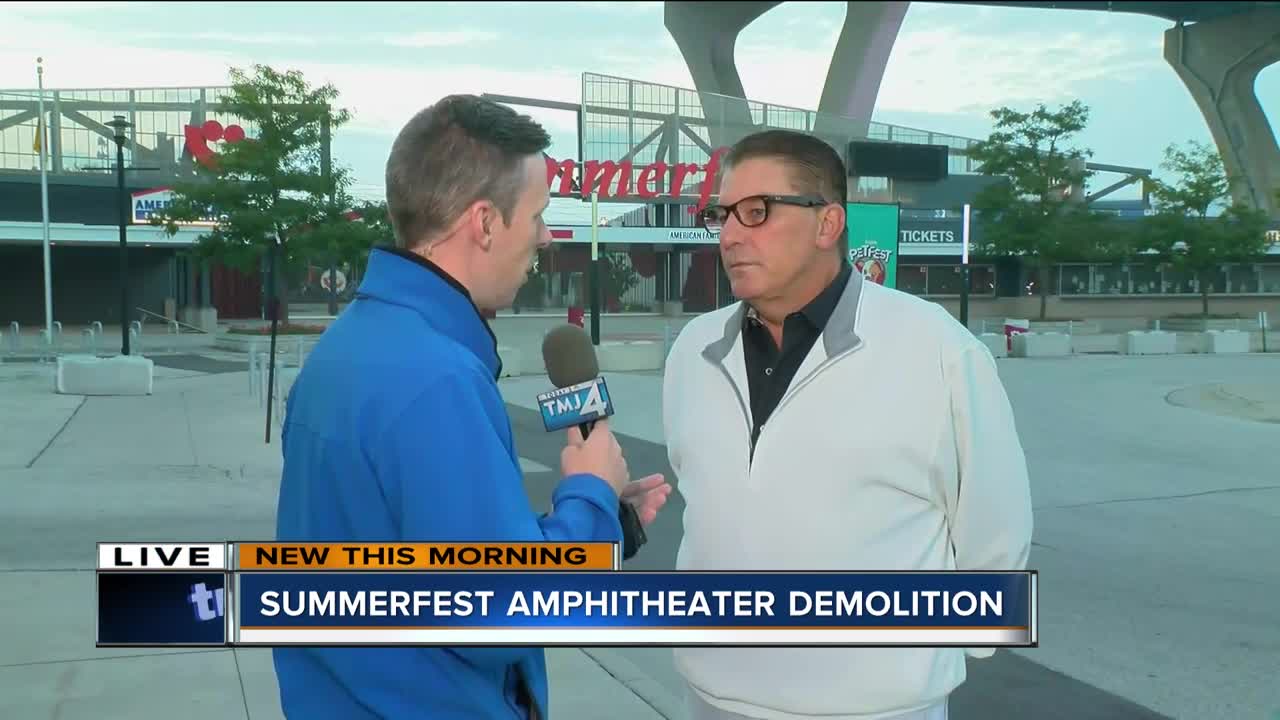 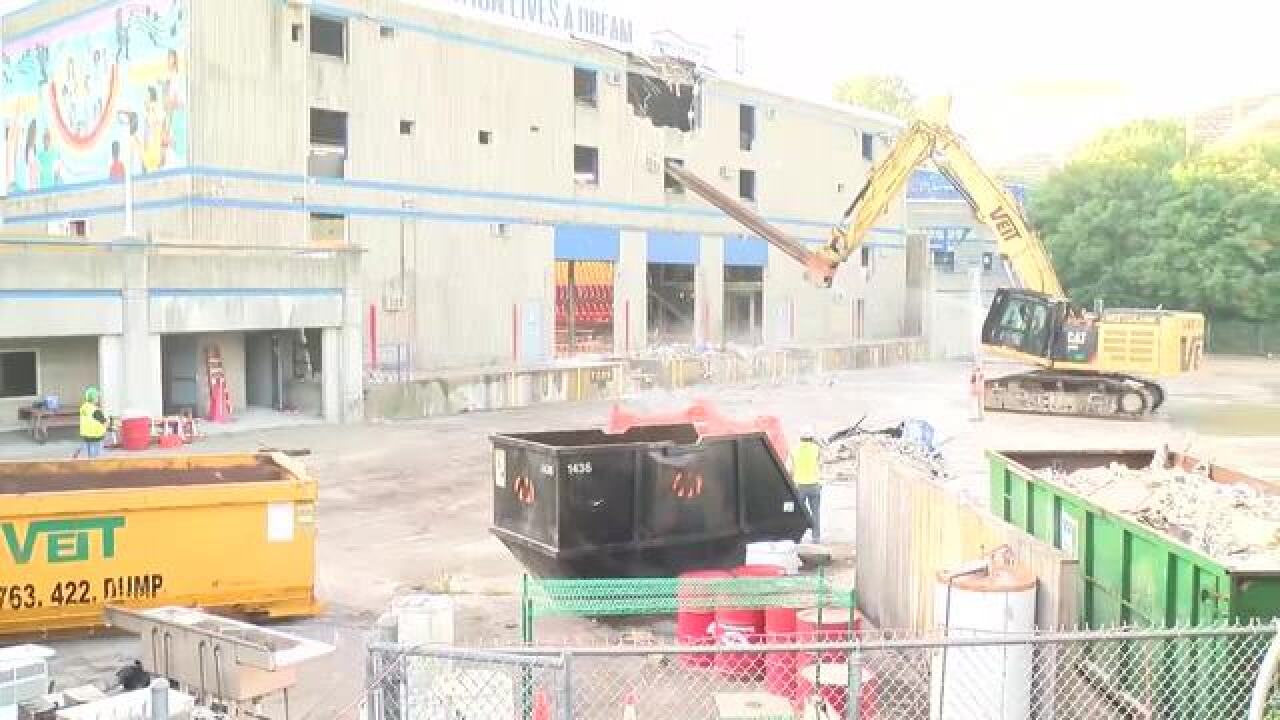 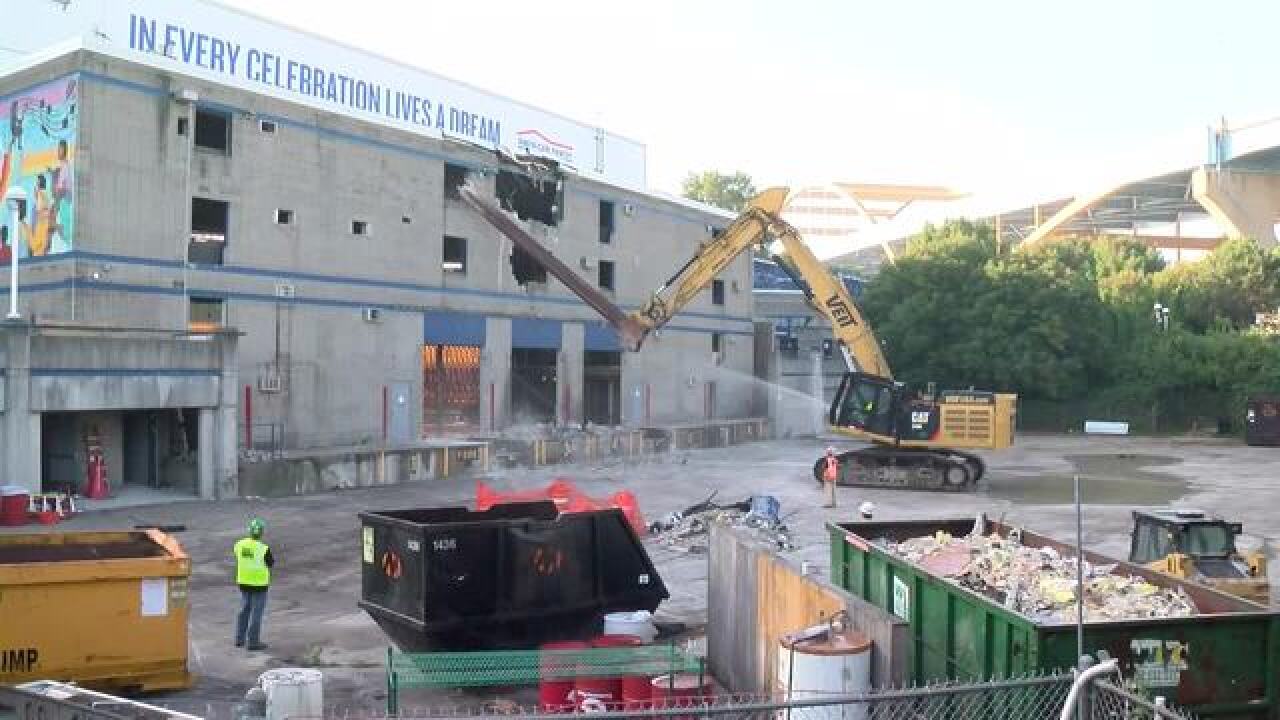 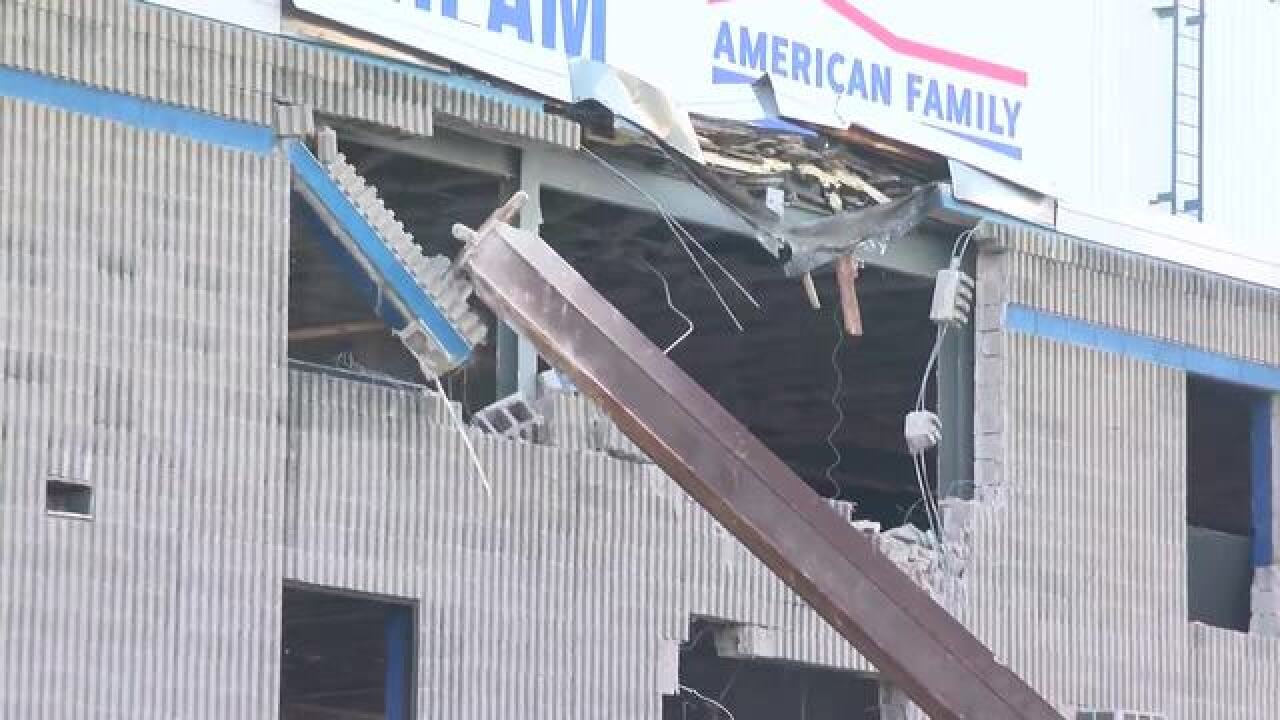 MILWAUKEE -- Summerfest has begun the demolition of the current American Family Insurance Amphitheater.

This  comes after the Milwaukee World Festival, Inc. board of directors  approved of a $50 million budget for construction of the amphitheater.

"It's demolition day," President of Summerfest, Don Smiley said. "We're taking down the back of the house."

The project has two phases, the first of which began September 20  that will include the lifting of the amphitheater roof to 65',  reconfiguring the stage to increase production options and the backstage  building will also be rebuilt, offering new artist amenities.

"Through the years, there have been some shows that just didn't fit in the building," Smiley said. "We're going to raise the roof from 39 feet to 65 feet to provide more video capabilities, sound capabilities and other production schemes that bands travel with today that they didn't travel with years ago. We had a band sign last year, which will go nameless, that we really wanted to put in the building. The deal was done and we just couldn't fit it in."

But the bands that traveled through this stage over the last 31 years will be missed. As crews continued tearing down the walls, brick by brick, a large tag was scene on the western wall. It read, "Tom Petty." Those with Summerfest don't know when the tag went up, but it just goes to show some of the remarkable names that have hit the stage.

"It's a little bittersweet in that, this building has served our community and music fans worldwide for the last 31 years," Smiley said. "On the other hand, when we're done with construction, the new American Family Insurance Amphitheater will serve music fans for generations to come."

Phase  two is set to begin immediately after Summerfest 2019 and will focus on  patron amenities, such as new concourses, restrooms, seats, additional  hospitality and increased food and beverage options. Renderings of the new layout are expected in the next few weeks.

The grand opening of the Amphitheater is set for Summerfest 2020.