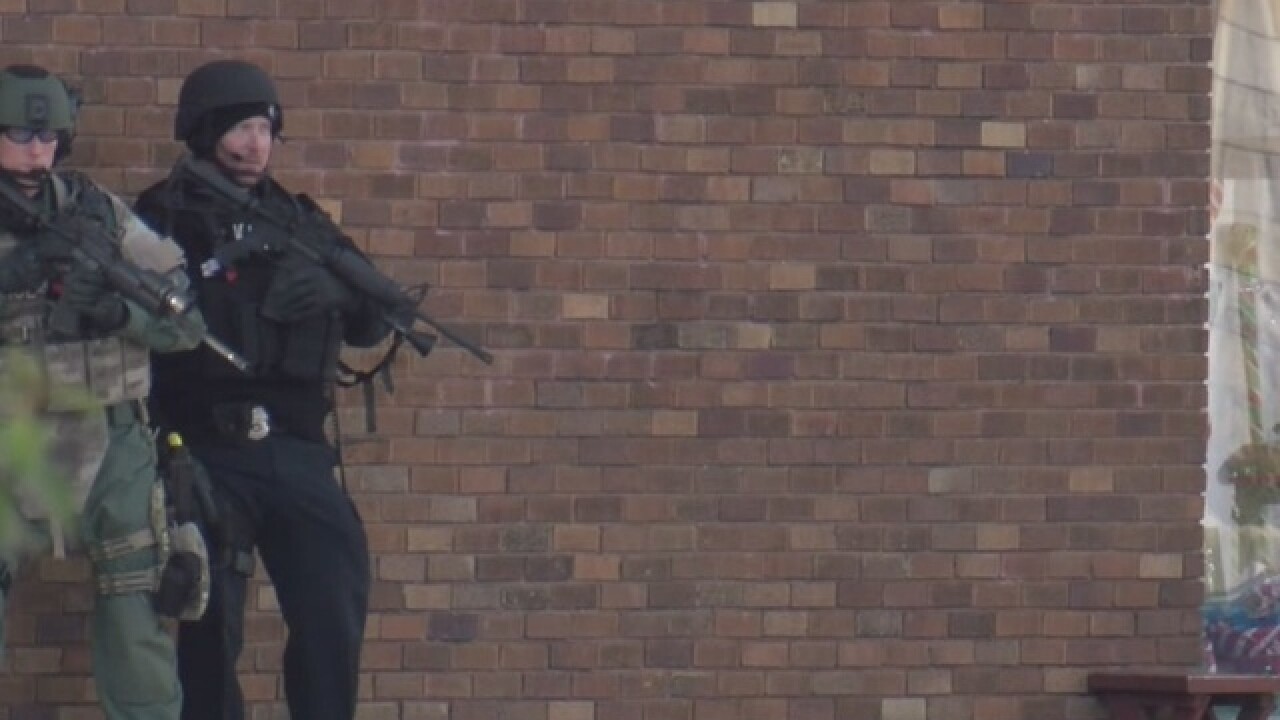 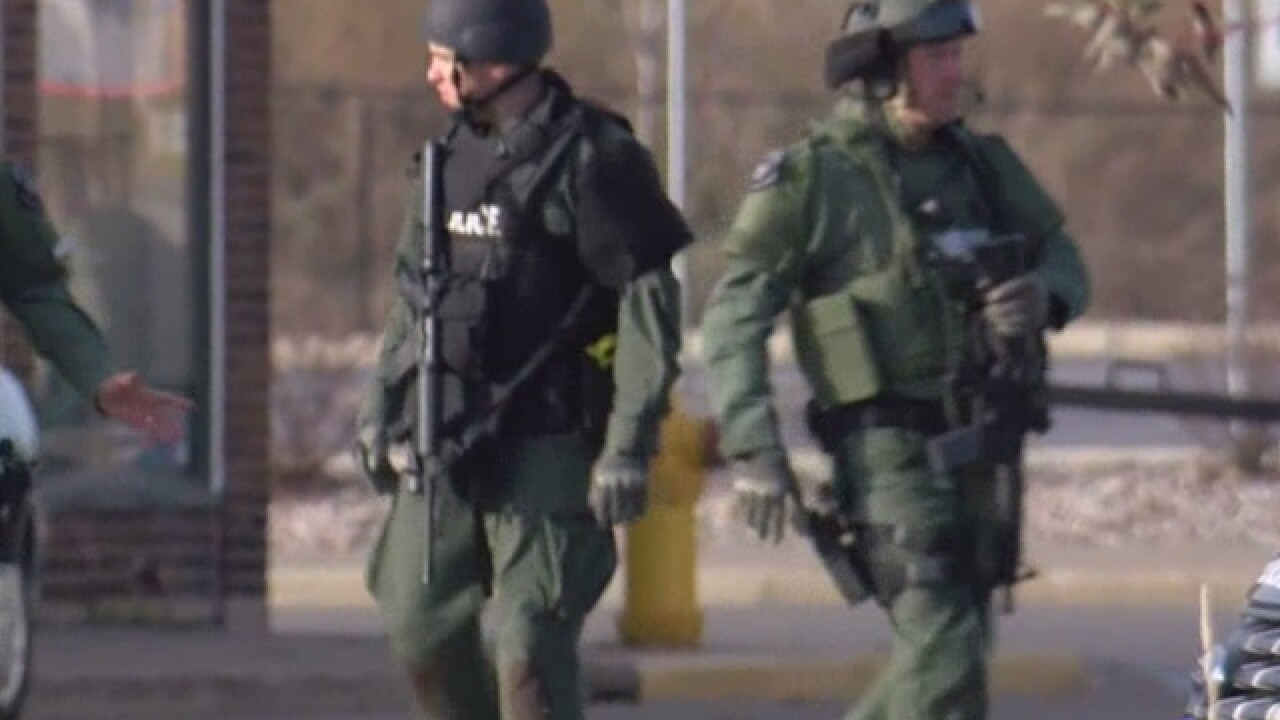 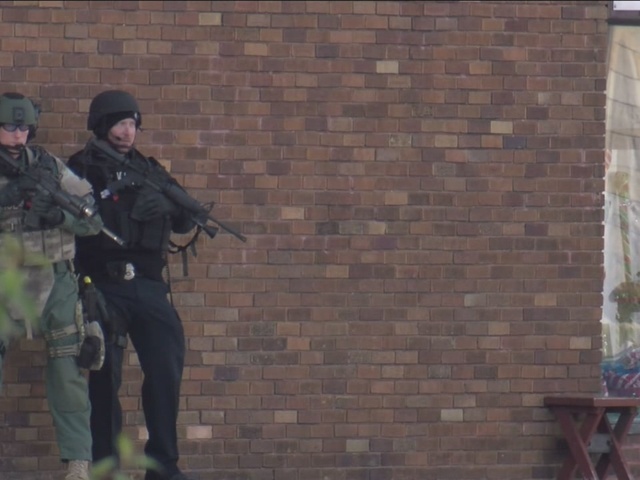 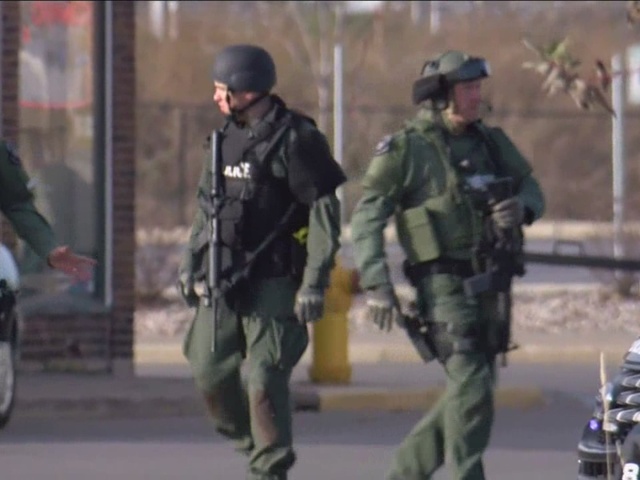 NEENAH, Wis. (AP) -- A man killed during a standoff at a motorcycle shop in Wisconsin was a hostage who died while fleeing the gunman, according to an attorney who said he represents the man's family.
Milwaukee lawyer Cole J. White on Sunday identified the dead man as 60-year-old Michael Funk of Neenah. White said he got the identification from the Wisconsin Department of Justice and from Funk's wife. Neenah police have not identified the dead man.
Police were called Saturday morning about shots fired at Eagle Nation Cycles in Neenah, about 85 miles northwest of Milwaukee, and a report that hostages had been taken. Police said a man left the building holding a weapon but would not comply with officers' instructions to drop it. Officers fired at the man but he also may have been shot at from a suspect inside the building, police said on Saturday.
Police said the dead man did not create the initial disturbance. The suspect in the standoff fired shots inside the business, police said. About four hours after the standoff began, police said the suspect surrendered and was taken into custody. Authorities were uncertain what spurred the initial confrontation, or exactly how many hostages had been inside.
"Mr. Funk was a hostage," White told The Associated Press. "He was a victim in this situation and was not a suspect, not a part of the criminal activity that was going on ... and died fleeing the gunman."
White was representing Funk in an ongoing federal lawsuit against the city of Neenah and its police department over a 2012 police raid at the motorcycle shop, Post-Crescent Media reported.
While White said he could not answer whether Funk had a weapon or not, he said Funk was a Vietnam War veteran who suffered from post-traumatic stress disorder and was "terrified" of police.
"He was probably confused, frightened," White said. "If he didn't drop the gun, it wasn't because he was trying to stir up (things). It's because he didn't understand and was trying to get away."
Neenah Police Chief Kevin Wilkinson said Sunday the Wisconsin Department of Justice's Division of Criminal Investigation was continuing its investigation. An autopsy was planned Monday on the man who died, Wilkinson said.
Wilkinson did not return phone calls seeking a response to the lawyer's comments later Sunday. Anne E. Schwartz, a spokeswoman for the state Department of Justice, said the department would have no further comment.
A police officer was shot at during the standoff but his helmet deflected the bullet. The injured officer was treated and released from a hospital.
Scripps Only Content 2015