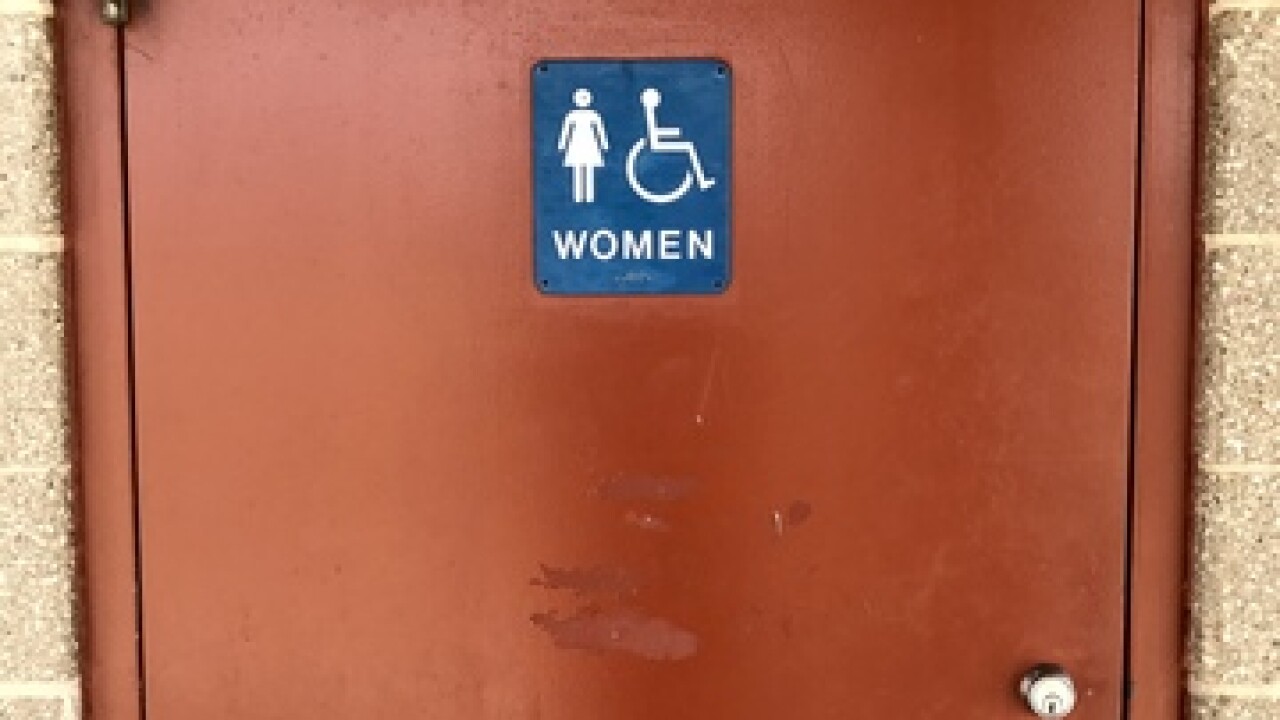 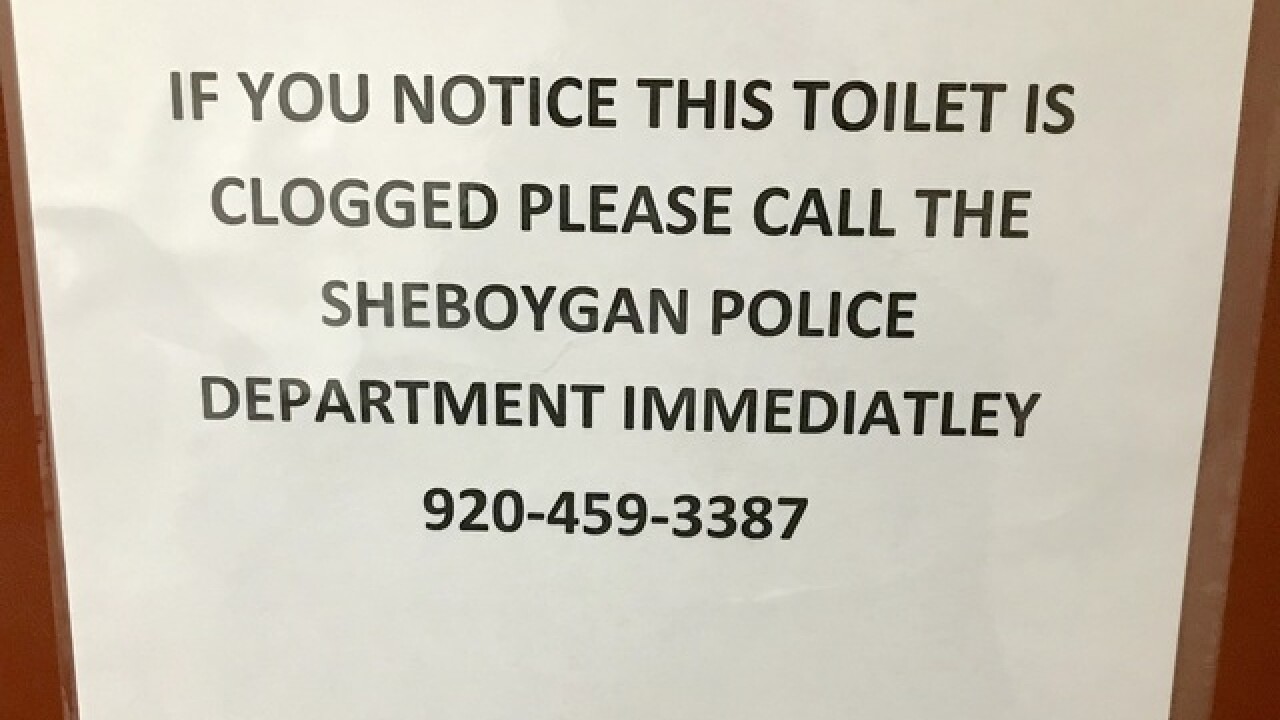 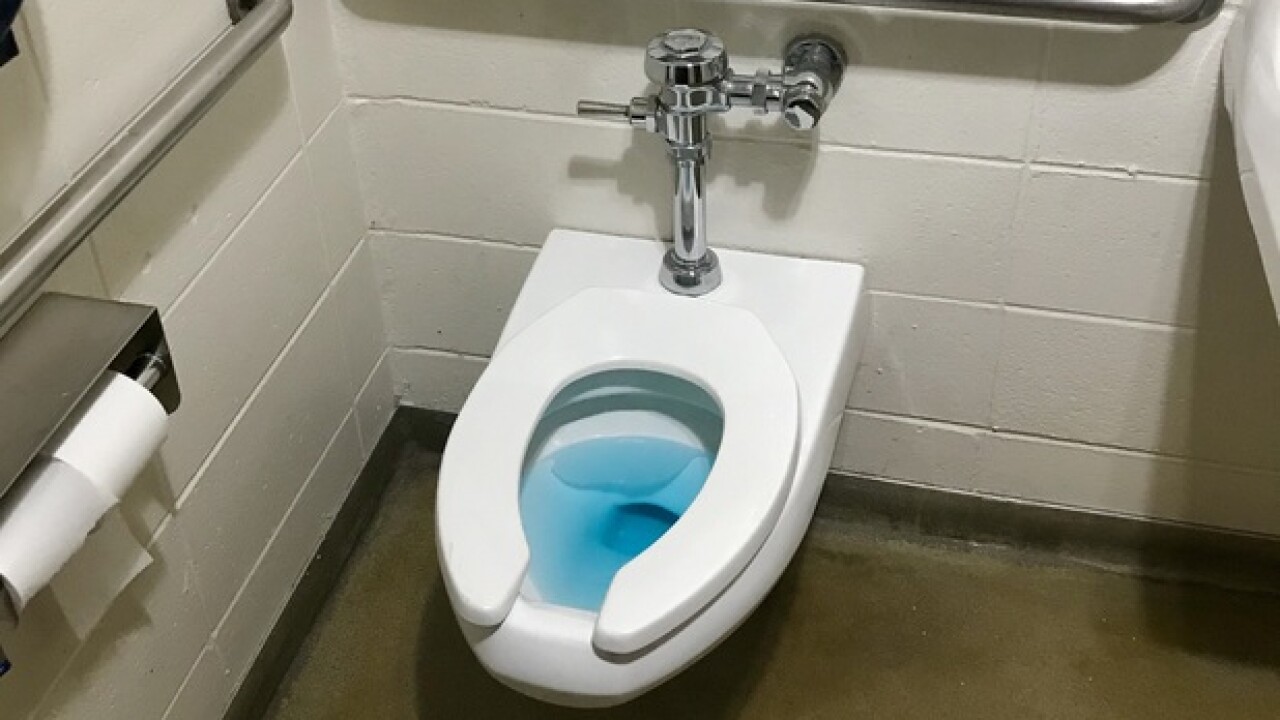 UPDATE: The 'serial toilet clogger' has been flushed out.

Sheboygan Police say a 33-year-old man was taken into custody for the string of vandalism earlier this week. A citizen's tip lead police to their suspect.

"The Sheboygan Police Department would like to thank those that provided us with information," the department said on Facebook.

It’s not your typical investigation: Sheboygan police officers are on the hunt for a serial toilet clogger.

Investigators say the suspect has wrecked the women’s public restroom at the popular Deland Park Community Center along Lake Michigan, at least 30 times in the past two years.

The suspect uses 20-ounce soda bottles. But, he doesn't just flush them down the toilet. He actually puts the bottles directly into the pipes, leaving the city to clean up.

"Why do this?  I do not know but if you help us find the person I will tell you.  This is very strange… and gross, but that is the reality of life," the release said.

It’s a headache for the hundreds of people and families who use the park.

What she doesn’t love is when the women’s bathroom is repeatedly out of order. It’s the bathroom she and a lot of other moms rely on when their young children need to go.

“He's too young to go in the bathroom by himself, so I take him in the women’s restroom with me,” Storck said. “I don’t even know where the other nearest bathroom is, so it’s a real pain when we can’t use this. Everybody wants and expects clean bathrooms to use at our public parks. As taxpayers, we pay for that. Not to mention, it’s really creepy as a parent, to know that a man is going into a women’s bathroom to do damage.”

According to the city of Sheboygan, sometimes the plastic bottles can’t just be flushed out. The city has to remove the toilet entirely. So far, $3,000 worth of fixes, has already gone down the drain.

“I really hope they catch whoever is doing this,” Storck said. “What a creep.”

Sheboygan Police ask for everyone to be vigilant in reporting any suspicious activity near the Deland Park Community Center bathrooms.  Suspicious behavior can be reported by calling 920-459-3333. Anonymous tipsters can also contact Sheboygan County Crime Stoppers at 877-283-8436.

Sheboygan Police also confirm the suspect has struck another nearby women’s bathroom but mainly targets the one at Deland Park.