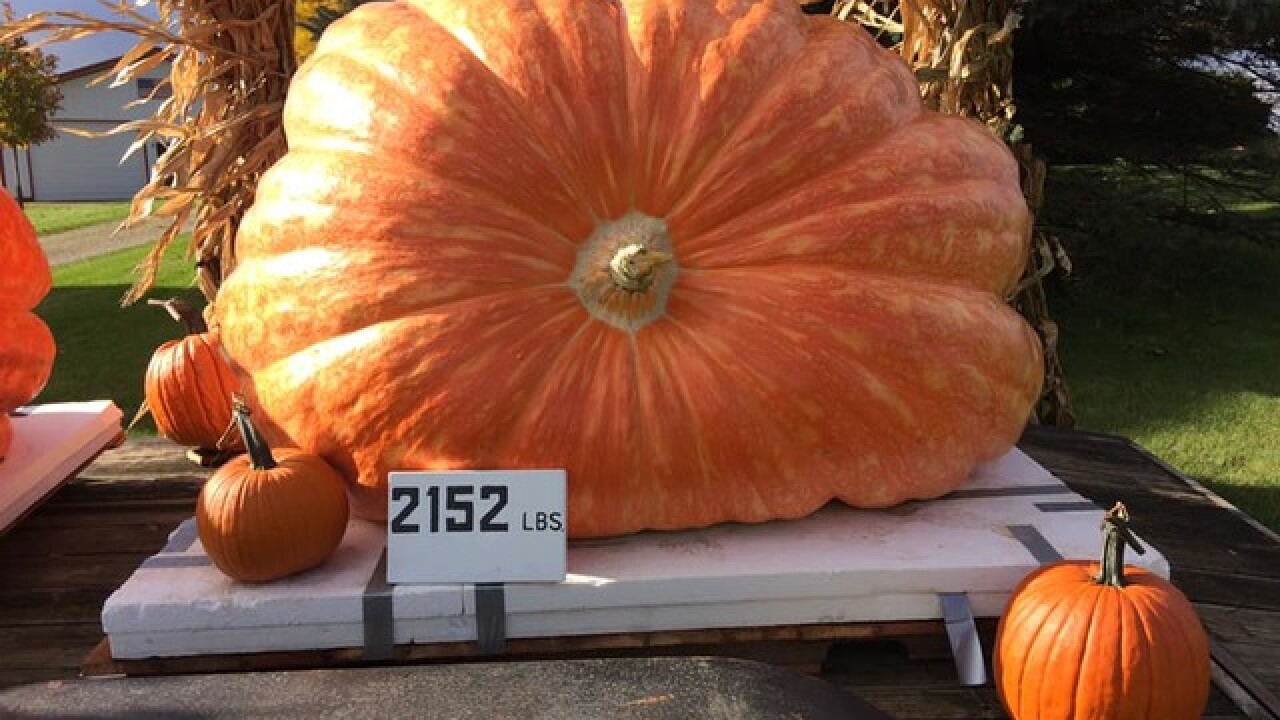 One of Wisconsin’s largest pumpkins ever has been grown by a woman in the Oshkosh area. Visit Oshkosh says the pumpkin weighs 2,152 pounds and is on display at a farm along Highway 44.

Grown by a woman named Deb Gantner, Visit Oshkosh says this pumpkin was the largest pumpkin weighed in Wisconsin.

Visit Oshkosh says there was a larger one that was grown in Wisconsin, but was weighed in Iowa. That pumpkin broke the Wisconsin state record, weighing in at 2,283 pounds, grown in Gays Mill, Wisconsin.