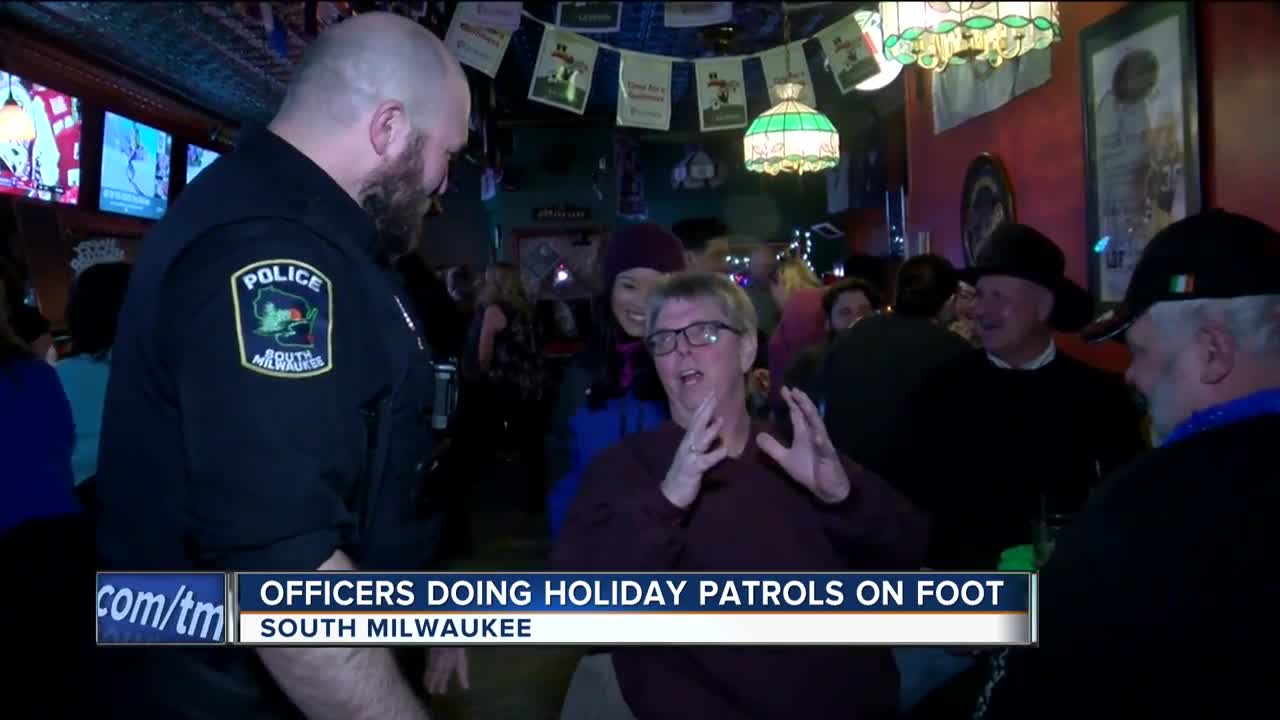 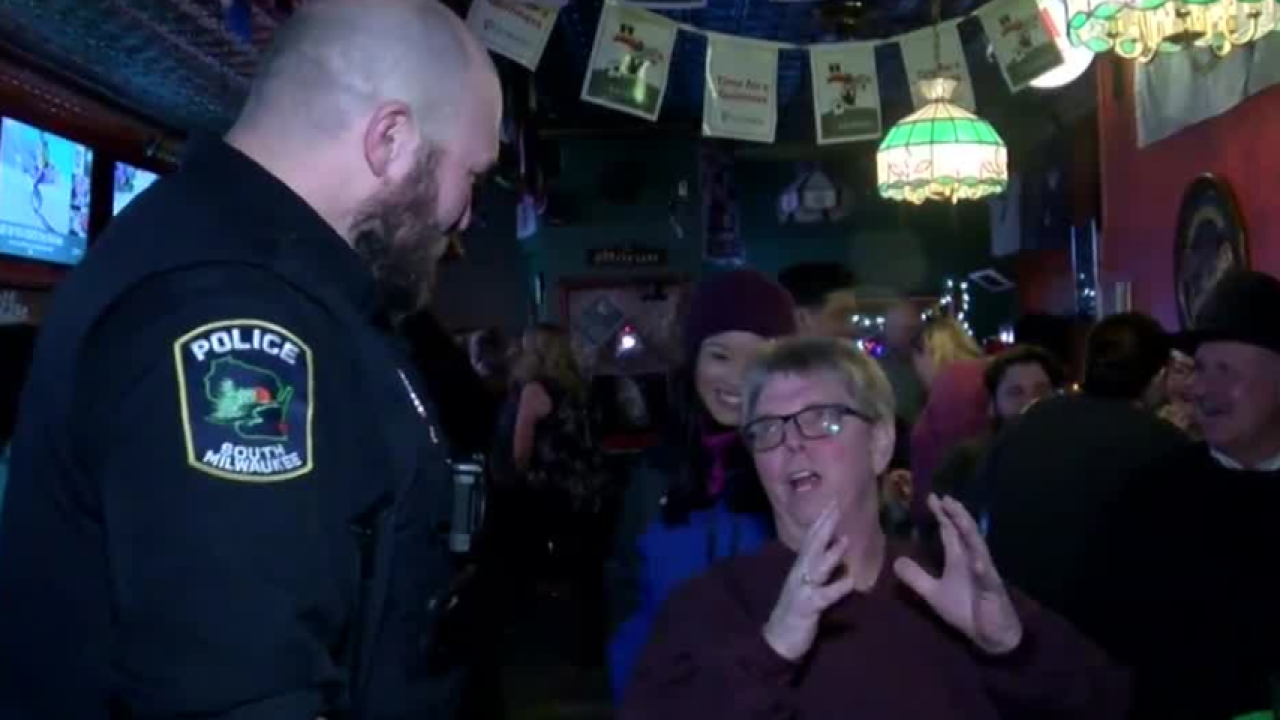 “Being that the bars don’t have to close New Year’s Eve, New Year’s Day you kind of don’t know what to expect,” said Officer David Hoeppner, a 19 year member of the South Milwaukee Police Department.

Hoeppner and Officer Rob Wentz, who has been with South Milwaukee Police for 20 years, spent Monday night walking to bars, chatting with neighbors, and keeping a close eye on people celebrating.

“Making sure that there aren’t any minors in the bar, just making sure people aren’t getting over-served. The nice thing about being in there and people seeing us is maybe it makes a person take a second thought about driving home,” said Hoeppner.

“We actually like it when they do walk-throughs. It just makes everyone feel safe. Sometimes you get a little trouble on New Year’s Eve because you get people that don’t normally go out and aren’t used to drinking a lot,” said Sue Ford, bar manager at Spirits Bar and Grill.

The officers said walking patrols are a nice change compared to patrolling from their cars.

“You can see more things going on. Obviously you’re slower, you meet with people more often... seeing if there’s any problems any problems someone might have they can come up to ya, as opposed to maybe trying to flag you down as you’re passing by in the car,” said Wentz.

“The nice part about being out on foot is to actually get to talk to members of the community,” said Hoeppner.

Over the past two decades Hoeppner and Wentz said they have noticed more people taking advantage of sober rides, a trend that they hope continues