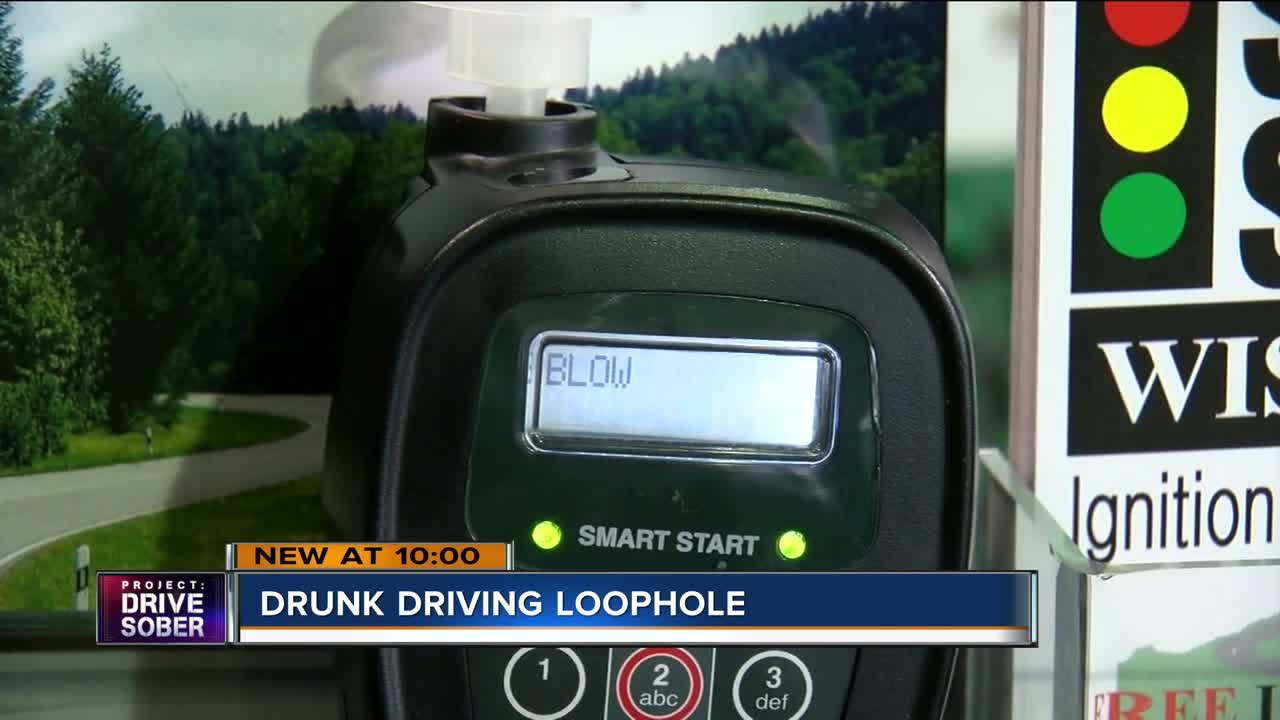 Convicted drunk drivers are continuing to skirt the law and not install court ordered ignition interlock devices, four years after an I-TEAM investigation.

WISCONSIN — See more on this story tonight on Live at 10.

Convicted drunk drivers are continuing to skirt the law and not install court ordered ignition interlock devices, four years after an I-TEAM investigation.

In 2016, nearly half of drivers ordered to install IIDs in their cars did not comply. In 2020, we found there is still a gap of drivers not following court orders.

Wisconsin Department of Transportation number show that 37,906 drivers of the 58,888 ordered to install IIDs registered their device, a compliance rate of about 64 percent. That means up to 20,982 drivers are illegally driving without an IID.

In 2015, one such driver hit and killed Roger Patoka. Tony Garvey, who was just out of jail for this fourth OWI, hit Roger while he was on his motorcycle driving up to a family vacation in Shawano. His wife Paula and their kids were following in the car behind, and were also hit by Garvey.

'She knew then her husband had died': Woman relives tragic OWI crash that killed her husband

"It was a horrible,horrible night," Paula said. "And watching your kids suffer through all of this, it's hard to this day, and it's four and a half years later."

Garvey was cited for driving without an ordered IID back in 2012.

Wanggaard has authored a bill he believes will help with IID compliance, while increasing the penalties for not following court orders.

Current law allows for a maximum penalty of $200 if you're caught without an IID. Wanggaard's bill increases that penalty to $600, and potentially six months in jail. It also attaches the IID requirement to their license status, not the car registered in their name.

"The ultimate goal is compliance," Wanggaard said. "We want people to be compliant with what they're doing, not consume alcohol."

The bill has the support of Mothers Against Drunk Driving. Director of State Government Affairs Frank Harris says the bill also allows offenders to start their interlock time prior to a conviction, which he calls a best practice.

"Upon revocation ... you're supposed to get an occupation license in Wisconsin," Harris said. "And that’s time and route restricted and there's no way for law enforcement to enforce it and it does absolutely nothing to change someone's behavior."

Harris added IIDs have stopped more than 3,000 drunk driving attempts in the state of Wisconsin.

How an ignition interlock device works

Wanggaard has introduced versions of this bill in the past, but they failed due to technicalities between state and federal law.

Paula and others affected by drunk driving are tired of waiting for justice for their loved ones.

"That's really sad that its gone this long," Paul said. "It's maddening. It makes me angry."

Last month the bill passed the Senate and now awaits a vote in the Assembly.

Wanggaard's office tells us they believe this version has a better chance in the assembly than previous ones.