'I love how the Packers tied us together:' Section Yellow offers sober alternative at Lambeau Field 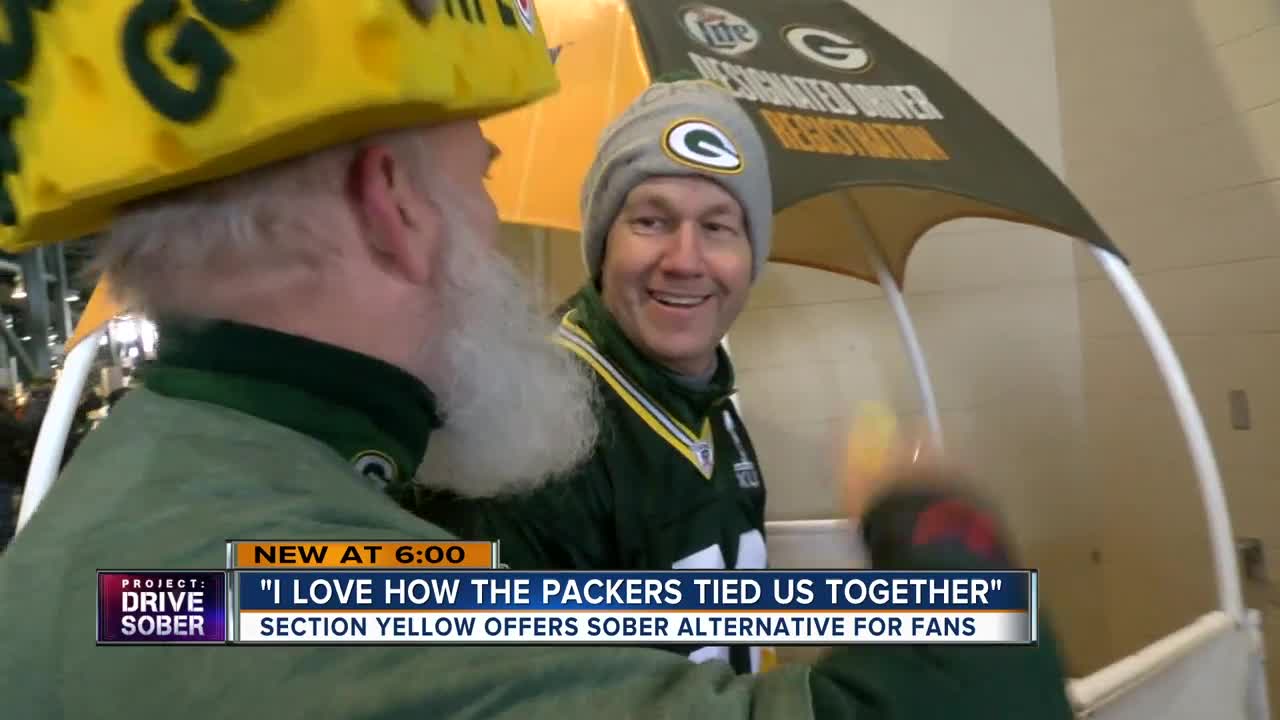 Trips to Packers games often start early. Many tailgaters reach for a cold one before heading into the game. But there is a new group that wants you to reach for something else.

GREEN BAY — Trips to Packers games often start early. Many tailgaters reach for a cold one before heading into the game. But there is a new group that wants you to reach for something else.

The new group is called Section Yellow. It's for everyone but especially sober fans.

Instead of reaching for alcohol, fans are asked to "come get a sticker, come get a balloon," says founder John Plageman. "The stickers are just to show they're not alone."

The stickers and balloons are yellow, the standard color of sobriety.

Section Yellow at Lambeau Field is new; it started this past spring, but the concept isn't.

Plageman has a similar section at some concerts at Alpine Valley. It gives people battling sobriety a place to get away from the drug and drinking culture.

"I want to mimic and mirror that and bring that to Lambeau Field," Plageman says, "and just have a small table area where people can come and gather before, during, and after the game."

You can find the table right next to the Designated Driver program where if you choose to be a designated driver you can get a free soda.

"I love how the Packers tied us together, which is great," Plageman added.

A conjoined effort to make sure nobody drinks and then gets behind the wheel.

If you're interested in joining Section Yellow there is a Facebook page you can join. The group plans on getting together to watch the Packers in the playoffs.