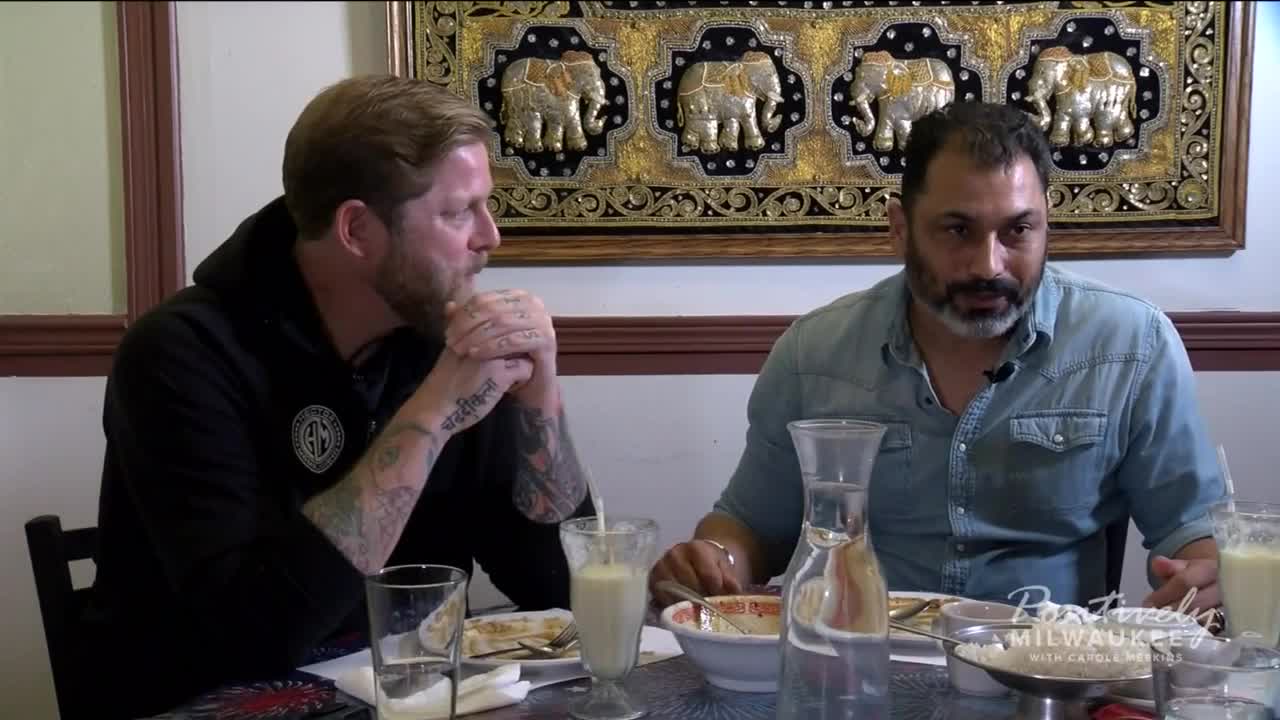 But out of a story of hate, a tale of love and brotherhood between two unlikely friends.

Six people were gunned down at the Sikh Temple of Wisconsin in Oak Creek.

The gunman was white supremacist Wade Michael Page. Wade was a member of the hate group founded by Arno Michaelis. One of the victims was Pardeep Kaleka's father, Satant Singh Kaleka. Kaleka founded the temple which had grown from just a handful of members.

"When he passed there were thousands of families. He died protecting the congregation that he helped to build," Kaleka said. "The last day that I saw my father was my birthday, he was sixty-five."

But out of a story of hate, a tale of love and brotherhood between two unlikely friends.

We returned to their original meeting place EE-Sane. It's a Thai restaurant on Milwaukee's Eastside. Kaleka contacted Michaelis wanting insight into what caused such deep hate. Kaleka admits he almost bailed.

"So, I'm outside and I'm watching Arno go in. I'm thinking I should just leave. I could make an excuse and tell him the kids got sick or something like that," Kaleka said. "I put my foot on the brake and something told me you came here for a reason. You went this far now keep going forward."

Kaleka got to know the former white supremacist. The two became friends.

Michaelis jokes, "The first time that we stayed together in the same hotel room he thought I was going to kill him in his sleep." They both laugh.

When the shootings happened, Michaelis had already left the hate group he formed. He changed the course of his life to promote peace and diversity.

That helped light the way for a bond to form between the two men. They shared family stories. Michaelis states, "My favorite is what your dad said when he cut his thumb off with a tractor....what did he say?"

Kaleka picks up the story, "This happened in India. He cut his thumb off and had just amputated the top and he's like, 'It's not big deal!'"

Michaelis admits he was an angry youth. He found a connection with a group that embraced chaos, violence, and hate. Today, he's a Buddhist promoting peace.

"I think the succinct definition of hate is a woeful denial of compassion," said Michaelis.

Both men have a deeper understanding of what it takes to unite people. Together they have formed an organization called "Serve 2 Unite." They travel around the world promoting peace.

So today, two men who could have been bitter enemies lead with love and humanity.

Michaelis is now almost defiant in his anti-hate message.

"For me with my messed up personality, I almost do it from a place of spite. My faith is very genuine, but when it comes from a place like this, I'll be damned if you're going to shake my faith in humanity."

Kaleka is hopeful that he can leave a better world for our youth.