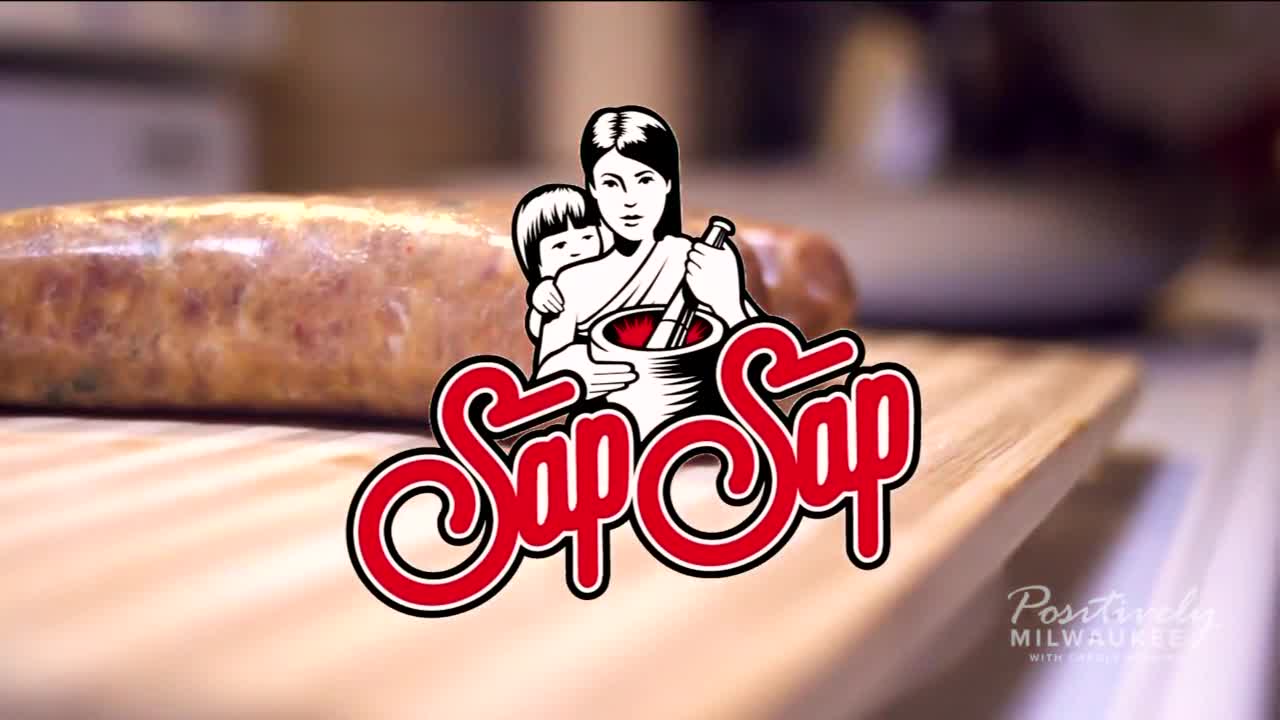 The American dream often looks like a family owned restaurant like SapSap. It means delicious delicious in Laos and Thailand.

RACINE — The American dream often looks like a family owned restaurant like SapSap. It means delicious delicious in Laos and Thailand.

It's a popular eatery in Racine. People go to social media to find out when the pop-up restaurant is open.

The fusion of Thai, Laos, and Southeast Asian food gets rave reviews.

Owner Alex Hanesakda was born in a Thailand refugee camp. His parents escaped the bombing in Laos and fled to the U.S. They were sponsored by a church in Burlington.

"I want to bring attention to what happened in Laos and the soldiers who fought in the American war from our culture," Hanesakda says.

"As I've gotten older seeing my parents struggle and always tell me you can do whatever you want and that you do not want to go back to Laos. You have no idea how good you have it," he says.

Another vivid memory is his late dad who suffered from PTSD.

Hanesakda's father fought with U.S. soldiers in the secret war in Laos. But his dad could not get help for his post traumatic injuries because he was not officially a member of the U.S. military.

"Seeing my dad go through the PTSD he did and not getting the resources he needed really it home for me," recalls Hanesakda.

"As I got older I always wondered why the Laos soldiers who fought along the Americans were never considered patriots even though they fought alongside them," he says.

His late father never forgot his roots and extended his hand to other refugees.

"He was a community activist. He helped refugees come over here after the war and he'd shelter them give them a place to stay," recounts Hanesakda.

Hanesakda's passion is connecting people together through food. PBS's Wisconsin Foodie captured satisfied Sap Sap customers in one of it's episodes.

Knowing what his father went through, Hanesakda often hold dinners to raise money for veterans.
"I don't care what side of the political spectrum you're on those vets who go through. PTSD it's really real. They need the resources as much as we can give to them," he explains.

Hanesakda is also known for his dinners that come with culinary culture lessons about Laos.

"That's the one thing that gives me the most happiness. Seeing people from all political spectrums get together and eat good food and learn about what happened in Laos," he says.

He recalls when food helped melt the divide between his dad and a prejudice neighbor.

"Growing up our neighbor was one a Vietnam vet too. He had his prejudices. He suffered PTSD. Him and my father became the best of friends. I would some home and I would see them just sit there for hours. My dad did not know English. They would communicate through food and they're experience as old soldiers," he says.

Alex knows it was hard for his parents to adjust to a new life in a foreign country.

"Just seeing their hard work not complaining, just getting work done, that really inspired me!" he said.

"They were really strict. But looking back, their strictness really helped me do what Im doing right now," Hanesakda said.

Hanesakda reminds us that stories of neglected heroes in American history deserve to be told.

"I want to bring attention to what happened in Laos and the soldiers who fought in the American war from our culture, That's the beauty of America I think sharing your food, sharing your culture, this being such a melting pot," he says.