Positively Milwaukee: A gift to a stranger 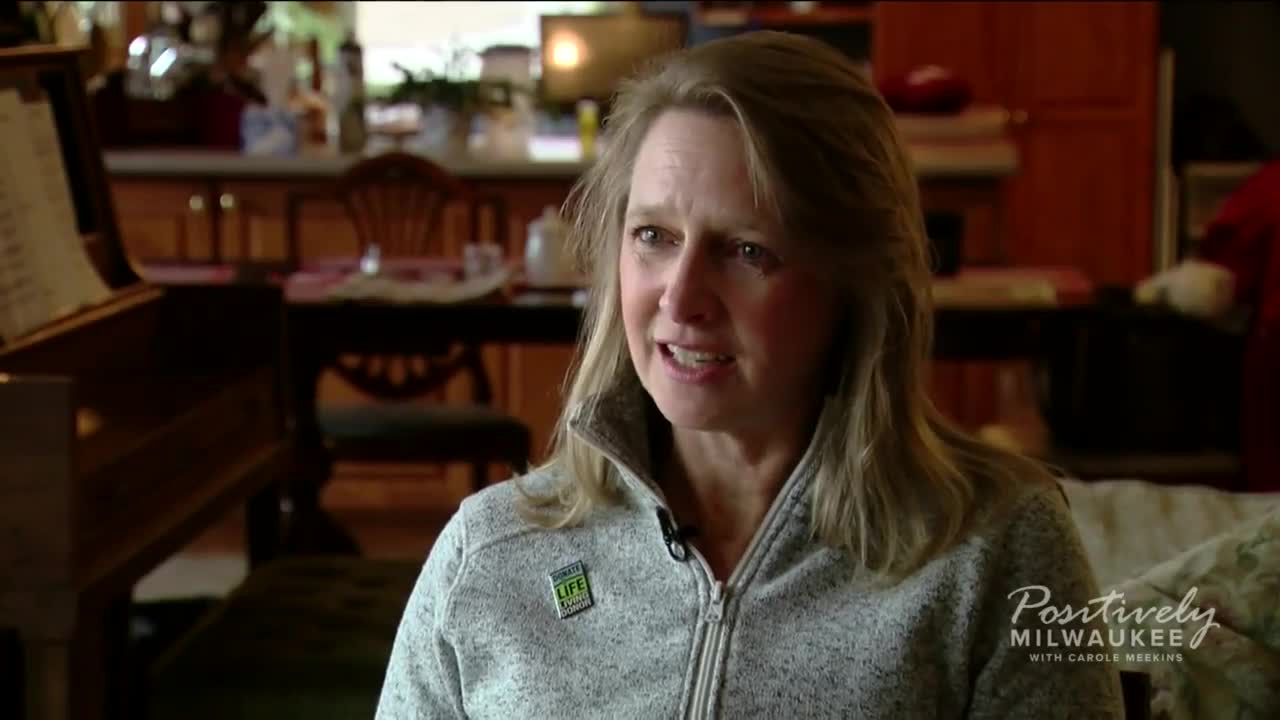 One Wauwatosa woman has opened her heart to many strangers, and this time, she even underwent surgery for someone she didn't know.

WAUWATOSA — It's clear the minute you enter the Wauwatosa home of Linda and Mark Carlson, they open their hearts to people they've never met.

There are pictures of some of the 10 foreign exchange students the family has hosted over the years.

And Linda Carson shares another example of her giant heart. Scars from a major operation. They are the result of a decision she made to donate a kidney to a stranger.

She was motivated after a friend's 25-year-old daughter went into kidney failure. She saw the front page of a Journal Sentinel article that said "You have two share your spare." That inspired Carlson to act. "I read that though I'm healthy and I have two I could do this."

So she went under the knife for someone she never met.

"I thought if I could just help one person get their life back, that would be awesome!"

Carlson made the decision before telling her husband.

She laughs, "I don't consider myself special. I didn't even ask my family."

Carlson has 4 kids. Her husband of more than 30 years knew she was strong-willed and would do what she wanted.

"She's an independent person...Sometimes when she gets an idea in her head, sometimes it's just best to get out of the way."

But Mark Carlson was also proud his wife wanted the chance to change or save a life.

"I could quickly see the motivating factor for Linda on why she wanted to do it. Why it was important. Why would you stand in the way? It's a great opportunity for somebody."

After Linda got tested she found out she was a match to Ken Franke, a softball coach on dialysis. She got the chance to meet with him before the surgery.

Carlson points out there's a bright side to being a living donor.

"You have basically the best physical in your life... I'll tell you how thorough they are. I'm 55. I had to go back for a 2nd pregnancy test!" She laughs.

Carlson healed well from the surgery.

"I don't wake up in the morning and say Oh my God. I only have one kidney. Life is totally back to normal. "i felt like I was called to do this once I made the decision."

Linda Carlson. The perfect example of courage, compassion, and selflessness.

"I hope I can inspire at least one person. If every person who donates their kidney can inspire one person it will be like a chain reaction."