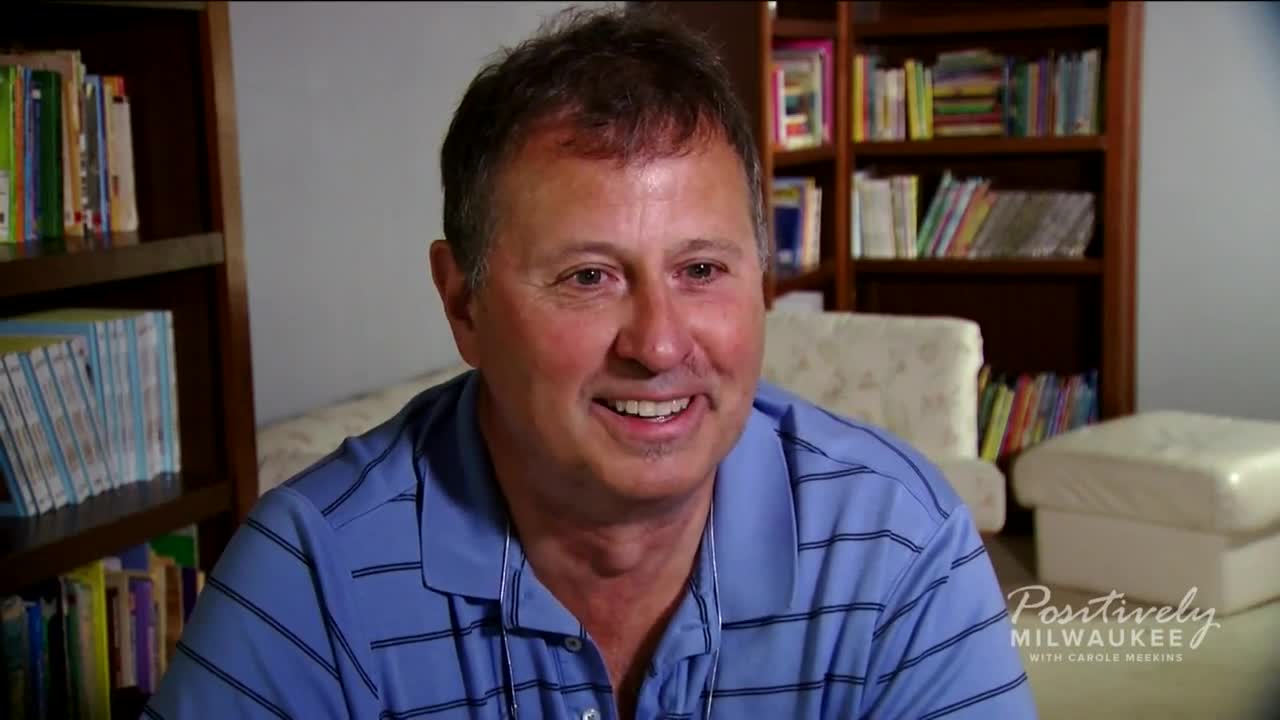 One father is raising his six children alone after his wife died of cancer. Even with the struggles, he embodies all that is positively Milwaukee.

WAUKESHA — It's a story about love, tragedy, and fatherhood. The love story began when Charles Miller of Waukesha met his wife Cathy.

Charles Miller was taken with her big heart.

He recalls, "She honestly was the most giving person I've ever met. She could work 18 hours, helping other people and not care about herself at all."

When they married Charles or "Chuck" adopted all 4 of her adopted children. Most had special needs.

Chuck shares, "She had over 70 foster children before she started adopting. She had a house full of kids all with special needs and she thought nothing of it."

After they married the couple adopted two more children.

But tragedy struck. Cathy died of a rare cancer a little more than two years ago. Chuck Miller was left to raise six kids as a single dad on a teacher's salary.

Our cameras caught the frenetic pace of the household with 4 young children.

Chuck says, "I think with the sheer force of going down the river with the current there's no other choice but to go with the flow."

Four children remain at home. His children have a myriad of health problems. One is deaf, another lives with sickle cell, another will ultimately need a kidney transplant to name a few.

Miller is a math instructor at St. John's Northwestern Military Academy. The former military officer admits military discipline helps but it's not easy.

He faces health emergencies on a daily basis.

But he says, "When you lose a partner and I have 2 or 3 emergencies breaking out at the same time, it's just a lot of added stress. Without that person, it's like doing more than work of two." Miller adds, "It's 24 hours a day seven days a week whenever I feel caught up it only lasts for a few moments."

Miller is grateful his job has given him some flexibility.

"My school has been very supportive in fact I had to go to 80 percent time. I teach at St. John's Northwestern Military Academy, I don't teach the first period of the day that allows me to get all the kids to school on time. St. John's has been wonderfully supportive of that," said Miller

He says close friends have been a huge help. Though the home needs carpeting and electrical work Miller has to put such issues on hold. But he's determined to be there for his kids.

Chuck Miller is a single dad doing his best to honor his late wife and give his 6 kids the best foundation to plant the seeds of success.

"I want the best for them hopefully have a good future go to college."

"The kids are my life and I wouldn't want it any other way."

"I think deep down she'd be happy."

If you would like to help the Miller children, you can find a GoFundMe here.