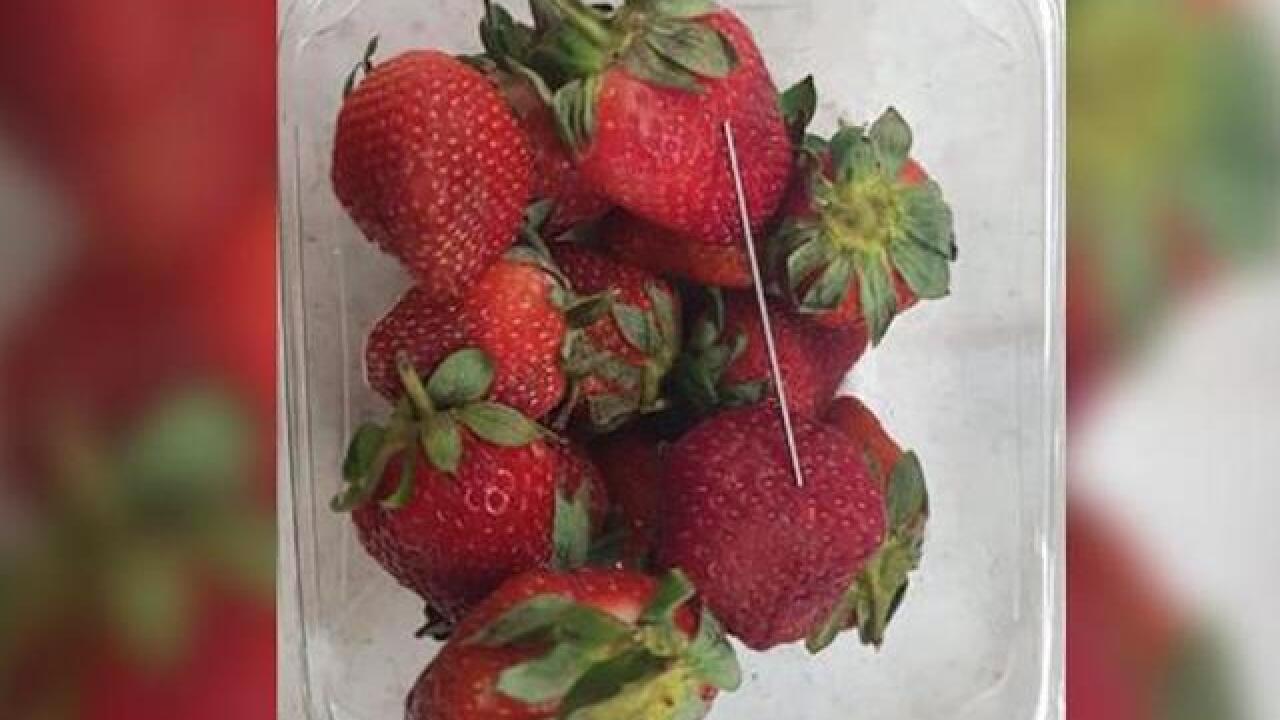 My Ut Trinh has been charged with seven counts of contamination of goods and faces up to 10 years in jail if convicted.

Trinh's arrest Sunday followed at least 100 reported cases of sewing needles or pins found in strawberries across the country earlier this year, sparking nationwide panic. Metal was also found in  a banana, an apple and a mango , which the government believed to be isolated "copycat" cases or hoaxes.

Trinh is  reportedly  a former supervisor at the Berrylicious and Berry Obsession farm in Wamuran, north of Brisbane. Police will allege she felt mistreated by  colleagues  and had spoken to coworkers about taking revenge, according to CNN affiliate Nine News.

The Queensland Strawberry Growers Association (QSGA) has welcomed Trinh's arrest, but called for copycat offenders to also face charges. The case against Trinh only relates to six or seven punnets of strawberries.

"It was a crisis driven by social media and the only real victims were the strawberry growers, and to some extent other Australian fruit growers and exporters," the association said in a statement.

Queensland Police said it had conducted a "complex" national investigation "with multiple government, law enforcement and intelligence agencies" in order to zone in on Trinh.

Trinh was not granted bail. Her next court appearance will be on  November 22 .

Large numbers of strawberries were recalled from Australian supermarkets, and many farmers were forced to bin their crops. Some local and overseas buyers suspended the sale of Australian strawberries.

The incidents prompted authorities in the Australian state of Queensland  to issue a warning September 12 , advising consumers to cut up the fruit.

Strawberries made up 3% of Australia's fruit exports for the year ending June 2017, according to the Australian Bureau of Statistics. The country exports strawberries to locations including Hong Kong, Malaysia, Singapore, Thailand and the United Arab Emirates.

Fresh fruit exports were valued at 954 million Australian dollars ($690 million) for the same period, according to a report commissioned by the  Australian Horticultural Exporters Association .