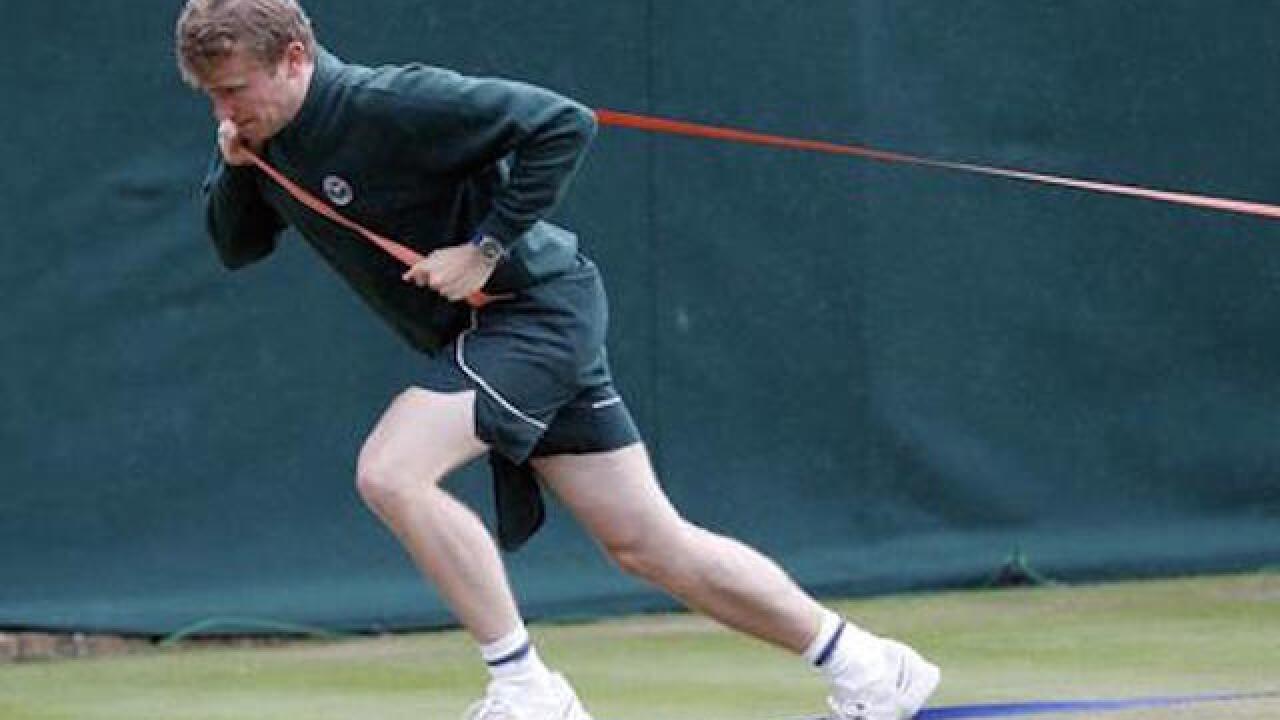 LONDON (AP) — For only the fourth time in Wimbledon's 139-year history, matches will be scheduled on the two-week tournament's middle Sunday.

All England Club spokesman Johnny Perkins said Friday evening that the decision had been made to add the extra day of play, necessitated by repeated rain delays during Week 1 that created a backlog of matches.

If all goes to plan, the grass-court Grand Slam tournament is supposed to have completed the entire third round of the men's and women's singles draws by Saturday, allowing for a traditional day of rest on Sunday.

But as of Friday evening, there were still second-rounders in singles that had not concluded — one men's match, and three women's. That is because there have been interruptions by rain on Tuesday, Wednesday and Friday.

The only other times that tournament organizers opted to have play on the middle Sunday were 1991, 1997 and 2004. Each time, the occasion — dubbed "People's Sunday" — created a carnival-like atmosphere, with the normally staid grounds filled with rowdy fans who snapped up tickets they rarely get the opportunity to buy.

Unlike in the past, when folks would queue up outside the club overnight to get seats, the tournament announced Friday that all tickets will be made available for online purchase in advance, limited to two per household, and none will be sold at the box office on Sunday.

In addition to now having a 14th day of play in hopes of making sure the event finishes by July 10, Wimbledon chose to reduce men's doubles matches in the first and second rounds this year to best-of-three-sets, instead of best-of-five.

The singles draws have become out of sync. Seven-time champion Roger Federer is the only man already into the fourth round, thanks to a straight-set victory over Daniel Evans on Friday. Meanwhile, 24th-seeded Alexander Zverev of Germany and Mikhail Youzhny of Russia have yet to wrap up their second-round match, which was suspended in the fifth set.

In women's play, five-time champion Venus Williams and 12th-seeded Carla Suarez Navarro have their fourth-round spots sewn up, but a half-dozen players are still stuck in the second round, including two-time champion Petra Kvitova, No. 11 Time Bacsinszky and No. 18 Sloane Stephens.