While Confederate statues come down, other symbols targeted 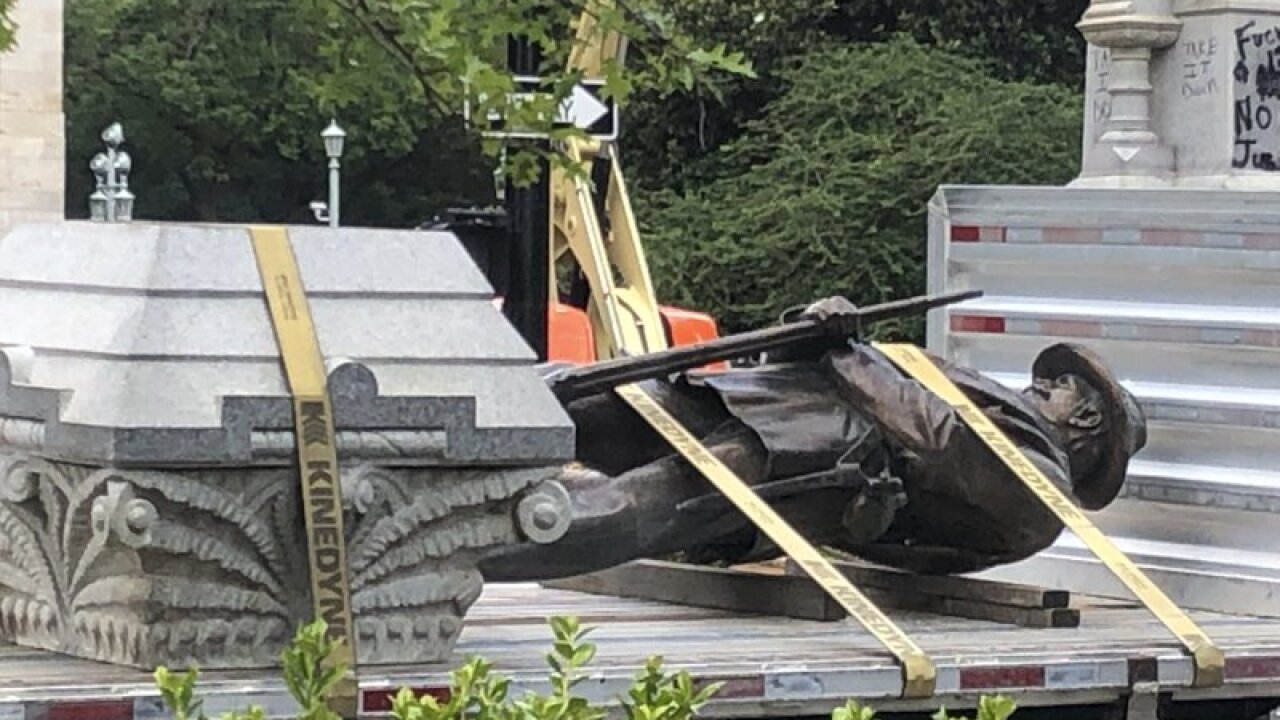 News outlets reported that work crews acting on the order of Democratic Gov. Roy Cooper removed the statue Sunday morning and began taking down the obelisk on which it stood. Sunday’s work follows the removal of two other Confederate statues on the state Capitol grounds on Saturday.

Meanwhile, the American Museum of Natural History in New York will remove a prominent statue of Theodore Roosevelt from its entrance after years of objections that it symbolizes colonial expansion and racial discrimination.