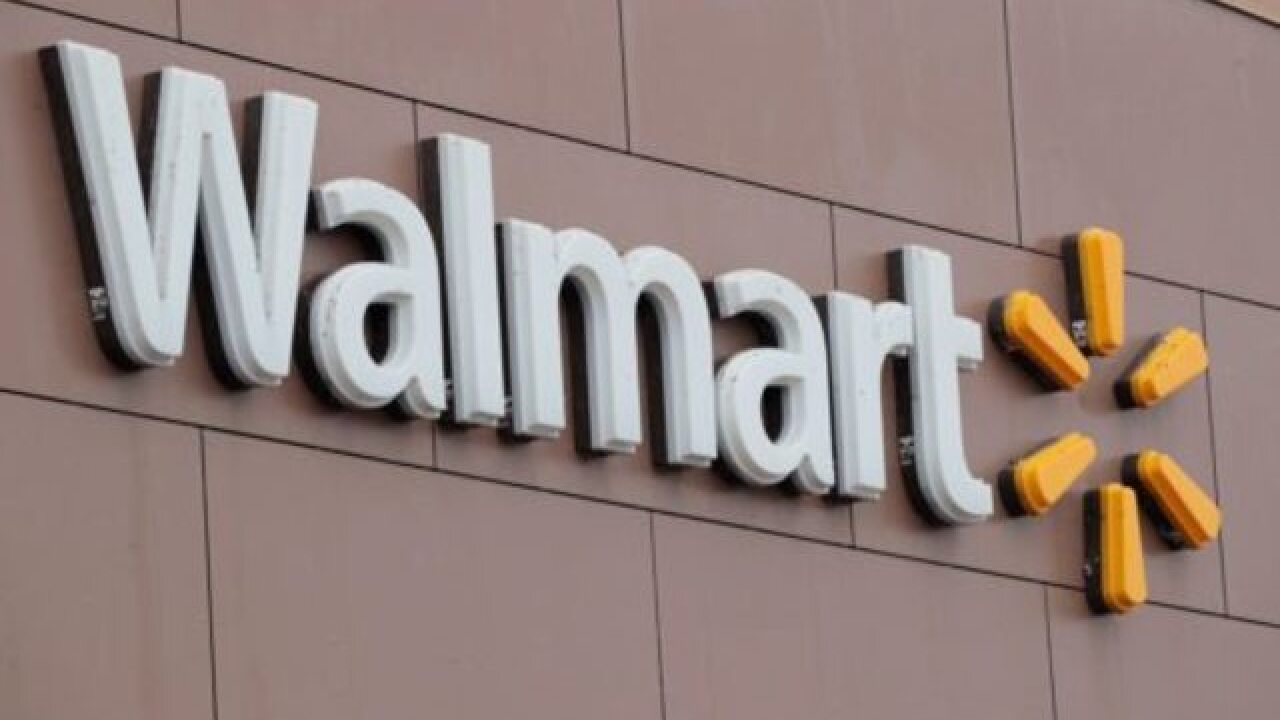 Burton, MI (WJRT) -- A simple act of kindness is making a big impact.

When a Walmart cashier in Burton saw a customer get turned away from the store's nail salon, she took matters into her own hands.

"I was like making sandwiches and I was watching her like..." Tasia Smith said of the scene Thursday that brought her to tears.

She works at the Subway inside the Burton Walmart on Court Street.

That's where she captured a photo, which has since gone viral, of Walmart cashier Ebony Harris skipping her break to paint customer Angela Peters' nails.

"I just wanted to post it for awareness and appreciation, because people needed to know what was going on with the business and Ebony deserved all the appreciation she could get," Tasia said.

Harris said she watched the nail salon, located just a few feet over, refuse to do Peters' nails because her hands shake quite a bit due to cerebral palsy. So, she decided to do something about it.

"I just wanted to make her day special. I didn't really want her day to be ruined. That's why I did it. And plus she's a sweetie," Harris said.

Together, the two picked out some polish and relaxed in the seating area at Subway for a manicure.

"And you know, she moved her hands a little bit and she kept saying she was sorry. And, I told her, 'don't say that'. I said, 'you're fine'," Harris said.

It was a simple act of patience and kindness that's still making Angela smile.

"I thought that was so nice of her and I already felt comfortable with her because, like I said, I shop at Walmart a lot," Peters said.

Harris has no qualms with the nail salon, but she hopes her actions inspire others to treat people with disabilities the way they would want to be treated themselves.

"We're not trying to bash the nail salon. We're not trying to make them lose customers, make them look bad," she said. "But maybe spread awareness that no matter the person, who they are, what color they are, disability, whatever, they're people too. She's a girly girl. She's just like you, me, Tasia, my daughter, anybody. She wants to look pretty, you know, and so why can't she?"

Sitting next to her new friend at her store inside Collette's Vintage and Antique Mall, Peters said she's grateful not only for Harris' help, but a beautiful manicure too.

"I told her she's a blessing to us, to anybody, not just me. She makes me look at life and appreciate it much more than, you know, what I have been," Harris added.

The three plan to continue their friendship, already scheduling a dinner at Peters' favorite restaurant in town.

To check out Angela's business, stop by Collette's Vintage and Antique Mall on Wednesday through Friday or the Davison Farmer's Market on Saturdays. It's called Heavenly Poems For You.