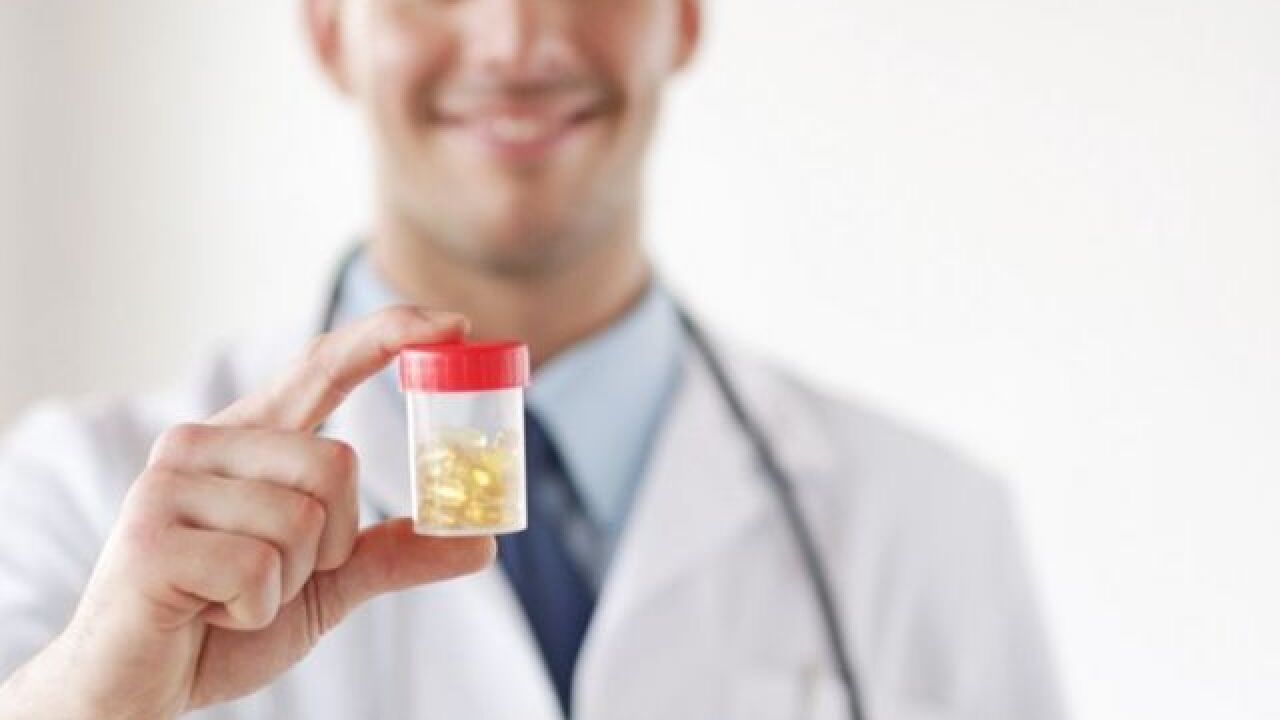 (CNN) -- Vitamin D and omega-3 supplements do not prevent cancer or heart disease, a new study finds, the latest in the years-long debate over their benefits.

The trial enrolled more than 25,000 Americans of various ethnicities who were over the age of 50 and had no history of cancer, heart attack, stroke or other forms of heart disease.

Participants were randomly assigned a daily dose of vitamin D, omega-3 or a placebo. After more than five years, no significant heart disease or cancer difference was seen between those taking supplements and those taking a placebo.

Lead researcher Dr. JoAnn E. Manson, chief of the Division of Preventive Medincine at the Brigham and Women's Hospital and professor at Harvard Medical School, said the study distinguishes itself because it is the world's largest randomized trial of its kind.

Previous research has looked at bone health or used high-risk populations, she added, but her study had the "the primary aims to look if vitamin D and omega-3 could reduce risk of cancer and cardiovascular disease" in typical people with no history of such conditions.

The results of the VITamin D and OmegA-3 TriaL -- known as VITAL -- were presented at the American Heart Association Scientific Sessions 2018 in Chicago and published Saturday in the New England Journal of Medicine.

Research has suggested that the fatty acid omega-3 could prevent cancers and cardiovascular diseases, the study says, and vitamin D has been suggested to reduce cancer risks because there are fewer cancer cases in countries with high sun exposure. Such observational studies are susceptible to confounding factors for a lower cancer rate in places where there is greater sun exposure, because people who spend more time outside are most likely also engaging in other healthy habits such as exercise.

"If you're already taking one or both of these supplements, there's no clear reason to stop. If you want to consider starting, our recommendation is to talk with your health care provider, but this does not need to be done on an urgent basis," Manson said.

The study was a large clinical randomized trial, noted Brian Power, honorary senior dietitian at University College London Hospital and lecturer in nutrition who was not involved in the research. He described it in an email as "the gold standard for evaluating effectiveness of interventions of this sort; bias and confounding are reduced."

Looking at moderate to high dosages of 2,000 IU of vitamin D, 1,617 people developed cancer; of these, 793 were regular vitamin D takers, and 824 were in the placebo group.

The researchers concluded that the difference is too small and says there is no link between vitamin D and a lowered risk of major cardiovascular events or invasive cancers.

Anastasia Z. Kalea, senior lecturer at the Centre for Cardiovascular Genetics at University College London who was not part of the study, said the results are "very important but not surprising." Both conclusions were suspected, and the trial supports them, she added.

The study shows that it is not possible for vitamin D supplements to prevent cancer, and the differences in the placebo and vitamin D groups are minimal, Kalea said.However, over the course of the study, deaths from cancer were significantly reduced, by 25% for those who took vitamin D supplements. This finding needs further research, but Manson thinks it can be explained with vitamin D affecting tumor biology, making it less likely that the tumor grows and spreads.

Recent research also disproved the theory that vitamin D improves bone health and prevents fractures, but some experts disagree with this, citing small time periods and sample sizes as well as insufficient dosages.

Some benefit from omega-3

In the omega-3 analysis, invasive cancers were found in 820 participants taking daily supplements of 1 gram of omega-3 and in 797 who received a placebo.

Also, 386 people taking 1 gram of omega-3 experienced cardiovascular events during the study, as did 419 people taking a placebo.

In people who don't eat the recommended one or two servings of fish a week, the supplements were linked to a 40% reduction in heart attacks. But for people who followed the recommendation, there was no such association.

Manson recommends trying to get omega-3 from a healthy diet that incorporates fish. But people who don't eat or don't like fish should talk to a health care professional about the option of omega-3 supplements.

"It could be a chance finding," Manson said, and thus it needs to be replicated. But if confirmed this could point to a "promising approach to reducing health disparity."

Nathan Davies, lead for the Clinical Nutrition and Public Health program at University College London, said these findings are not "radical findings by any means. There could be benefits there, but they are not as clear-cut."

The findings show that omega-3 oils are not harmful, added Davies, who was not involved in the research.

However, he noted that the study could have benefited from longer duration. "You always want an even longer duration, especially if you are looking at cancer."

It also doesn't analyze whether there is a dose dependency effect and a higher dose could lead to better results, Davies said.

"Diet is more important than supplementation. If you have a good diet, you won't need supplements," he said, adding that this is not always practical, as factors such as income and availability can also affect diet.

Victoria Taylor, senior dietitian at the British Heart Foundation, wrote in an email, "We don't recommend taking vitamin and mineral supplements to prevent heart and circulatory disease, and this study's findings support our advice.

"If you eat a healthy, balanced Mediterranean style diet, you should be able to get all the nutrients that you need to protect you from heart and circulatory diseases," she added.