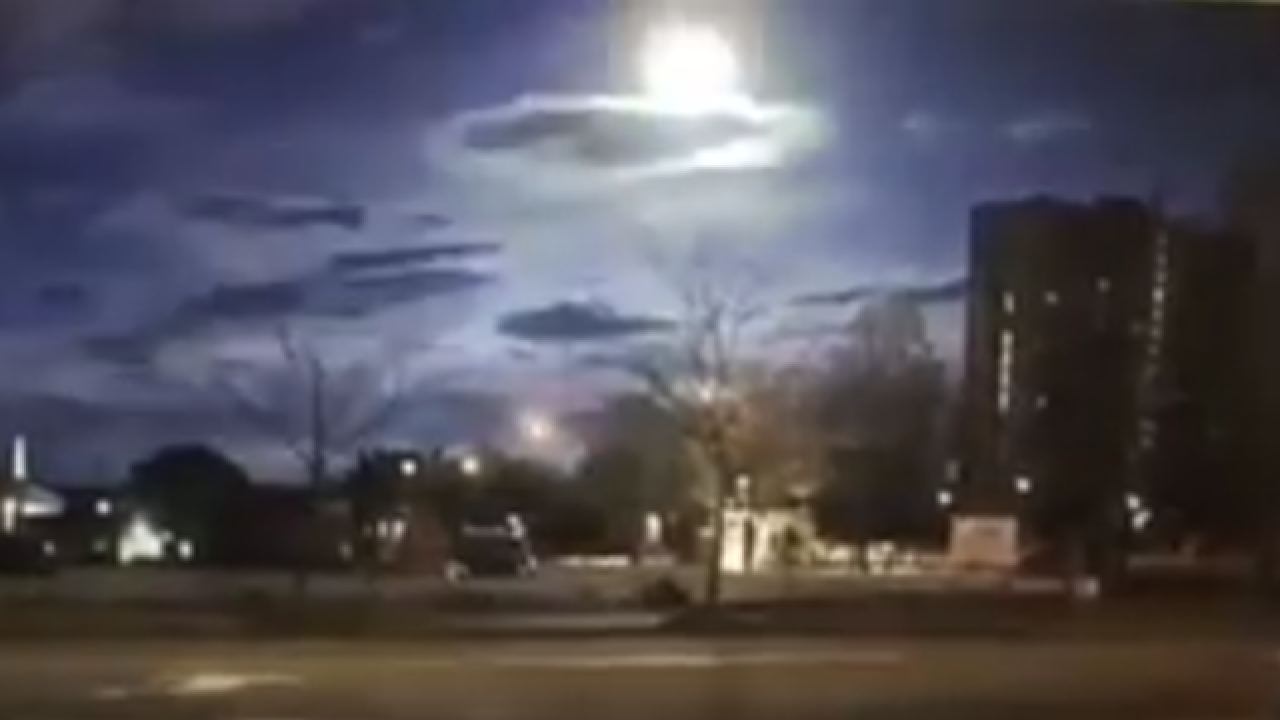 Police in Maine trying to catch speeding drivers caught an incredible fireball soaring through the sky instead.

The American Meteor Society says the fireball was seen in the Northeastern US around 12:50am.

This video is from police in Portland, Maine who joked, “The meteor (or alien spaceship) was caught on camera at approximately 0050 hours. Let's hope the visitors are friendly. They could just be some of Stephen King's friends on their way to visit him. Whomever they are I'm sure we could win them over with a whoopie pie.”

The Society says though it was primarily seen in Maine, they have reports of the fireball being spotted in Vermont, New Hampshire, New Jersey, Massachusetts, New York, Rhode Island, Pennsylvania, Connecticut, Ontario (Canada) and Québec (Canada).

Below is a video from Plattsburgh Police:

Witnesses also reported hearing a boom that shook their homes. Craig C. in Canton, Maine told the Society, “There was a 3-5 min delay from the time I saw it to the boom I heard and felt, very loud and shook the home, unlike anything I have ever experienced before.”

Here are videos captured by others of the event: