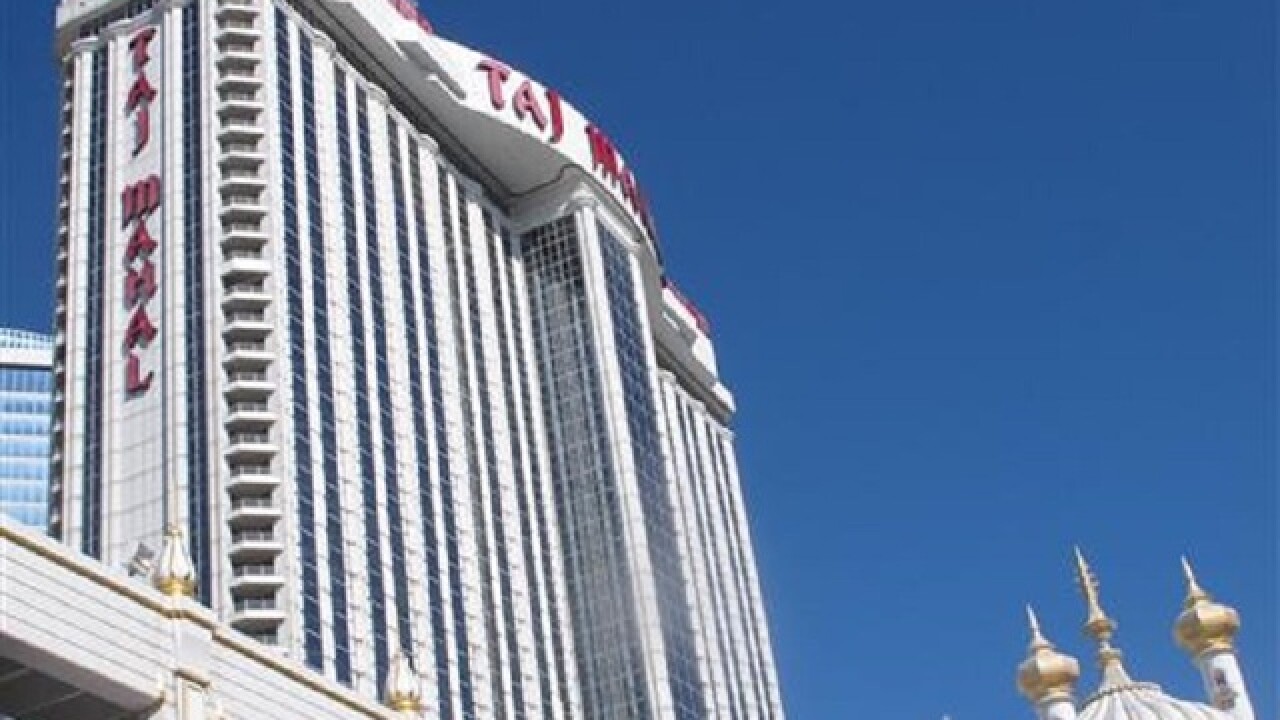 Local 54 of the Unite-HERE union told The Associated Press that it was unable to reach agreement on a new contract with the Taj Mahal, which is owned by billionaire investor Carl Icahn. The walkout involving about 1,000 union members began at 6 a.m. Friday.

About 20 picketers were outside the casino at the start of the critical July 4 weekend, among the busiest of the year for Atlantic City casinos. The picketers chanted: "All day and all night, Local 54 on strike!" and "We don't get no contract, you don't get no peace!" Supervisors from the casino were monitoring the picketing from a balcony.

It was not immediately clear whether the Taj Mahal planned to press management into service, hire temporary replacement workers, or some combination of both.

The Taj Mahal was the only one of the five casinos targeted by the union that was unable to reach a new deal.

The casino enraged workers during its most recent spin through bankruptcy court in October 2014 when it got a judge to allow it to cancel health and pension benefits, deeming them unaffordable to the struggling casino.

The Taj Mahal was opened and once run by Donald Trump, the presumptive Republican presidential nominee. But the bankruptcy filing and the benefit terminations happened five years after Trump relinquished control of the casino and its parent company, Trump Entertainment Resorts, that bore his name.

Aside from a 10 percent stake in the company for the use of his name that was wiped out in bankruptcy, Trump has had no involvement with the company since 2009.

On Thursday, the union struck deals with three casinos owned by Caesars Entertainment (Bally's, Caesars, and Harrah's) as well as the Tropicana, which, like the Taj Mahal, is owned by Icahn.

Icahn kept the Taj Mahal afloat during its bankruptcy, and took it over in March. He repeatedly threatened to withdraw financial support for the casino and force it to close if he was forced to restore health and pension benefits.

The clash between Icahn and Local 54 leadership, particularly its president, Bob McDevitt, has grown acrimonious and intensely personal. Icahn has likened McDevitt and the union to extortionists, while the union president has called Icahn "a cancer" that needs to be cut out of Atlantic City.

Icahn did not immediately respond to a request for comment early Friday.

The company gave union members a cash stipend to buy health care on the private market or through the government-run Affordable Care Act, but many say it does not come close to the actual cost of obtaining insurance.

Borgata, Golden Nugget and Resorts were not targeted by the union, and are not affected by the strike.

The union says it recouped a good portion of givebacks it handed the casinos in past negotiations when its financial condition was worse. After four of 12 Atlantic City casinos shut down in 2014, there is less competition for the surviving eight. As a result, they are seeing their bottom lines begin to stabilize.