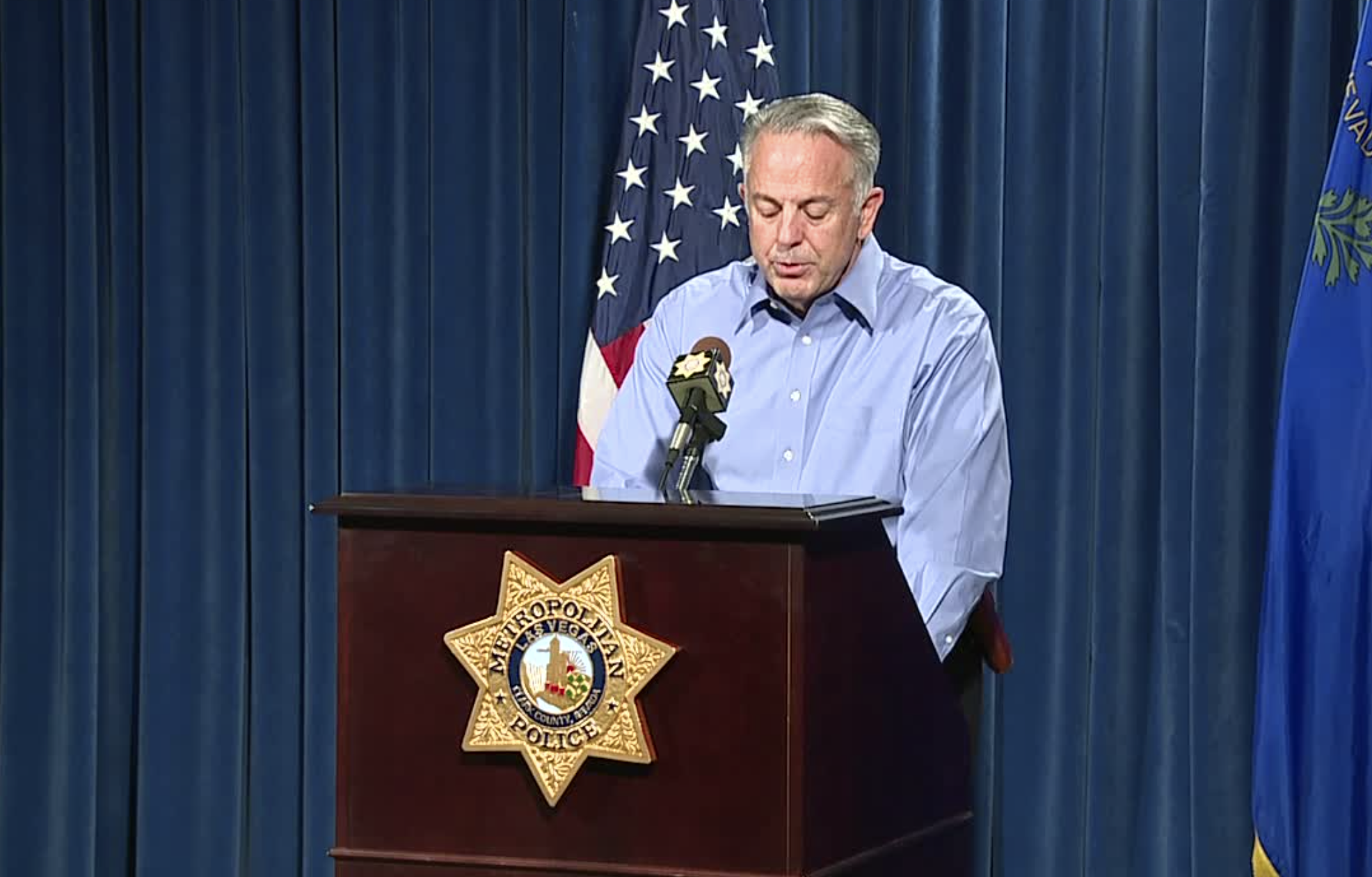 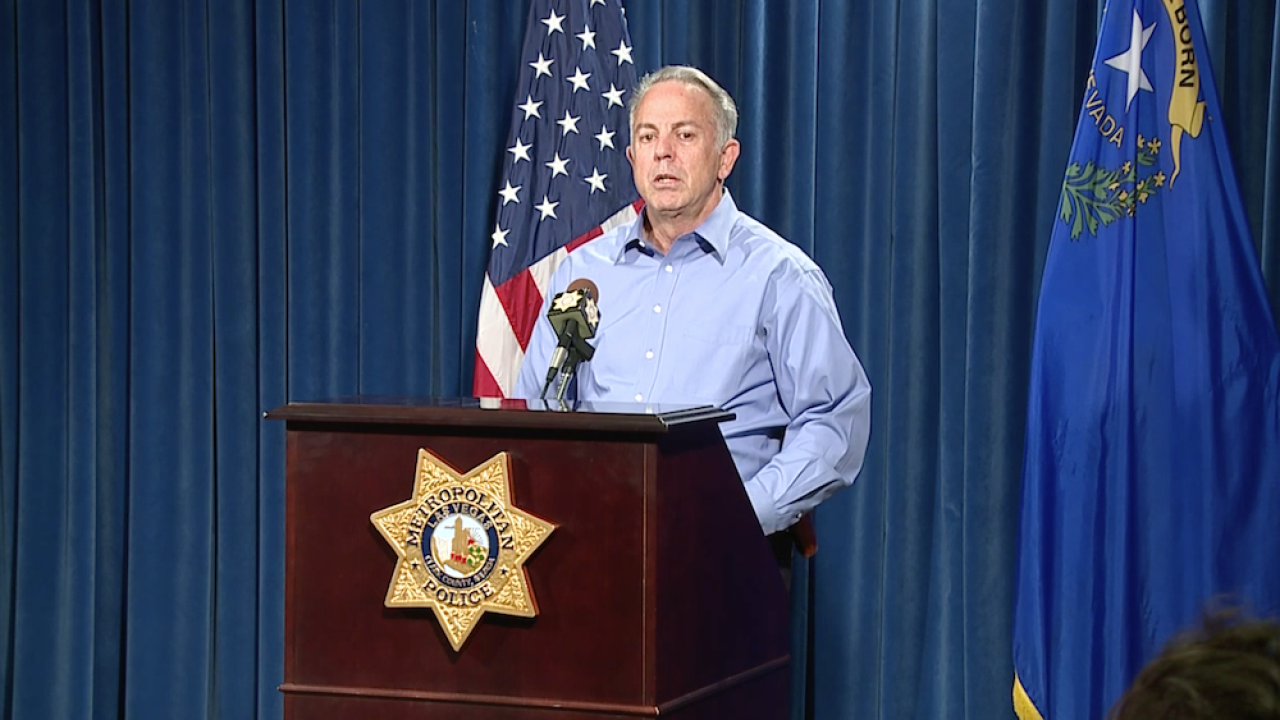 Police are investigating two shootings in Las Vegas that left one officer on life support and a suspect dead after another night of protests for George Floyd developed into violence.

Las Vegas Sheriff Joseph Lombardo said that the police officer who was shot shortly after 11 p.m. is in extremely critical condition and on life support at University Medical Center.

Lombardo said officers were dealing with a large group of protesters near the Circus Circus hotel-casino when a "shot rang out" and the officer went down. Lombardo says that the protesters were throwing rocks and other objects at the officers before the officer was shot.

SWAT and K9 responded to the scene and were able to apprehend the suspected shooter.

A second shooting took place in front of the Foley Federal Building near Bridger Avenue and Las Vegas Boulevard.

Police officers were stationed at the building, protecting it against protesters.

An individual with multiple guns and wearing body armor approached the building and engaged the officers. They opened fire, and the armed individual was struck several times. He was transported to a local hospital and pronounced deceased.

Lombardo told members of the press that he did not have any additional information at this time. Another press briefing will be held later today.

Protests in response to Floyd's death at the hands of police began in Las Vegas on Thursday. Since then, there have been protests each night.

The protests have begun peacefully every night, but tensions have risen as they progress. There have been multiple reports of police using tear gas and arresting protesters who refused to obey orders.

The protests on Thursday and Friday night took place on the world-famous Las Vegas Strip.

Eighty people were arrested on Friday night, including two photojournalists.

A local Black Lives Matter group, which has been responsible for organizing some of the protests, has been urging people to protest peacefully.

On Monday afternoon, President Donald Trump called on all 50 states to dispatch the National Guard in response to protesters across the U.S.

This story was originally published by Joyce Lupiani on KTNV in Las Vegas.