Trump: Immigration is 'changing the culture' of Europe 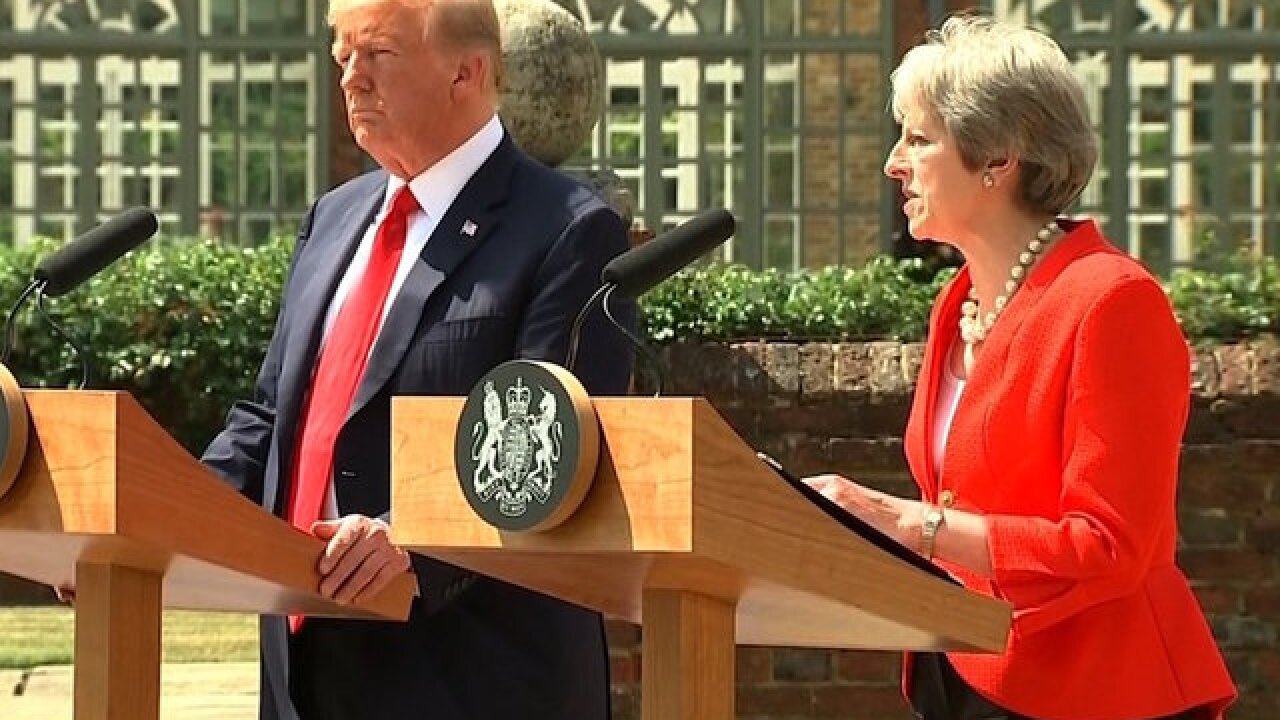 President Donald Trump said Friday that European leaders "better watch themselves" because immigration is "changing the culture" of their societies.

"I think it has been very bad, for Europe. ... I think what has happened is very tough. It's a very tough situation -- you see the same terror attacks that I do," Trump said at a news conference with British Prime Minister Theresa May outside of London.

"I just think it is changing the culture, I think it is a very negative thing for Europe," Trump said.

The President warned that immigration was hurting Germany and other parts of Europe "very much," apparently referring to a wave of refugees who have entered Europe from shattered Syria and other unstable societies in the Middle East and North Africa.

"We have laws that are so bad that I don't even call them laws," he said complaining that undocumented migrants who cross the border can involve the US government in years of litigation.

"You walk across the border, you put one foot on the land, and now you are tied up in a lawsuit for five years, it's the craziest thing anyone has ever seen," Trump said.

Trump's comments on immigration mirrored the rhetoric of far-right populist parties in Europe including the AfD in Germany and the National Front in France, which have posed an increasing threat to the establishment leaders that Trump meets at international summits.

Speaking a few moments after Trump, May had a completely different message.

"Over the years, overall, immigration has been good for the UK. It has brought people with different backgrounds, different outlooks here to the UK," May said, emphasizing as well that it is important for Britain to have control of its borders to regulate exactly who was entering.

Trump's attitude to immigration, including travel restrictions on citizens of some Muslim nations and the practice, now halted, of separating undocumented migrants who cross the southern border from their children, is seen as racist by many critics in Europe, and it helped fuel huge demonstrations taking place in London on Friday.

Democratic Sen. Robert Menendez of New Jersey responded to Trump's comments by telling CNN's Poppy Harlow that Trump's grandfather had come to the United States as an unaccompanied minor from Germany in a wave of European migration.

"The President is bored down on this issue that he is convinced that this is maybe appealing to his base, but it undermines the greatest experiment in the history of mankind, which is the United States of America that has brought people from all walks of life and enriched this nation.

"The fact that ... he cannot understand that he himself is the beneficiary of the type of immigration that he now continuously criticizes it is pretty amazing."