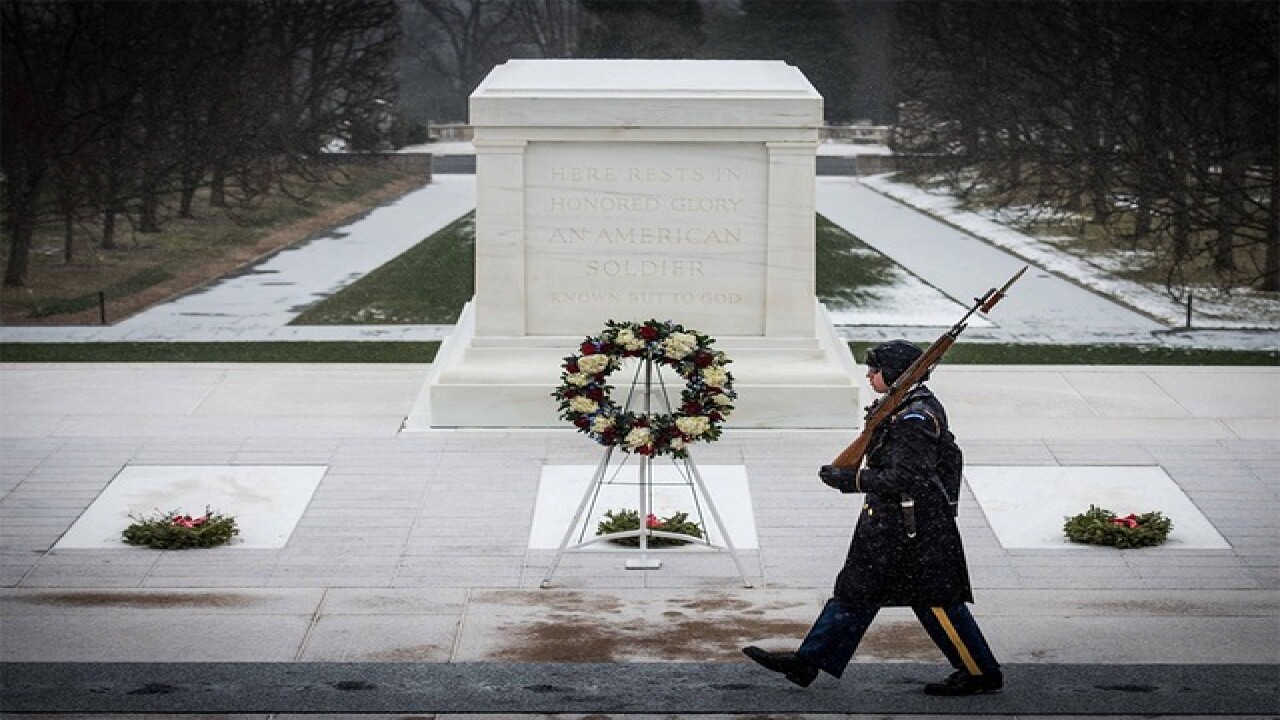 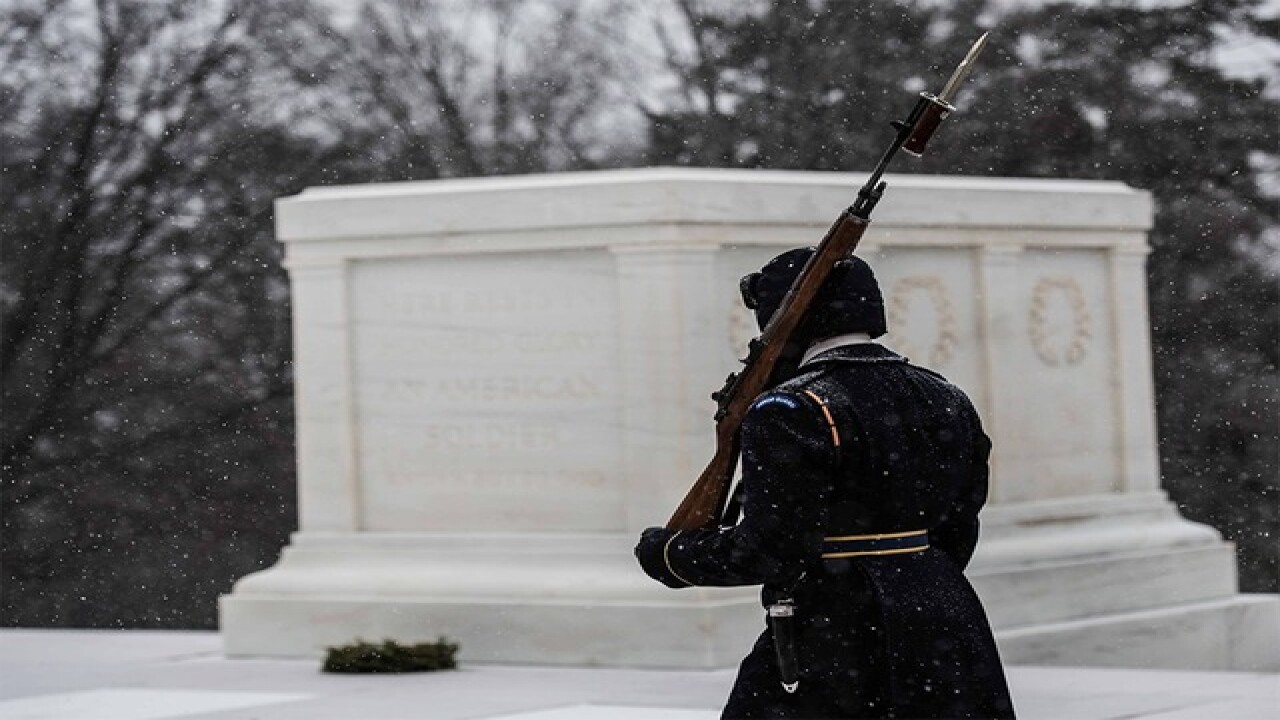 A record snowstorm is hitting the east coast right with nearly two feet of snow expected in the Washington D.C. area. As most people stay in their homes and don't go outside during the storm, there is one group of men whose job it is to stay outside no matter what.

Sentinels from the 3d U.S. Infantry Regiment, also known as The Old Guard, continue to stand guard at the Tomb of the Unknown Soldier at Arlington National Cemetery.

“These guys will be out in the snow, no matter what,” Major Russell Fox, a spokesman for the Army’s Old Guard told ABC News. “They love what they’re doing and they’re dedicated."

There are three Tomb squads called "reliefs," which consist of 1st, 2nd and 3rd reliefs, each with 5-8 soldiers, according to the tomb guard website.

Though Arlington National Cemetery will be closed through the weekend because of the storm, the Tomb Sentinels will stand guard at the tomb, with the changing of the guard happening every hour.

According to ABC News, it is standard when the cemetery is closed for members to change into camouflage uniforms from their formal uniforms.

When on guard, the Sentinels live and work in the Tomb Quarters below the Memorial Amphitheater.

The Sentinels march for 21 paces in front of the tomb, face north to stand at attention for 21 seconds before marching 21 paces back.

"I will guard everything within the limits of my post and quit my post only when properly relieved." #Blizzard2016 pic.twitter.com/A3aWiF6wmp