Thieves stole $9 from a girl's lemonade stand. Police, neighbors rallied to give her more than $300 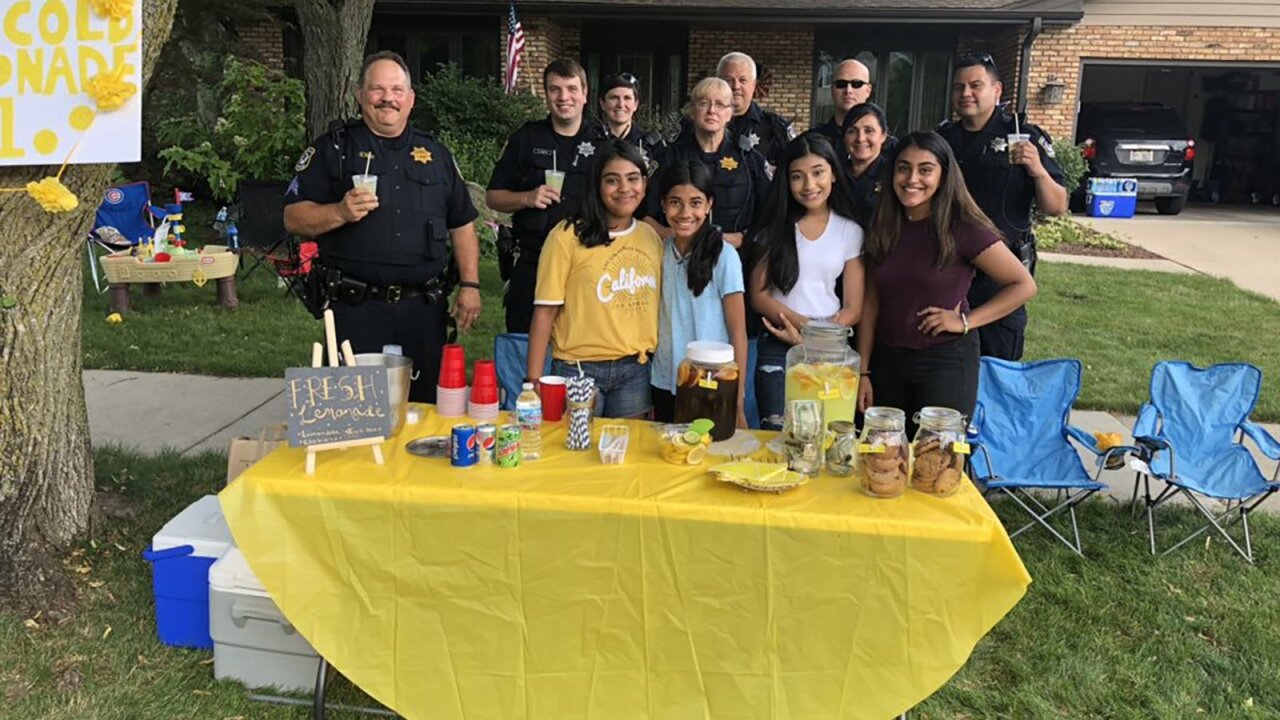 Ben Hutchinson
Alizay Kashif, in yellow, and her friends saw an outpouring of support for their lemonade stand.

(CNN) — In late June, 11-year-old Alizay Kashif set up a lemonade stand in her family's neighborhood in Naperville, Illinois, a suburb on the western outskirts of Chicago.

She was selling refreshments to benefit Feeding America, a national network of food banks.

But after she took in nine bucks, a group of teenagers grabbed the money basket and drove off with it. She was devastated.

That's when her father posted on the neighborhood social media platform Nextdoor, explaining how sad his daughter was and asking what he should do about the theft.

Ben Hutchinson was one of the neighbors who read the post. A former journalist, Hutchinson said the story struck him. "When I was a reporter, I often saw people in bad times, and I couldn't help them." This time, he thought he could step in.

And despite the theft, Alizay and her sister, Emaan, still wanted to use a lemonade stand to raise money for the food bank. "They had a quiet area, not very visible," Hutchinson said. "So I offered them my busy street corner."

A cop showed up to keep watch over the stand this time, telling them, "I think I might have a few friends coming."

Then, a parade of police cars drove up with their lights on and sirens blaring. "The police took it to the next level," Hutchinson said.

"The parents wanted to teach their kids a lesson about perseverance." — resident Ben Hutchinson

Local officers helped collect about $170 to support the charitable enterprise. Along with lemonade sales and some donations on Facebook, the sisters received nearly $350, CNN affiliate WGN reported.

"The parents wanted to teach their kids a lesson about perseverance," Hutchinson said. It worked; the girls' passion helped bring a neighborhood closer together.

Meanwhile, Hutchinson said he's glad he left TV news to spend more time with his own family in Naperville, where he grew up.

"This reinforced the same sense of the community that I felt when I was growing up here," he said.