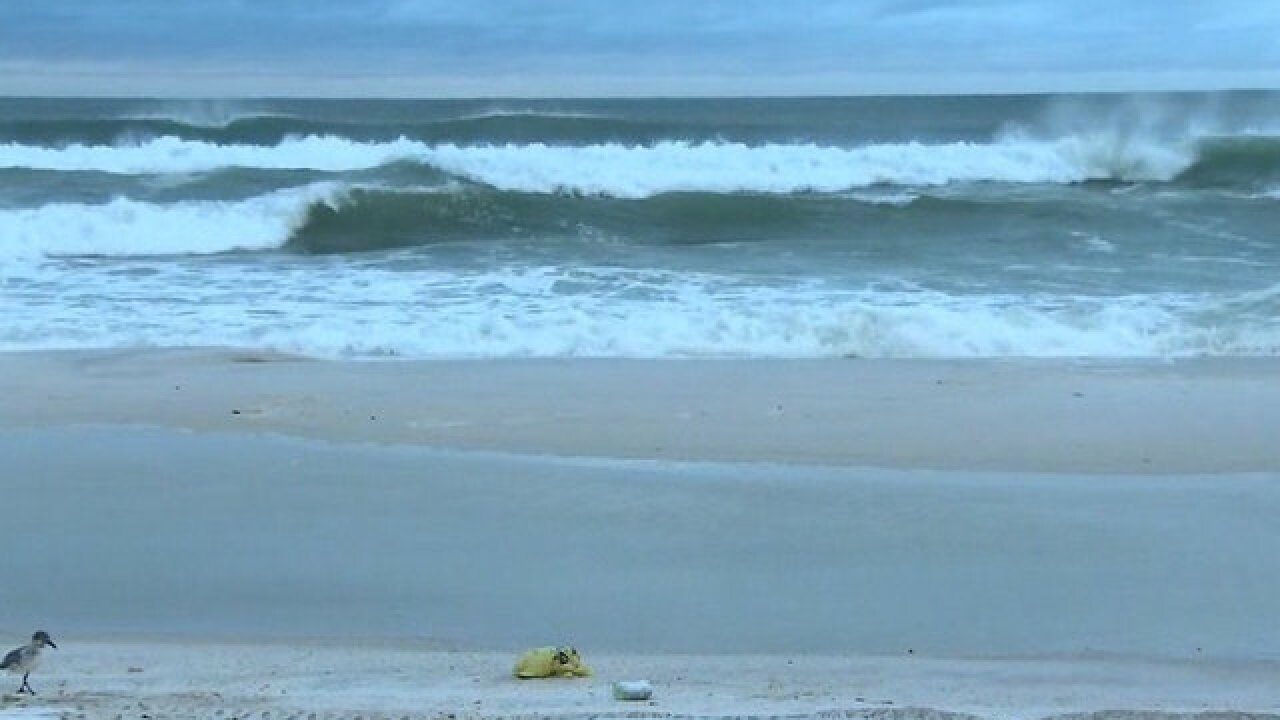 Subtropical Storm Alberto is disrupting plans for Memorial Day barbecues and beach outings in Alabama, Florida and Mississippi, as the storm continues to churn north through the Gulf of Mexico.

Alberto slowed overnight. But the heaviest rain bands and strongest winds began coming ashore around 10 a.m. Monday in Panama City Beach. That should continue into the afternoon as the center of the storm gets closer to land, bringing with it the risk of flooding, storm surges and tornadoes.

A Tropical Storm Warning is in effect for the northern Gulf Coast from the Suwannee River to the Mississippi-Alabama border.

The three states likely to bear the brunt of the storm have begun preparing states of emergency.

Florida Gov. Rick Scott issued a declaration for all 67 counties in his state. Mississippi Gov. Phil Bryant authorized the use of the National Guard, his office said in a statement.

Western Cuba, the Florida Keys and southern Florida remain at risk of flooding and flash flooding Monday, the National Hurricane Center said in its 5 a.m. ET update, with the risk moving north with the storm.

Alberto could bring isolated storm-totals of 20 to 25 inches of rain to central Cuba and up to 12 inches in areas of the Florida panhandle into much of Alabama and western Georgia, the NHC said. The Florida Keys and Florida peninsula could receive 10 inches of rain in some areas.

"Heavy rainfall will lead to a significant risk of flash flooding across the Florida Panhandle, much of Alabama, and western Georgia through tonight, spreading northward into northern Georgia, the western Carolinas, and Tennessee on Tuesday," the NHC said.

"Rains in Cuba could produce life-threatening flash floods and mudslides. Flooding and flash flooding are possible in the southeast United States, including Florida," it said.

Meantime a Storm Surge Watch is in effect for the Suwannee River to Navarre, Florida.

"The combination of storm surge and the tide will cause normally dry areas near the coast to be flooded by rising waters moving inland from the shoreline," the NHC said, with water potentially reaching 2 to 4 feet above ground if the peak surge occurs during high tide.

The NHC said Alberto had maximum sustained winds of near 65 mph with higher gusts and that little change in strength is expected before the storm makes landfall on the northern Gulf Coast later Monday.

"Alberto will likely become a subtropical depression tonight or early Tuesday and degenerate into a remnant low by Tuesday afternoon," the NHC said.

Authorities in New Orleans urged residents and businesses to "get prepared and stay informed" about the storm. The main threat is from heavy rain that could lead to flooding, the city said, but also high winds and storm surge could cause problems.

"I strongly encourage everyone to be safe and stay informed," Mayor LaToya Cantrell said in a statement.

The early storm doesn't necessarily mean this year's hurricane season will be as busy as last year's though. The season is likely to be "near or above normal," according to the NHC.