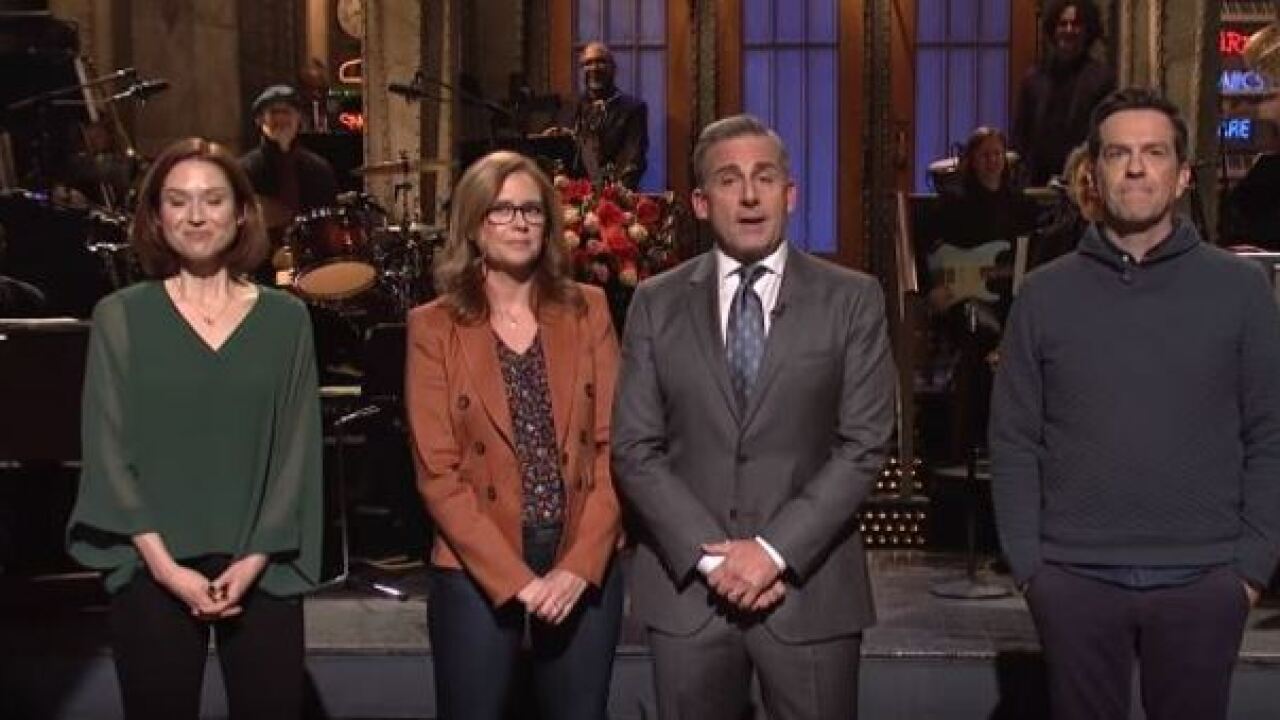 Actor Steve Carell teased fans about a possible "The Office" reboot during the opening monologue of "Saturday Night Live."

The show begins with Carell being asked by "fans" on the possibility of the hit comedy returning to the small screen. Former cast mates Jenna Fischer, Ed Helms, Ellie Kemper and even Carell's family joined in on the fun giving pleas on why the reboot would be a great for fans and the cast. Just when we think Carell has been convinced and says he has an official announcement, fans are let down to find out he's only announcing a great show.