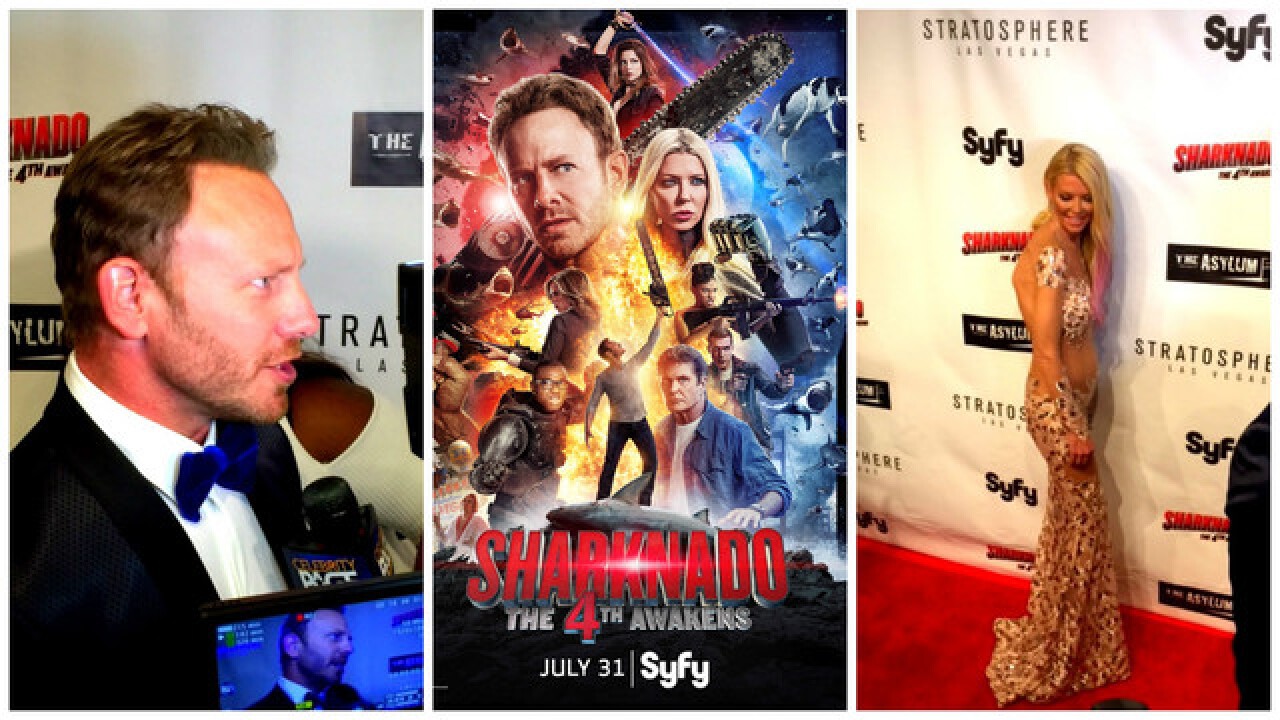 The fourth installment of Syfy's popular "Sharknado" made its premiere on Sunday and most of the movie's big stars were in Las Vegas, which is featured in the first 20 minutes of the movie, to party.

The red carpet and party took place at the Stratosphere Las Vegas, renamed Shark World Casino for the movie. The movie opens with star Ian Ziering and the Shepard family arriving in Las Vegas for a family reunion. It doesn't take long for the sharks to appear and Las Vegas to be left in ruins.

After the red carpet, the movie's stars and fans gathered in a theater at the Stratosphere casino to watch the movie. Cheers and applause were plentiful throughout the 1 hour and 25-minute movie while the crowd enjoyed cocktails, movie popcorn, pretzels and, appropriately, Goldfish crackers.

After the movie, the party continued with an after-party at Stratosphere's rooftop pool.

VIP guests were treated to mountains of shrimp, more cocktails, grilled vegetables, pasta and a variety of deserts. The movie's stars roamed about the area, eating and drinking and chatting.

RELATED: 21 'Sharknado 4' Pop Culture References From 'Star Wars' To 'Baywatch,' And Everything In Between

The general public also had an opportunity to attend the after-party, which was a fundraiser for The Animal Foundation, a local nonprofit that provides for animals in need. For $15, the public could lounge around the pool (or get in it), take photographs of the stars on a poolside red carpet, sip on cocktails and enjoy snacks, watch the movie and enjoy various shark-themed surprises.