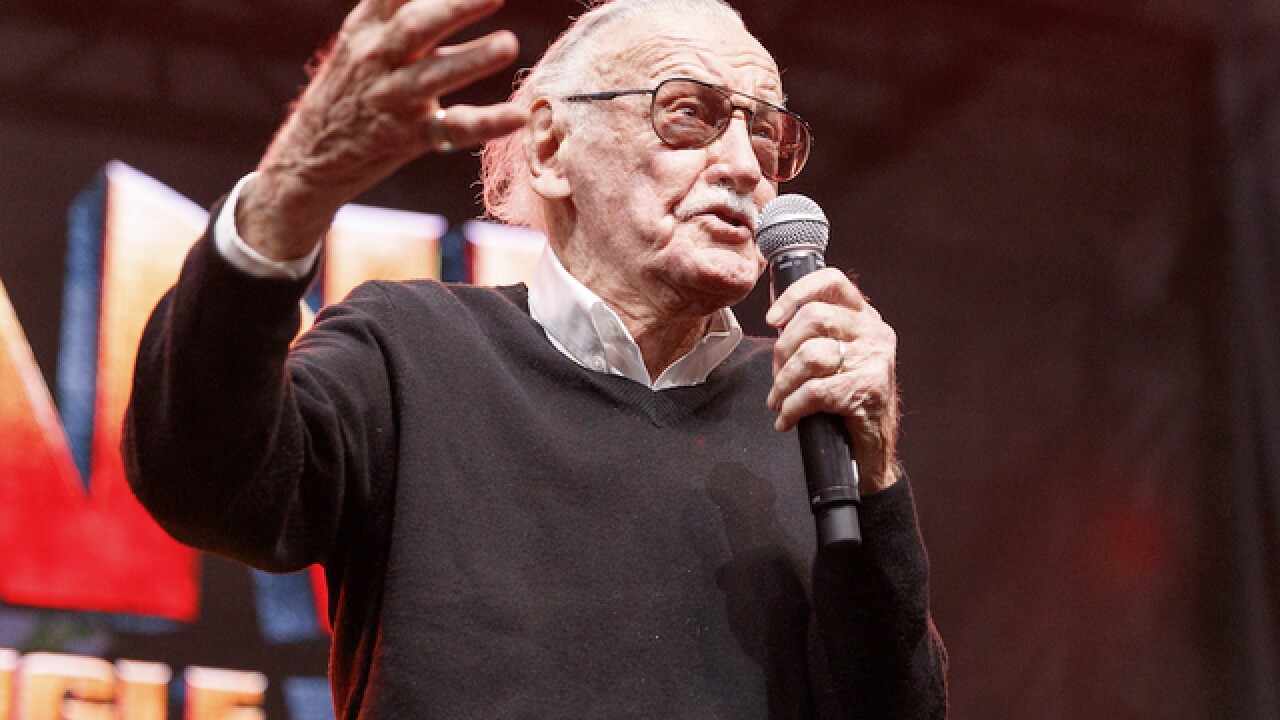 Superhero creator and legend Stan Lee has filed a lawsuit in excess of $1 billion against a company he co-founded.

According to the lawsuit obtained by CNN, Pow! Entertainment CEO Shane Duffy and co-founder Gill Champion "conspired and agreed to broker a sham deal to sell POW! to a company in China and fraudulently steal Stan Lee's identity, name, image, and likeness as part of a nefarious scheme to benefit financially at Lee's expense."

The complaint centers around the 2017 sale of the company to Hong Kong-based Camsing International.

Lee, who helped create Black Panther, Iron Man, the X-Men and countless other Marvel characters in comic books and on the big screen, was led to believe he had entered into a non-exclusive licensing agreement with Pow!, according to the complaint.

Lee says the defendants fraudulently obtained his signature, allowing Pow! Inc. to gain "the exclusive right to use Lee's name, identity, image and likeness on a worldwide basis in perpetuity."

The complaint also states that Duffy, Champion and Lee's former business manager Jerardo Olivarez (who is not named as a defendant in the suit) took advantage of his grief over the death of his wife of 70 years, Joan B. Lee, last year and his poor eyesight due to macular degeneration.

In the suit, Lee alleges that Olivarez managed to convince him to sign a power of attorney to gain control over Lee's assets.

Duffy and Champion have not responded to CNN's request for comment.

CNN has reached out to Lee and Pow! Entertainment for comment.

"Lee does not recall anyone reading the Illegitimate Document to him, and, due to his advanced macular degeneration, he could not have read it himself," the complaint states.

Lee filed a separate suit against Olivarez in April, alleging fraud and financial abuse of an elder.

CNN was unsuccessful in attempts to reach Olivarez.

But in April, Olivarez denied to The Hollywood Reporter that he had misappropriated Lee's funds.

"Mr. Lee told me I had given him a new lease on life after Mrs. Lee's passing," Olivarez said. "I had looked out for him during recent contract negotiations with Pow! [Entertainment]. He gave me a check as a thank-you."

In the days after his wife's death, the suit alleges that certain individuals took great advantage of Lee by firing his banker and his longtime lawyers, along with transferring almost $5 million out of one of his accounts, forging a $300,000 check, and buying a $890,000 condo.

The suit follows an investigative piece by The Hollywood Reporter about possible elder abuse involving Lee, who is 95.

"Help! Someone has hijacked my Facebook and Instagram," the post read. "I want everyone to know whoever is writing them is a fraud and is impersonating me. How do I get them back? Can you guys help?"