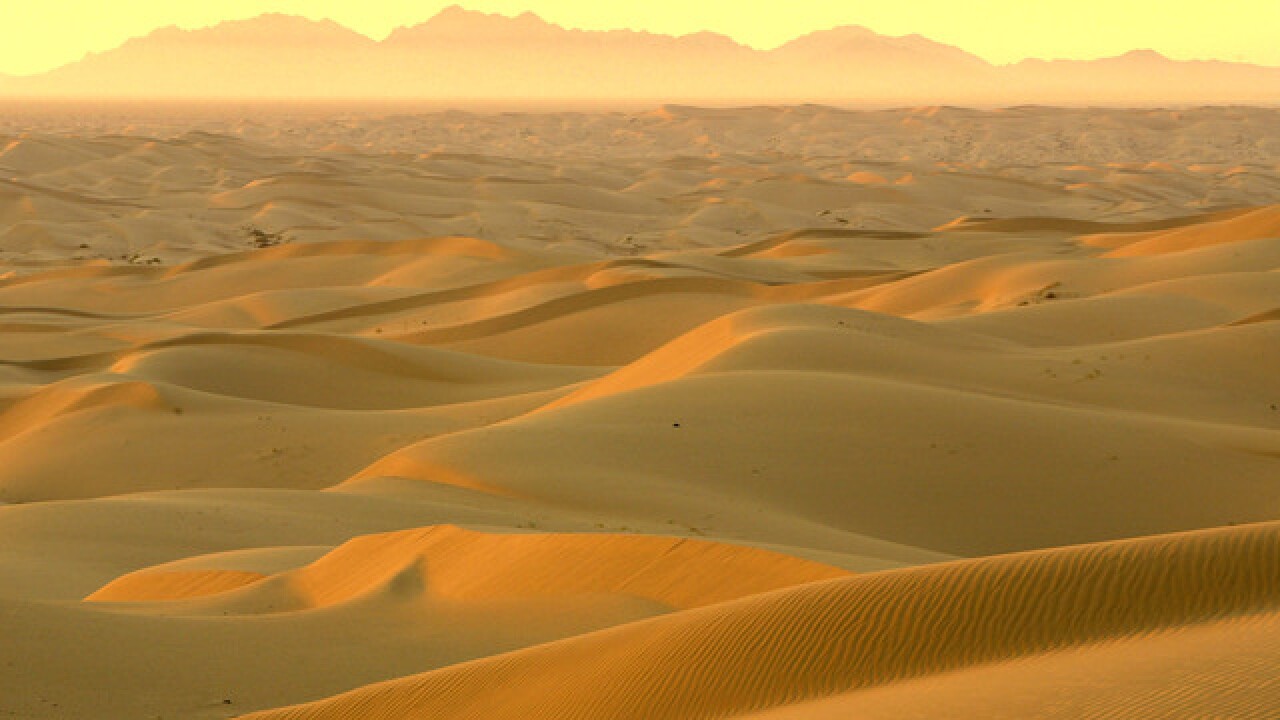 (CNN) -- Spanish Foreign Minister Josep Borrell claims that US President Donald Trump suggested Spain should build a wall across the Sahara desert to deal with the issue of migration from Africa.

Borrell made the remarks in a speech Tuesday during a lunch at Club Siglo XXI in Madrid, in reference to the expected massive growth in the number of young Africans seeking work in the next two decades. He did not specify where Trump had spoken but described it as happening "recently."

"You need to build a wall around the Sahara," Trump said, according to Borrell. The minister impersonated Trump's voice as he spoke, an audio file heard by CNN reveals.

Asked if he was aware of the size of the Sahara, Borrell said Trump replied: "It can't be bigger than our border with Mexico."

Borrell continued: "Well, yes, it is way bigger than the border with Mexico, and in any case it wouldn't be very useful to do that."

A spokesman for the Spanish Foreign Ministry confirmed to Borrell's comments to CNN but said the ministry had no further comment in relation to the minister's remarks.

The White House did not immediately respond to CNN's request for comment.

The Sahara desert extends for nearly 3,000 miles across the African continent. Around a dozen countries lie wholly or in part within the Sahara, including Morocco, Tunisia, Libya, Mali, Mauritania, Egypt, Algeria, Chad and Niger. Spain is not one of them, so any wall would have to be built entirely on other nations' land.

The US-Mexico border is a little under 2,000 miles long.

Trump was elected in 2016 having campaigned on a promise to build a wall along the United States' southern border, which he said Mexico would pay for. Mexico has refused and funding for the wall remains mired in Congress amid opposition from Democrats.

Immigration is a contentious issue in Spain, as in many countries in Europe. Prime Minister Pedro Sanchez faced criticism from some in June when he offered refuge in Spain to more than 600 migrants on a rescue ship after they were turned away by Italy's populist leaders.

More than 33,000 migrants have arrived in Spain by sea so far this year, according to the International Organization for Migration, a UN agency. That figure represents 43% of all irregular arrivals via the Mediterranean this year, the IOM said -- putting Spain ahead of Italy and Greece, also popular destinations for migrants arriving by sea.

Spain also has two tiny northern African territories which border Morocco, Ceuta and Melilla. They are Europe's only land borders with Africa.

The number of migrants seeking to enter Europe illegally has fallen sharply from a peak in 2015, when the IOM recorded total arrivals to Europe by sea at just over 1 million. Altogether, around 77,500 migrants have reached Europe by sea illegally so far this year, according to the IMO.