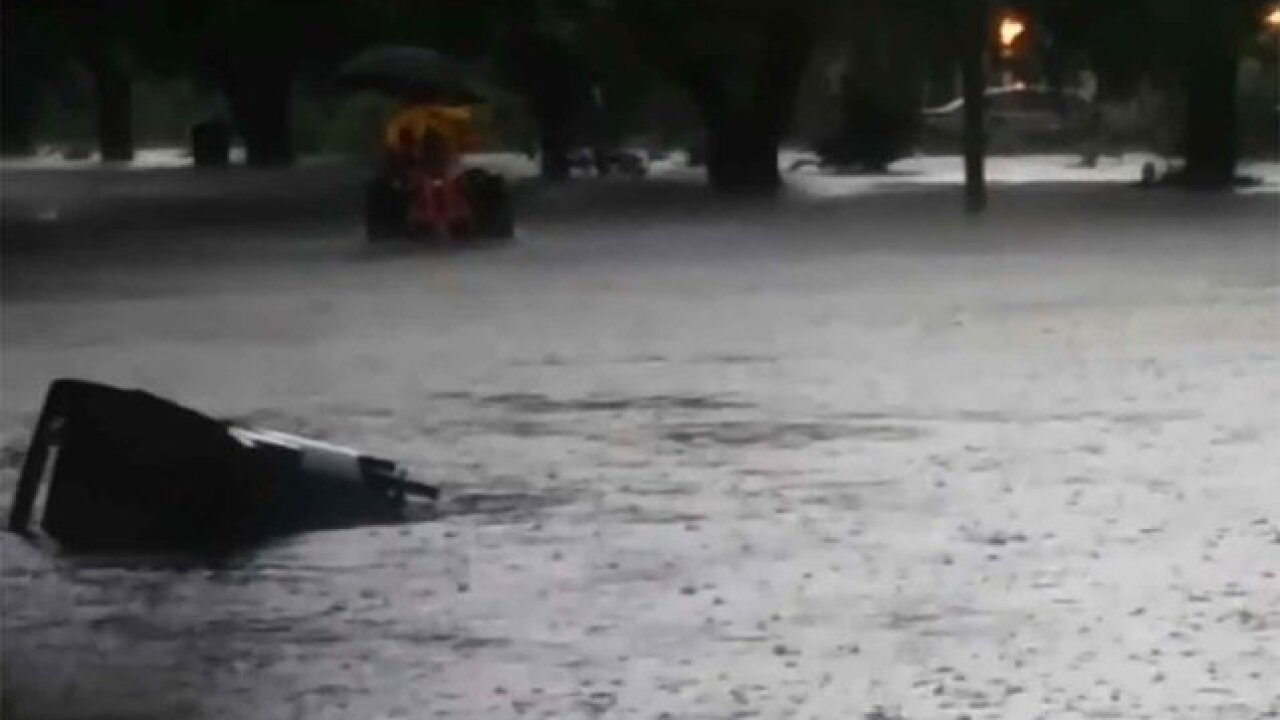 Heavy rain was falling in Victoria, Corpus Christi and McAllen, where hundreds of migrants seeking entry into the United States await processing at a detention center. There were no immediate reports of problems at the center because of the rain.

Flash flood warnings were issued for southeast Hidalgo and northwest Cameron counties, along the Mexican border, the weather service said.

Flash flooding was reported in Hidalgo County, already saturated with 4 to 6 inches of rain. Meteorologists predict another 2 to 4 inches of rain Wednesday across southeastern coastal Texas.

The warnings were set to expire around 2:45 p.m. Central time, the weather service said.

A 91-year-old woman had to be rescued when water rose in her home, the City of McAllen tweeted. Motorists were rescued in Corpus Christi and other towns, the weather service said, and many law enforcement agencies warned motorists not to drive into water-filled streets.

McAllen officials also posted a photo showing a large section of sunken pavement where floodwater had receded, noting, "There are several sinkholes in the area."

Flash flood watches are also in effect for areas south of Houston to Brownsville, at the Mexican border, with flash flood warnings popping up as storms flare, CNN meteorologists said.

The Corpus Christi office of the weather service tweeted that 12.89 inches of rain had fallen between 7 a.m. Monday and 7 a.m. Wednesday in the city's northwest section.

Showers and thunderstorms are forecast to continue through Thursday, the National Weather Service tweeted.

The system producing the rainfall is not a tropical system, CNN meteorologist Brandon Miller said, but it does contain ample amounts of tropical moisture and is dumping it at rates normally found in a tropical storm.

'Nervous about losing their stuff again'

North of Houston, the city of Port Arthur, which along with Beaumont was devastated in August by Harvey's floods, was swamped again Tuesday by the weather system now pummeling points south.

Video from Port Arthur showed streets turned into raging rivers as cars slowly made their way through them.

"It's concerning. A lot of people just lost a lot of houses ... over Harvey," Robertson told CNN affiliate KBTV. "So, a lot of people are probably nervous about losing their stuff again."

"While rainfall totals will not even come close to the amount that Harvey left in its wake, the region could still suffer damage from flash flooding, downed trees and travel disruptions," he said.

Harvey dumped record rainfall of more than 60 inches over just a few days after it hit southeast Texas as a Category 4 storm. Dozens of people died and millions were affected in and around Houston, the nation's fourth-largest city, and along the Gulf Coast.