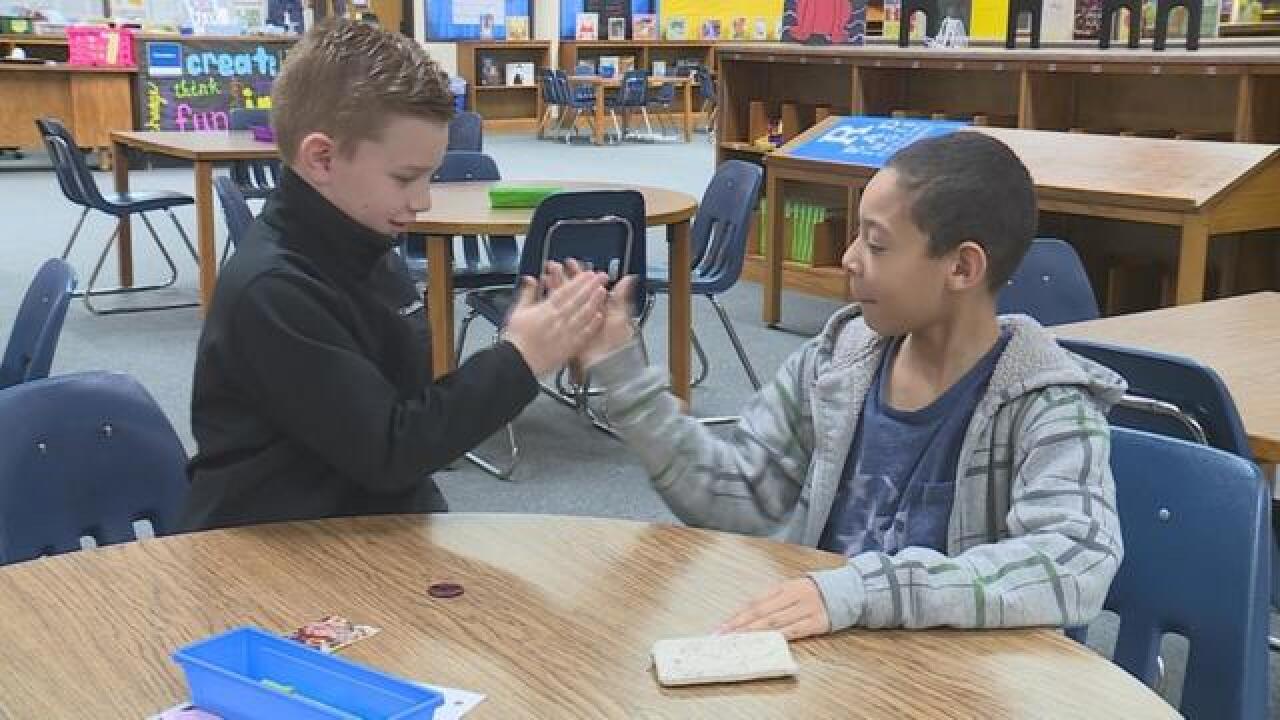 (WYFF) A South Carolina third grader is being recognized after giving away a portion of his birthday money to a friend in need.

Jackson Garrett noticed his friend Mark White didn't have a lunchbox or socks and wanted to help.

"I had my wallet and I gave him $32 and some cents so he can get all that stuff that he needs," Jackson says.

"I thank my friend. I love him. He's my best friend ever, and I am very thankful to have him," White says.

The boys said that most of the money was spent on Lunchables.