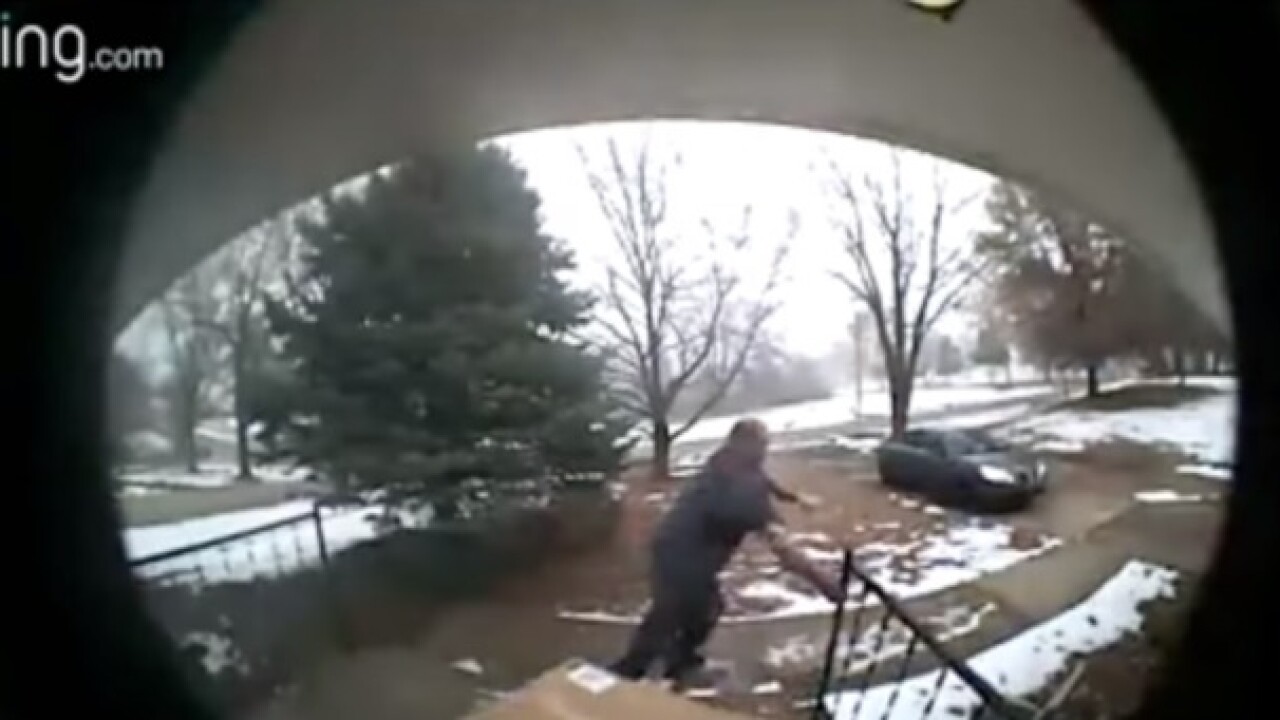 We see the story every holiday season of porch pirates swiping packages right off of resident’s porches.

But a Kansas City homeowner got the better of one thief, who was sent running from the home, and it was all caught on camera.

According to Kansas City Police, a South KC resident sent the video recorded from his Ring doorbell.

He said he received a notification on his phone that there was someone at his front door.

When he saw the guy go for the box, he triggered the alarm, spooking the thief into running from the front door back to his car, and the crook drove away.