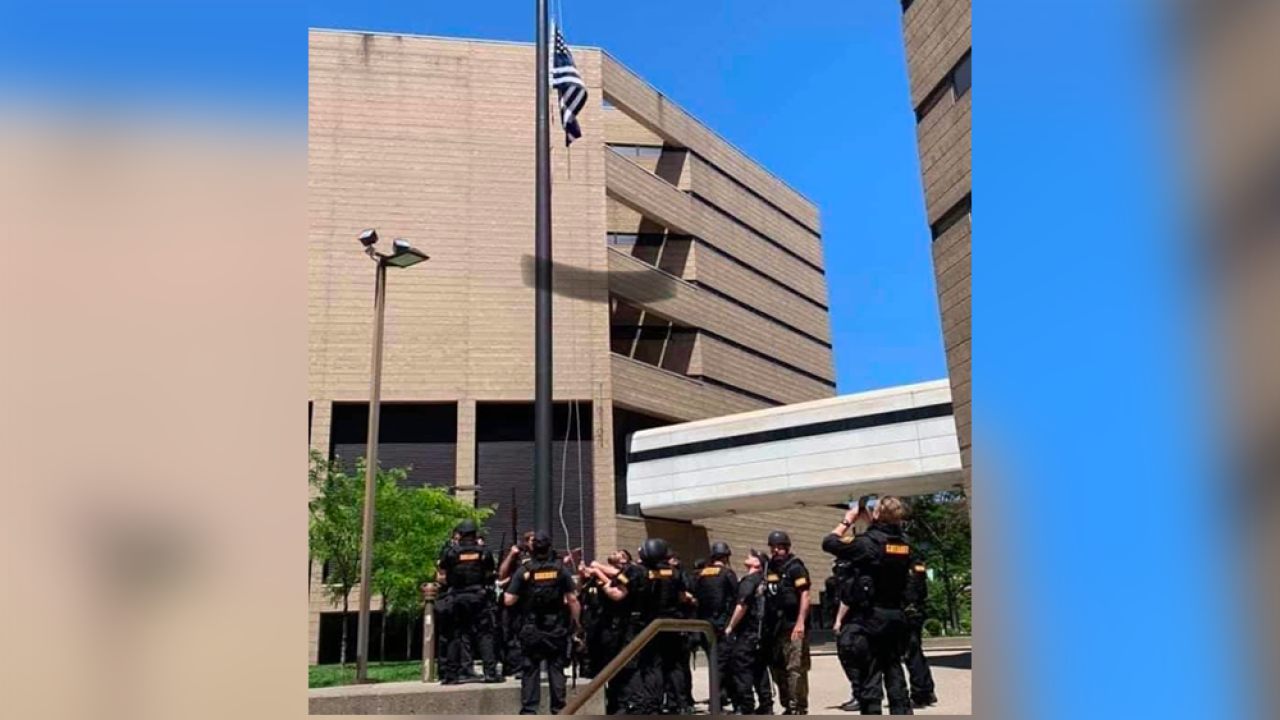 In a tweet posted hours after the photo went viral on Twitter and Reddit, Neil wrote that deputies raised the flag in honor of a Cincinnati police officer whose ballistic helmet had been struck by a bullet during anti-police brutality protests early Sunday morning.

"The flag has been removed and we will replace it with the American Flag in the morning," he wrote.

"Should have been replaced with American flag immediately," fellow Democrat Chris Seelbach tweeted back. "Not replaced with a politically charged blue lives matter flag when thousands are protesting in our streets because #BlackLivesMatter. Sheriff Neil has only made things worse. Again."

The "thin blue line" is an idiom used by many law enforcement organizations, their families and their supporters, who describe officers as the "thin blue line" separating society from chaos. The flag flown in Cincinnati Sunday — a black-and-white American flag with one blue stripe — is a pro-police symbol that frequently decorates bumper stickers, mugs, and T-shirts.

In the face of a protest fomented by a Minneapolis officer's killing of George Floyd, however, some viewers viewed the display as tasteless and deliberately confrontational.

A picture of the flag being raised circulated online for much of the afternoon, drawing the reproach of commenters who supported ongoing local and national protests against police brutality.

"It feels like they are looking for a fight," wrote one commenter on a Reddit post. "They should try to help the community, not antagonize them. Idk what I expected."

"Man, they're really saying the quiet part loud," wrote another.

The protests that began with Floyd's death have become a national movement that is, like the larger Black Lives Matter movement, frequently critical of police in general. Images of police attempting to quell protests circulated on Facebook and Twitter throughout the weekend, including videos of officers pepper-spraying protesters at close range, pulling people from their cars and firing rubber bullets into crowds.