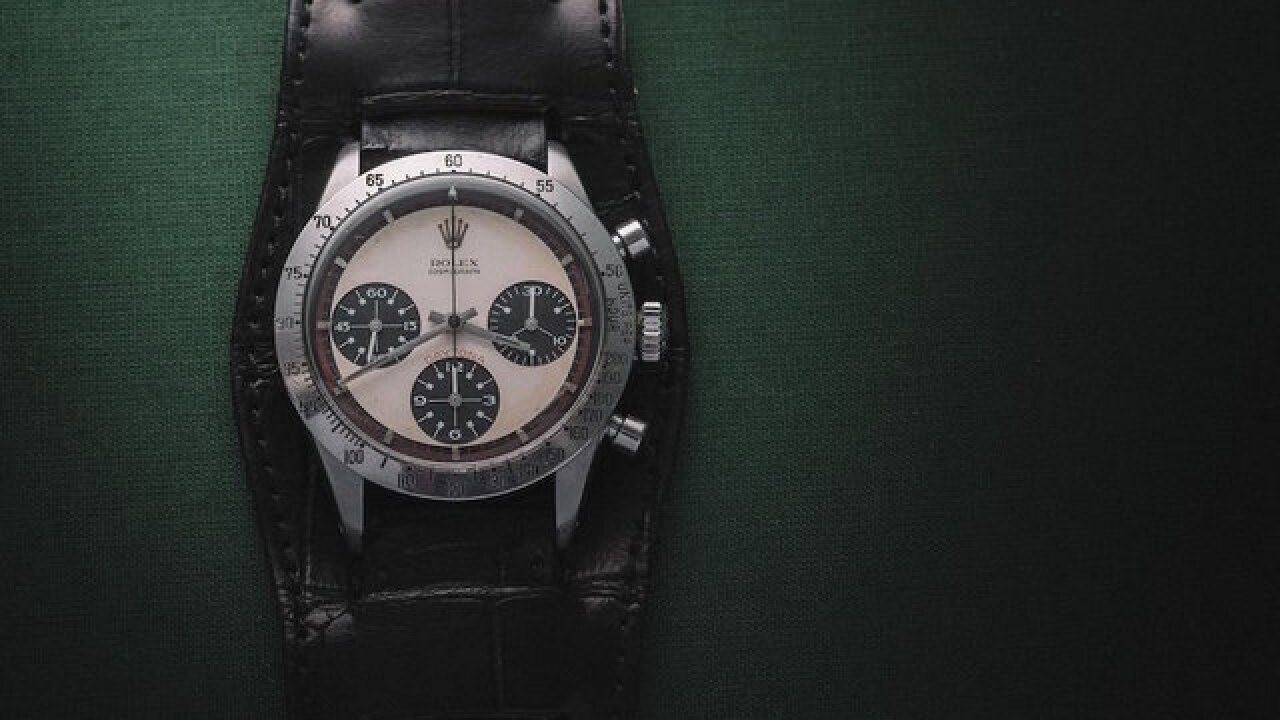 © 2017 Cable News Network, Inc.
Phillips
<p>A bidder agreed to pay $17.8 million on Thursday for a Rolex Daytona that used to belong to actor Paul Newman, setting a new world record for a wristwatch sold at auction, according to New York auction house Phillips.</p>

It's a lot of money, even for a Rolex.

A bidder agreed to pay $17.8 million on Thursday for a Rolex Daytona that used to belong to actor Paul Newman, setting a new world record for a wristwatch sold at auction, according to New York auction house Phillips.

The Rolex was originally given to Newman by his wife Joanne Woodward around the time he was filming the auto racing movie "Winning" in the late 1960s. His use of it sparked a craze among watch fans, who lent his name to that particular style of Rolex dial.

"Demand skyrocketed for all models of Daytona, making it perhaps the most widely sought after collectors' watch up to the present day," Phillips said.

Fast forward to this year, and James Cox -- a former boyfriend of Newman's daughter, Nell -- put the original 1968 "Paul Newman" Daytona up for auction. Cox said the actor gave him the watch in 1984.

Related: The A to Z of luxury watches

Phillips declined to identify the buyer, saying they placed the winning bid by phone. The $17.8 million price tag includes the auction fees.

The auction house described Newman's Rolex, which the actor is said to have worn every day between 1969 and 1984, as "arguably the most iconic collector's wristwatch of the 20th century."

It beats the previous record auction price for a wristwatch of just over $11 million for a rare, stainless steel Patek Philippe. Before Thursday, the most expensive Rolex ever sold at auction was the Bao Dai -- a yellow gold, automatic style -- that fetched $5 million at Phillips in May.

But Newman's Rolex isn't the most expensive watch of all. A pocket watch made by Patek Philippe in 1933 for the prominent banker Henry Graves sold for $24.4 million at Sotheby's in 2015.