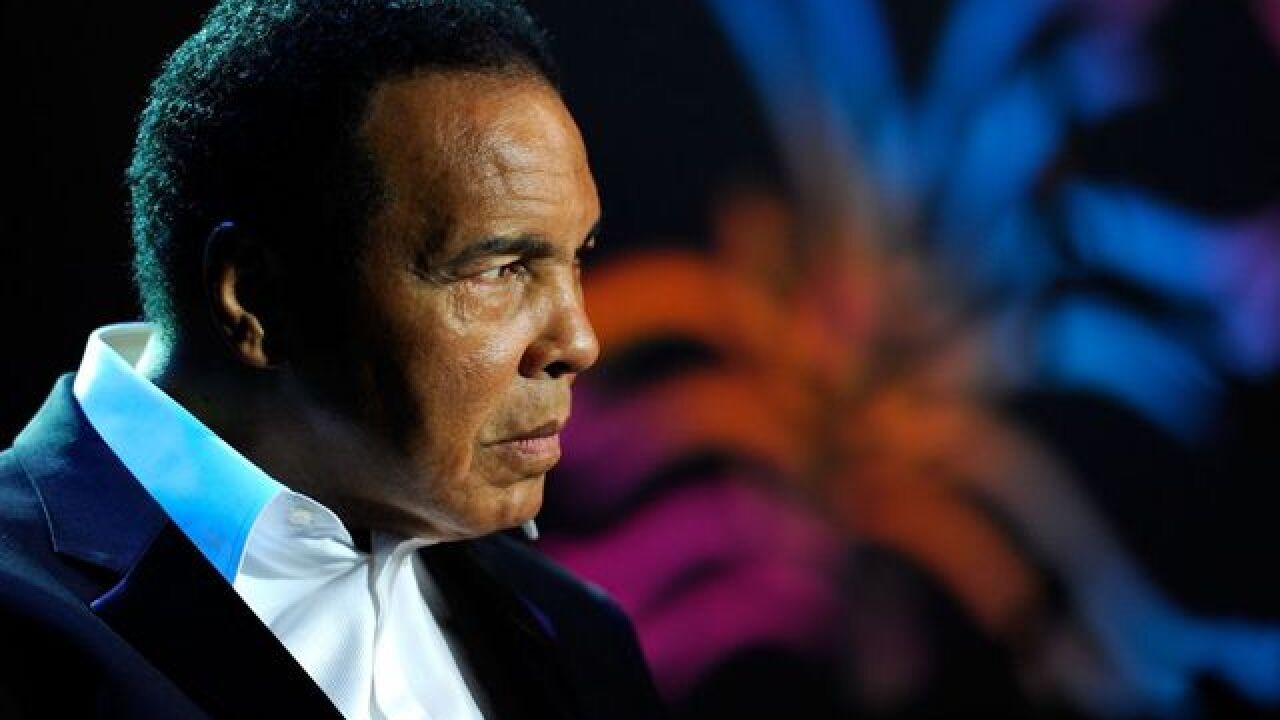 Moments after the death of Muhammad Ali was announced to the world Friday evening, actors, politicians, athletes and even rivals all expressed their thoughts on the passing of Ali.

Ali died Friday in a Phoenix-area hospital, surrounded by members of his family. He was said to be have respiratory  issues exacerbated by his battle with Parkinson's disease.

One of Ali's rivals, George Foreman, was one of the first to speak out on Ali's death. Ali defeated Foreman in the "Rumble in the Jungle" bout if 1974. Ali knocked out Foreman for the first time in Foreman's career.

"Ralph Ali, Frazier & Foreman we were 1 guy. A part of me slipped away, "The greatest piece," Foreman tweeted Friday evening.

My heart is deeply saddened yet both appreciative and relieved that the greatest is now resting in the greatest place," former champ Roy Jones Jr. said. "May God bless the family and all of us that are left behind that were deeply touched by his life. There will never ever be another one like him. RIP to one of the greatest to ever step in the ring."

"If my mind can conceive it & my heart can believe it—then I can achieve it." Muhammad Ali taught us all to dream. pic.twitter.com/my6Cdw2p12

Greatest. He impacted more than sports and inspired more than young boxers. pic.twitter.com/bWMGCYNUBn

The folks in Louisville, KY have become like family to me over the years. My heart goes out to all the folks in Muhammad Ali's hometown!

A child asked Muhammad Ali what he would do when he retired. His long, beautiful answer stunned the crowd.https://t.co/qAuYcJUmv1

Muhammad Ali is dead at 74! A truly great champion and a wonderful guy. He will be missed by all!