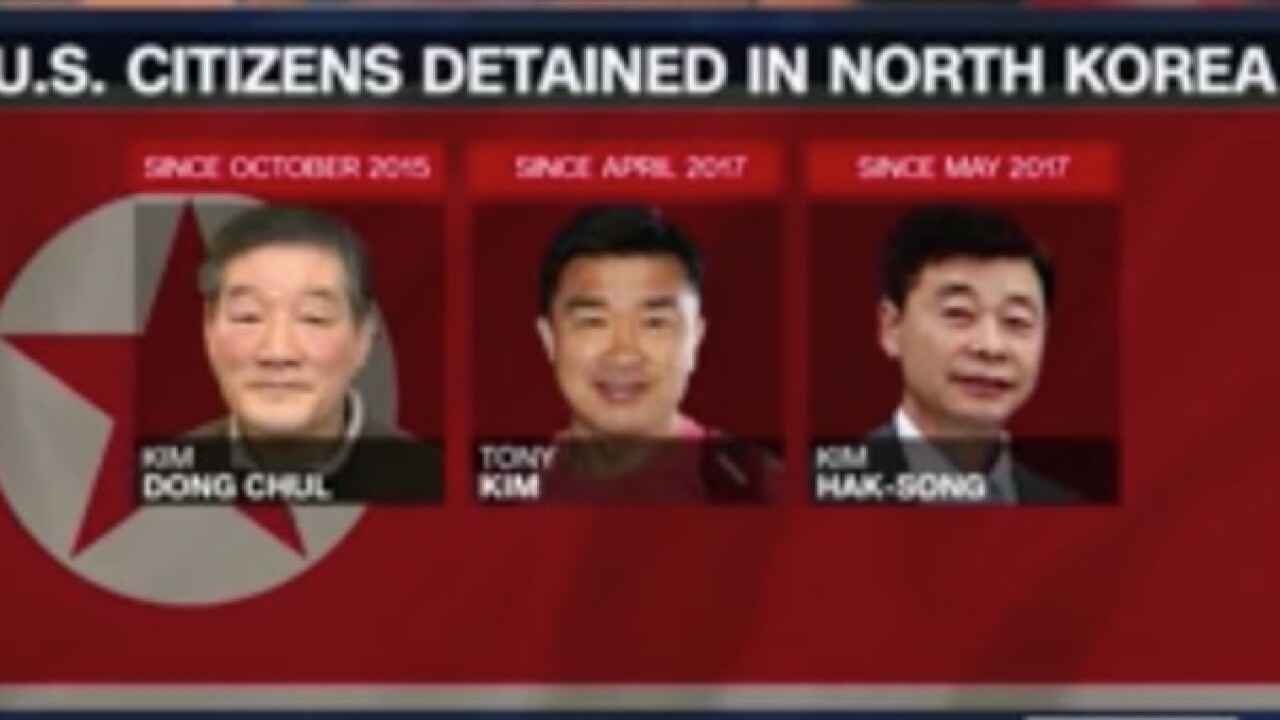 The release of three US nationals currently detained in North Korea is "imminent," according to an official with knowledge of the ongoing negotiations.

The official told CNN the North Koreans made the decision to free the Americans two months ago, and that North Korea's Foreign Minister Ri Yong Ho had proposed their release during  his visit to Sweden in March .

US officials insisted at the time that their release "must not be related or used to loosen the main issue of denuclearization," the source said.

Donald Trump, who looks set to become the first sitting US President to meet a North Korean leader during a planned summit with Kim Jong Un, said last month his administration was fighting "very diligently to get the three Americans back."

He also hinted at a potential development in their case Wednesday night Washington time in a tweet: "As everybody is aware, the past Administration has long been asking for three hostages to be released from a North Korean Labor camp, but to no avail. Stay tuned!"

Kim Dong Chul has been in North Korean custody since before Trump was elected, the other two detainees were arrested last spring, after Trump's inauguration.