Suspect is student at school 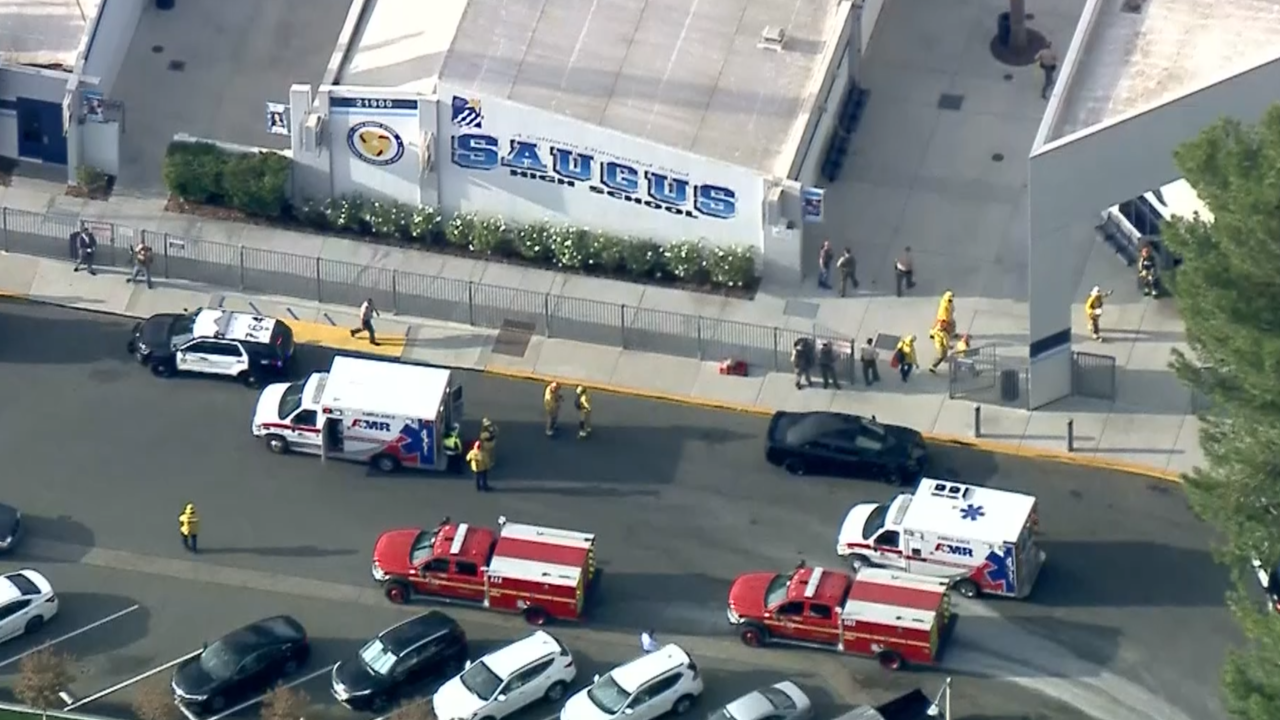 According to authorities, the male suspect, who is a student at the school, opened fire in the quad at Saugus High School in Santa Clarita around 7:38 a.m. before classes started. Authorities were on scene by 7:40 a.m. after receiving several 911 calls about the shooting.

The suspected gunman shot and killed two students, a 16-year-old female a 14-year-old male, and injured three others before shooting himself in the head, police said. He is currently in custody and being treated at a local hospital, according to Los Angeles County Sheriff Alex Villanueva. Officials say he is in grave condition.

Video obtained at the scene showed the suspect taking a .45-caliber semi-automatic pistol from a backpack before shooting the five other students and then himself, said Capt. Kent Wegener of the Los Angeles County Sheriff's Department.

The other victims include two females, ages 14 and 15, and a 14-year-old male, police said. They were transported to local hospitals with gunshot wounds.

Police are investigating the alleged shooter's home, which is near the school, authorities said at a press conference. Officials also said that Thursday was the student gunman's 16th birthday.

The suspected shooter's mother and girlfriend are being interviewed by detectives. Other student witnesses are also still providing information to police.

Other schools in the district were placed on lockdown amid the shooting.

Police say they still don't have a motive in the shooting.

EDITOR'S NOTE: A previous version of this story said that three people were killed based on a report from ABC News. ABC News is no longer reporting that three students have died, and this story has been updated to reflect ABC's reporting.